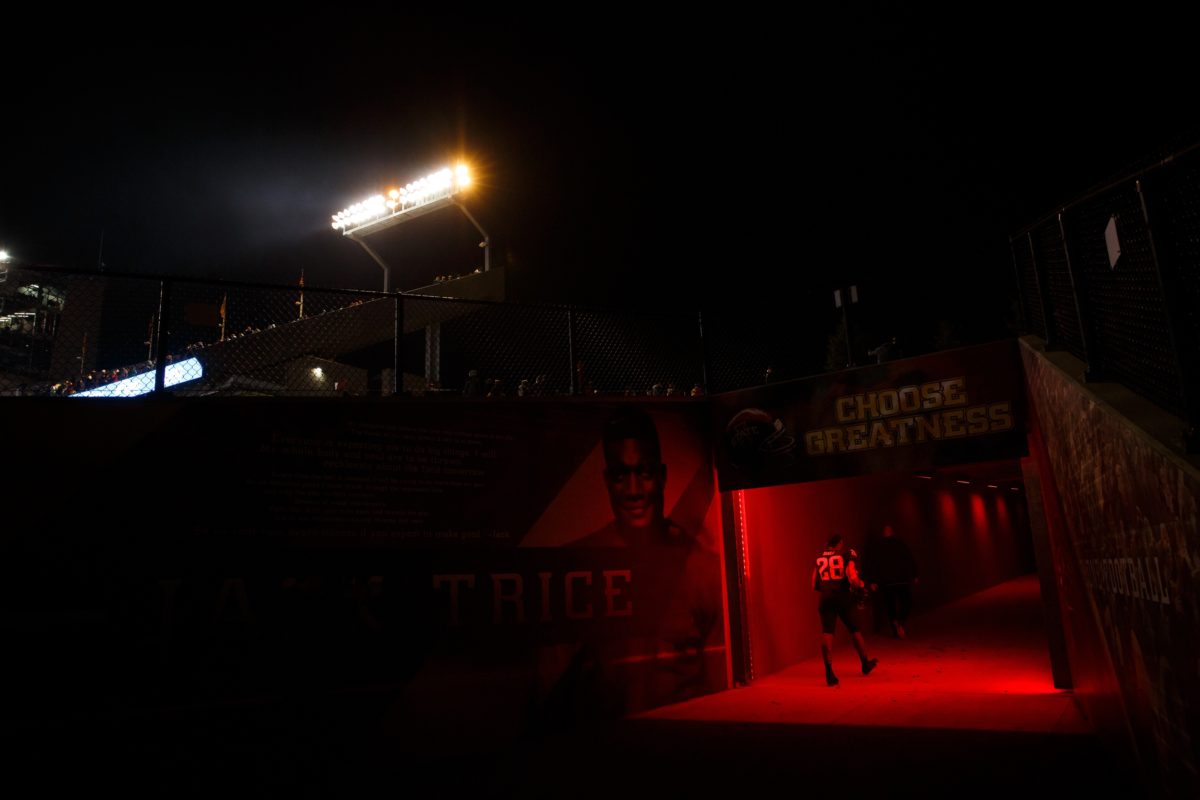 We’ve arrived in the calm before the storm.

One week from now, it will be game-week for Iowa State football — and an impending date with the Northern Iowa Panthers will be the only thing on most Cyclone fans’ minds.

I can’t decide if this offseason flew by or felt like the longest ever. We’ve been waiting for this since the moment the clock hit zeroes in Iowa State’s Fiesta Bowl win over Oregon at State Farm Stadium in Glendale, Ariz. on Jan. 2.

There will be college football played this weekend — and every weekend after that through the rest of 2021.

Before that, though, I want Cyclone fans to do something. Enjoy this moment, the calm before the storm.

Forget about the drama of realignment. Forget about disrespect from national college football writers. Forget about fans of opposing teams trying to tamp down your expectations.

The Iowa State Cyclones are national title contenders in football with a bevy of stars at every level on offense and defense. This is as complete a team on paper as any in the country.

Allow everything else to melt away for a bit and just enjoy that fact for a few moments this week. There’s still time to do it right now before we enter the routine of game week and everything that comes with it, from tedious position-by-position breakdowns versus the opponent to emotional swings from play-to-play on game day.

We haven’t gotten there yet, though. We’re still in the calm. There’s time to sit back and enjoy the idea of what’s ahead for this football team and fanbase in the coming months.

The storm arrives next week.

*** Need to give a quick shoutout to everyone who came out to our CF Premium event last Wednesday evening at the Iowa Taproom in Des Moines and our first-ever event in Eastern Iowa on Friday at Mississippi River Distilling in Le Claire.

I left Wednesday night’s event thinking it was one of the best we’d had in the time I’ve worked for Cyclone Fanatic. Friday night on the Mississippi topped it with the passion put forth by Cyclone fans deep in the heart of Hawk territory.

We’ll be back again. That’s a promise.

*** Something I was asked several times during our events was how well I think Georges Niang fits in his new home with the Philadelphia 76ers. To put it simply — I couldn’t be more excited, both as a supporter of the Sixers and as a supporter of Georges.

The Sixers had one of the worst benches in all of the NBA last season. I mean, it was absolutely abysmal, especially in situations when Joel Embiid left the court.

Bringing in a guy like Niang — who has turned himself into one of the league’s best knockdown shooters from deep — should help cure some of those woes. He’ll also get a lot of open shots when he shares the floor with Embiid, who is nearly unguardable one-on-one and should draw as many double-teams as any player in the league moving forward.

This marriage should work out well for both parties. Let’s just hope nobody brings up the 2014 game between Iowa State and Embiid’s Kansas team at Hilton Coliseum when Embiid was a man amongst boys for the entire night.

*** There are real college football games being played this weekend, including a Big Ten matchup between Illinois and Nebraska. There’s been a lot going on in Husker Country over the last week after it was reported — and later confirmed by UNL — the football program is under NCAA investigation for improper use of analysts and organizing workouts for players during the COVID-19 shutdowns last summer.

Both of these will most likely result in slaps on the wrist when you consider the NCAA’s toothless status on the enforcement front at this point. Neither of those things will lead to Scott Frost losing his job, but one has to wonder how long Lincoln’s prodigal son’s leash is at this point after compiling a 12-20 record in his first three seasons at his alma mater.

If I’m an administrator, I need Frost to show me reasons to believe he can turn things around for the Huskers. The honeymoon — and talking a big talk — period is over. Time to put up or shut up.

*** All that said, I’ve already bet the Huskers at -7 this weekend in Bret Bielema’s debut with the Fighting Illini. This Nebraska team has some personnel tools to be considerably better than most people would expect after how the last three seasons transpired.

Frost’s team has a four-year starter at quarterback, a bunch of new playmakers at receiver, experience up-front on the offensive line and a talented, veteran defense with five six-year seniors in the two-deep.

Nobody should expect Nebraska to contend in the Big Ten West, but there are signs — on paper — that this team should be markedly improved from a year ago.

*** On a non-sports note, if you’re not watching Apple+’s Ted Lasso, you need to be. It is one of the most delightful and heart-warming pieces of content you’ll ever consume on a weekly basis. It will go down as a TV all-timer once things are all said and done.

You also will not regret taking the time to watch FX’s Dave, which follows the career of aspiring rapper Lil Dicky, who is a real rapper and the star of the show. It has some truly infuriating moments involving its main character’s lack of self-awareness, but it remains a masterpiece in modern storytelling. Lil Dicky’s hype-man, GaTa, steals the show and should be represented when the next round of Emmy nominations comes out in 2022.

*** Remember, take a breath and enjoy the calm before the storm. Have a great last week of the offseason, Fanatics. 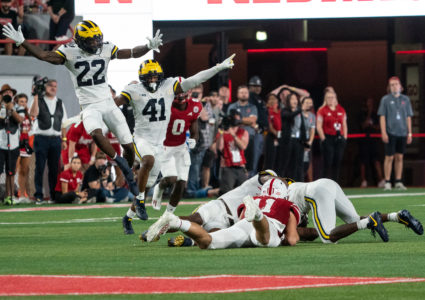 Monday Musings: The purgatory of close

MONDAY MUSINGS: Can 10 years of frustration finally come to an end?