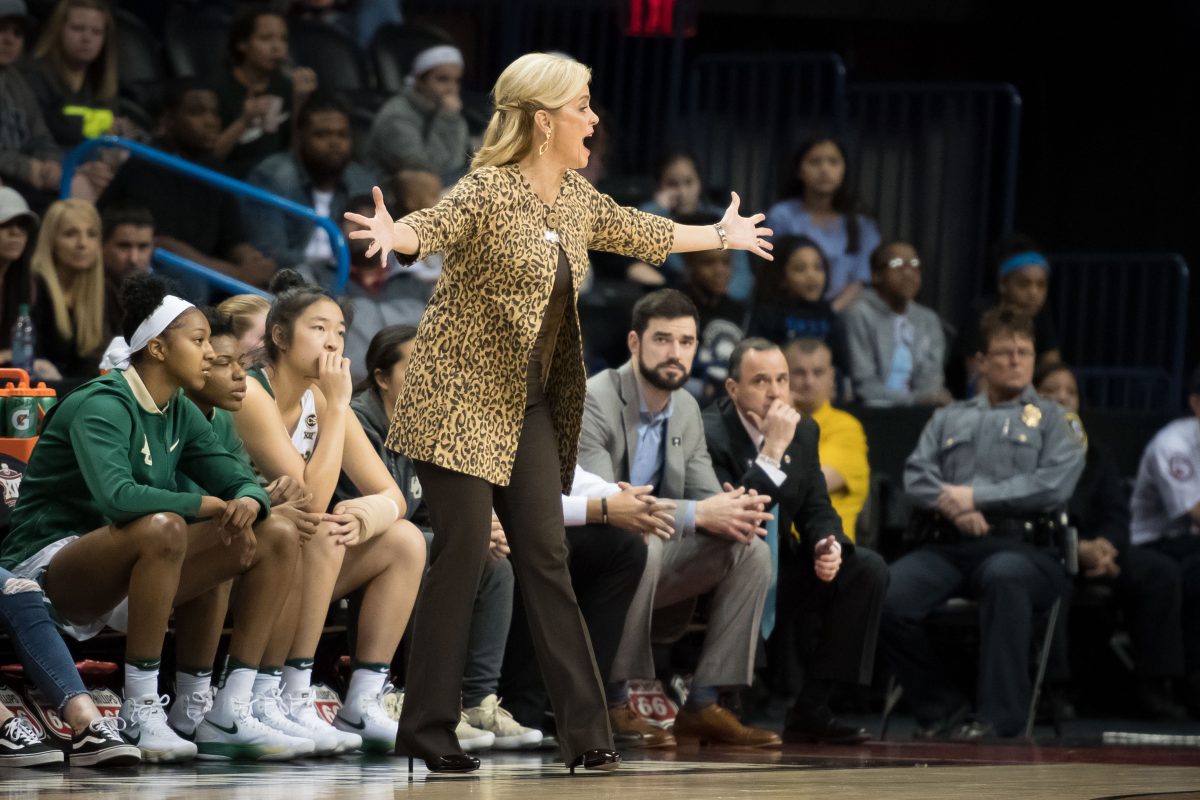 Like many of you, I have a love-hate relationship with the Baylor Lady Bears’ head women’s basketball coach Kim Mulkey. Her sideline and press conference antics have the same effect on me as those of Bill Self and Fran McCaffery (as in they make me want to throw things) but at the same time, I respect the hell out of her. Not only does she know exactly who she is, but she is unapologetic about it and has been wildly successful because of it.

So Saturday night, after Iowa State beat No. 6 Baylor in a 75-71 thriller, I fully expected Mulkey to say something in the postgame press conference that would, well, make me want to throw something. But like all the other times, thanks to that whole respect thing, I fully expected I’d shake my head and get over it.

Turns out I was wrong—at least about the getting over it part.

The first thing I read when I woke up on Sunday morning was an article written by ESPN’s Mechelle Voepel titled, “Baylor’s Kim Mulkey: NCAA basketball season goes on because ‘almighty dollar’ trumps health.”  In the article were Mulkey’s comments after Saturday’s loss to Iowa State:

I didn’t even get through the entirety of Mulkey’s quote before I was fired up. And I stayed that way. All day Sunday. But it took me until Sunday night to figure out exactly why.

There are two reasons why, actually. And as much as I hate to admit it, it’s not all Mulkey’s fault—she just happens to be a perpetuation of the two things that have bugged me most about college sports since the start of the college football season.

First, it’s the convenient timing of her comments. Look, she’s not entirely wrong in what she said. We all know it’s Tournament or Bust this year for the NCAA. The almighty dollar is the Almighty Dollar now more than ever. So I’ll give her that. I happen to think she’s wrong about money trumping the health and welfare of the coaches and student-athletes, but I’ll save that discussion for a different day. The point is, even if she were right, her comments came on the heels of an upset to a team that has been a recent thorn in her side.

Thanks to the timing, she sounds like she’s making excuses for the loss.

This is the same problem I had with the Big Ten suddenly making its COVID-19 protocols less stringent in the middle of the football season…when the changes just so happened to benefit Ohio State. Convenient, right?

The Big Ten protocols were head scratchers to begin with, so it’s not the change I had a problem with—it was the timing.

We learn more and more every day about this virus. How we handle it and what’s safe and what’s not are constantly evolving, so I am completely supportive of individuals and conferences changing their respective stances as more information becomes available. But, come on, guys. Read the damn room.

If you’re going to go scorched Earth on the NCAA in January after months of not objecting and you want your comments to be taken seriously, don’t make them in the moments after a loss to a team that’s been a recent thorn in your side.

Mulkey had COVID, so maybe the experience genuinely changed her mind about the appropriateness of the season. But the timing! The convenient, self-serving timing sure makes it feel disingenuous.

Aside from the timing, I’m also growing more and more frustrated by the lack of credit given to programs that are able to successfully evade the virus.

Due to positive tests, the Lady Bears had to pause activities on January 5 and didn’t have a full workout with Mulkey until Saturday. They were also without two players who were still in quarantine. So, yes, COVID very likely played some role in Baylor’s loss to the Cyclones.

But the flip side of this coin is that Iowa State women’s basketball team doesn’t have a COVID problem. And with every day that passes without issue, that becomes more and more of an incredible feat.

We saw this with Iowa State’s football team, too. As the season progressed, we were constantly reminded of every game that was being postponed or canceled, but only occasionally did we hear about how Iowa State was able to march on and complete a full season as scheduled.

Is part of it luck? Absolutely. But so much more of it is due to a level of discipline and sacrifice that I won’t even pretend to understand.

So let me put it this way: This season, if a COVID-free team beats a COVID-affected team, I don’t want to hear COVID used as an excuse for the losing team unless props are also given to the winning team for avoiding it. Because if a team can steer clear of COVID, that’s a win in itself.

And this is where Mulkey got me all fired up again. She commented that there are some opponents Baylor could beat with as little preparation as they had leading up to Saturday’s game, but not Iowa State. And then she said this:

“That team has 3-pointers that expose us — that team has great coaching. It was the perfect timing for what you saw happen to happen.”

Perfect timing—implying that under “normal” circumstances, the 75-71 loss wouldn’t have been the outcome. And you know what? Maybe she’s right. But the abnormal circumstances aren’t the fault of the Cyclones, who have managed to find that mix of luck, discipline and sacrifice. And they’ve done so in what Mulkey herself described as “unusual” and “uncomfortable” conditions.

Things are hard at Baylor, are they? Well, things are hard everywhere, including in Ames too. (“We’re no different at Iowa State,” said me.) So this season, more than ever, cut the backhanded compliments and just give credit where credit is due.

The Cyclones face the Lady Bears again in less than two weeks on January 31. Who knows whether Baylor will be back to full strength by then or whether Iowa State will still have that magic mix of luck, discipline and sacrifice. If this pandemic has taught us anything, it’s that a lot can change in two weeks.

But you know what won’t change between now and then? Mulkey. And there’s a good chance I’ll still be fired up too.

CFTV: Fennelly and Mulkey react to ISU’s upset win over No. 2 Baylor 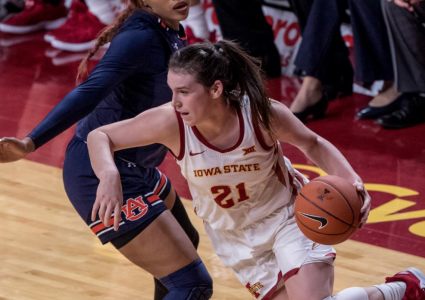 Bill Fennelly on Bridget Carleton: “No doubt” she should be Big 12 PoY