Going off what we have seen this year, Iowa State is the better team. However, on paper, that edge might go to the Cowboys. It’s a true tossup. I think the time off probably helped Oklahoma State. I fully expect Mike Gundy to come out with a trick or two up his sleeve on offense. Huge game. Give me the Clones.

This is one of the toughest games to analyze since I’ve been covering the Cyclones. Iowa State is getting gradually better and I think we’ve seen flashes of how good this team can be when it is all said and done. On the flip side, I know Oklahoma State is a great collection of talent, but I don’t know that their resume has allowed them to prove they’re a great team to this point. I truly think it is a toss-up and could go either way. For that reason, I’ll side with the home team on a late field goal, but I’m torn in even doing that.

As Jeff Woody notes below, this is yet another “prove it” game for the Cyclones, who have come close, but not quite “proved” they are anything beyond a good team the past three-plus seasons. Will Saturday provide a breakthrough “prove it” moment? I think so. ISU’s ability to run the ball consistently with Breece Hall behind a solid, but banged up offense line — along with Brock Purdy’s smart and increased usage in the run game — is a recipe for wearing down a fast, but not overwhelmingly big Okie State defense. The Cowboys gamble a lot, so this is a huge game for the wide receivers, who will often draw single coverage and become prime play-action targets. I’m not concerned about the Cyclones’ defense. The D-line will almost certainly control the line of scrimmage and I see at least a couple takeaways on the horizon. What does concern me is OSU’s big-play threats — Tylan Wallace and a strong receiving corps, in particular. Still, I’m convinced to an unusually (and unsettlingly) high degree that the “proof” of ISU graduating from good to borderline great emerges Saturday in Stillwater.

OSU is good and different than years past schematically. They structure their defense after the ISU 3 down model and are using their tight ends effectively in the run game with a dynamic back.

Without fully analyzing the offense, I will not be surprised if ISU has a hard time slowing them down. Duh. The OSU D concerns me as they are aggressive and blitz creatively and frequently. That is not a good formula for the ISU offense. The ball will have to be delivered early and the RB and TE’s will need to catch most of the passes.

The equalizer is if ISU can establish the run. If they can, then the OSU formula is mitigated a bit. I think it comes down to turnovers and an under-pressure Brock Purdy turns the ball over. By the slimmest of margins, I give OSU the edge in this match-up.

This game is important on a bunch of levels. One is obviously the implications of the Big 12 title game (while still obviously in October). Another, though, is that this is a “prove it” game. Texas Tech is a fine team and they’re explosive, but they’re no Oklahoma. But Oklahoma State is, if not more explosive. ISU had a big win, then a dominant win over an average team. This is a prove-it game to show that it isn’t a flash in the pan and they can beat good teams consistently now that they’ve put themselves in the national eye. Iowa State has to keep things contained regarding Oklahoma State’s offense and make them feel stress. For the Cyclones to be at their best, OSU has to feel like every possession matters more than it actually does due to how long ISU keeps the ball for themselves and how much they stop big plays on defense. If they do that, this game could feel comfortable like Tech. If they don’t, this game gets tense but I don’ think it gets bad like last year’s 1st quarter. Breece Hall continues to roll and the tight end-based offense wears down the OSU defense but OSU hits on a few big plays.

Picking this game is tricky. Oklahoma State always seems to have a great game plan lined up to use against the Cyclones. Even in the 2018 win in Stillwater that was Brock Purdy’s coming out party, the OSU offense moved the ball well to the tune of 415 yards while racking up 42 points. The Cowboys got their revenge last year in arguably the low point of Purdy’s career thus far – remember three consecutive interceptions to close out the game?

You have to go back to 2014 for the last time either team has beat the other by a double-digit margin, and I’m expecting another closely contested match-up this year. I’ll take ISU in a nail-biting victory that sees a large dose of Breece Hall in the 4th quarter.

We’re just past the halfway point of October and we think we know that Iowa State has a really good football team. As for Oklahoma State, after playing just three games within the ebbs and flows of the 2020 season and I think the jury is still out for them despite their top ten ranking.

The offensive explosiveness with the Cowboys is always an issue and that is no different with Tylan Wallace, Chubba Hubbard, and probably at least two other wide receivers I have yet to sports-hate, but will soon. That teams up with the defensive game plan that gave the Cyclones and Brock Purdy fits in 2019. Will that film propel the ISU offense to better success or will OSU have made the counter adjustments already?

This is a gigantic game in terms of the Big 12 race. A win puts the Cyclones on very solid ground to make the championship game in Dallas while a loss is far from a deal-breaker on that quest. I think the ISU defense will largely do their job but even in the last three years, Oklahoma State has consistently been able to put up points against these defenses. The Cyclone offense will likely need to get well into the thirties to have a chance. 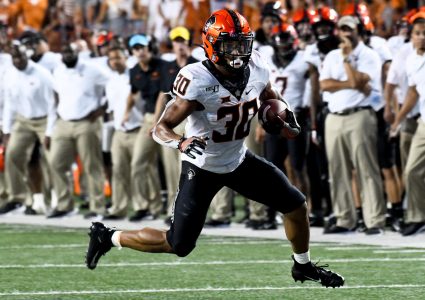 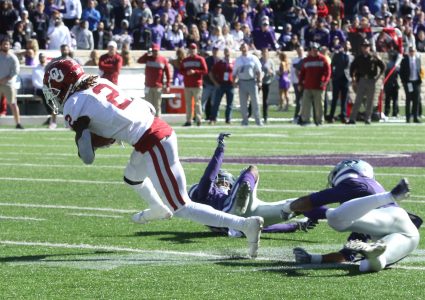