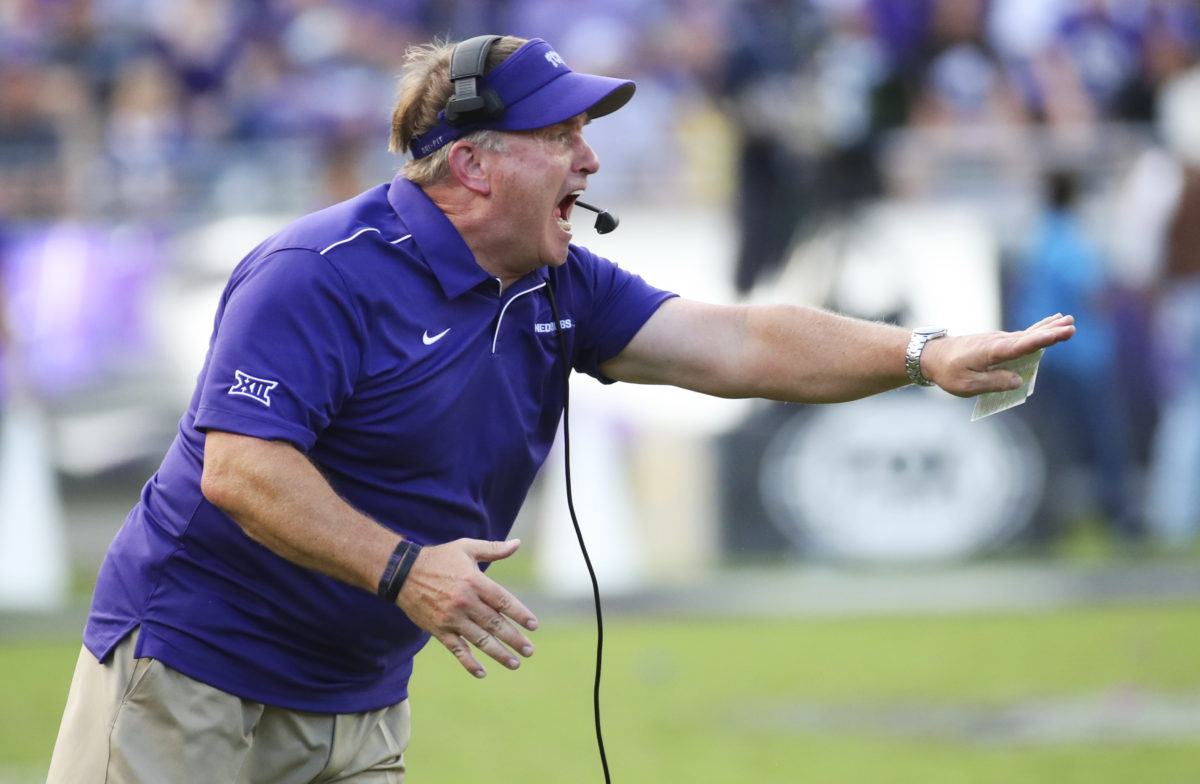 We won’t know till game time what Iowa State’s injury situation is like on offense. I’ll tell you what I do believe to know though … TCU, with a ton of uncertainty at quarterback, is going to have a difficult time scoring points. I see this as a bruiser of a game, potentially ugly offensively. Hoping that Iowa State breaks through on that side of the football. I do believe Iowa State wins the game though.

I think Iowa State will have corrected some of their problems from the season-opening loss, but I think this TCU defense is going to be good. Anticipate a back-and-forth slugfest from beginning to end.

I’m firmly convinced ISU’s defense is stout enough to keep the team in every game. The offense still worries me, but I think special teams will be fully cleaned up. So it might not be pretty, but I think the Cyclones will manage to do just enough to win in Fort Worth.

I think the offensive issues are a continued plague against a good TCU defense. ISU has a three game trend of poor offensive production and putting the defense in difficult positions on both special teams and with turnovers.  Until I see different scoring and winning is going to be hard. I also will be very happy to be called an idiot.

ISU usually doesn’t hit its stride until October. I think this still will be kind of sloppy offensively for ISU. Cleaner than Louisiana, but there will be more stuff to clean up regarding rhythm and roles (Who’s the big play threat? Who’s the underneath threat? Who’s the third-down guy?). The defense having a game under their belt and the TCU offense not having one is a big deal. TCU still scores on some explosives because, ya know, it’s TCU, and they always have ridiculous athletes. But generally, I expect another groaning, figuring-it-out game where ISU is simply less clunky in game 2 than TCU is in game 1.

As bad as the Cyclones looked in their season opener, there are a few things that make me optimistic that we’ll see a turnaround performance in Fort Worth. First and foremost is TCU will be facing a similar situation that Iowa State had against Louisiana – first game of the year against a good team in their home stadium that won’t be filled to the brim with a friendly crowd. Not only that, but the Horned Frogs might be playing quarterback musical chairs with Max Duggan getting approved to play, but not being named the starter. Tack on that we’ll likely see a much more focused ISU team, plus (hopefully) a more aggressive offensive approach, and you have a recipe that points to the level of play we’ve come to expect from the Cyclones the past few seasons. That level of play helped the good guys beat TCU 49-24 last year, and while I don’t expect that big of a victory this year, I do think we’ll feel much better about the season’s outlook when this game has concluded.

As usual, things probably aren’t as bad as they seem. The opener was certainly disappointing but I’m banking on it being the anomaly of the season *fingers crossed*. At the same time I’m pretty terrified of an 0-2 start with Oklahoma coming to town, so let’s not do that.