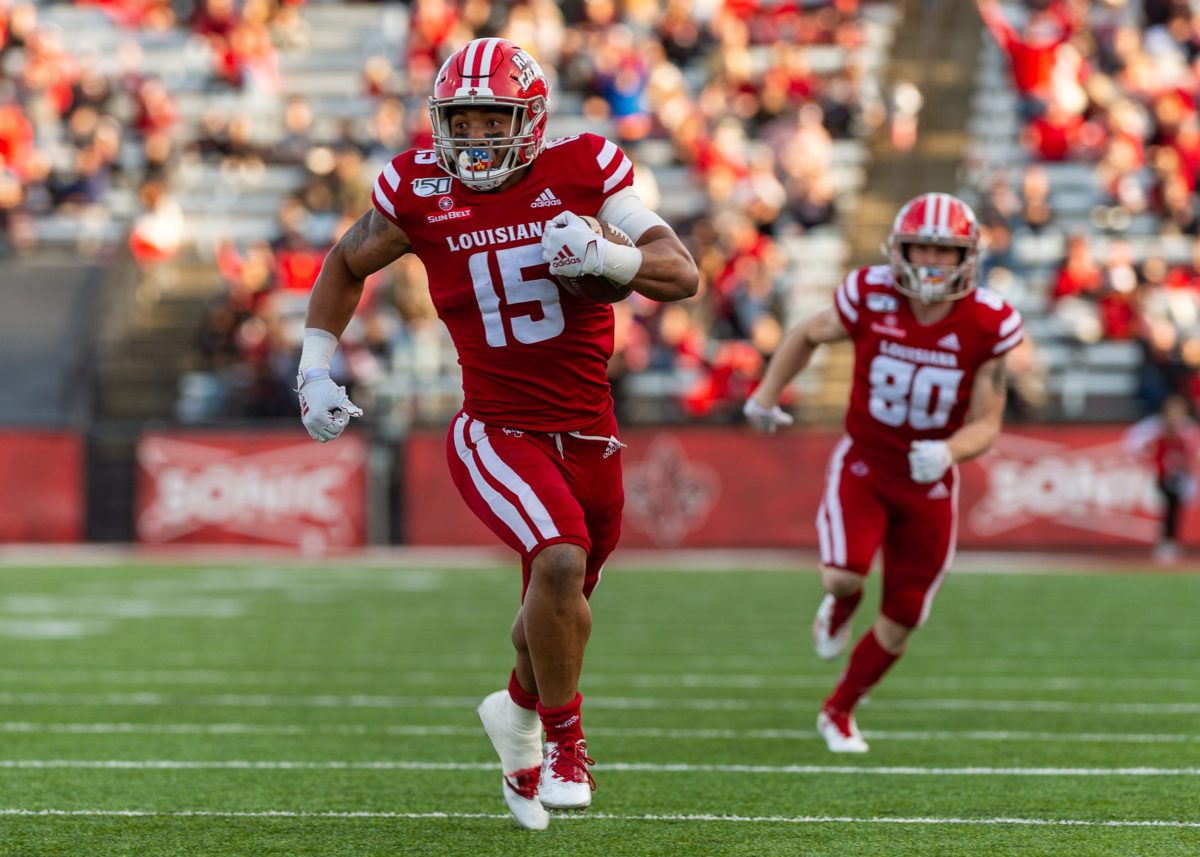 Can you compare this Louisiana team to the Louisiana-Monroe squad we saw Iowa State absolutely boat race a season ago? I don’t think so. Plus, Iowa State doesn’t have two games under its belt this time around. How do the Cyclones come out of the gate? Campbell teams traditionally start off slow. I think this one is different though. We’ll see. So many unknowns this year. My pick is more about Iowa State – and the team I think the Cyclones will be – and much less about a Louisiana program that I have a ton of respect for.

The later we got in the week, the better I felt about this game for the Cyclones. That is largely due to the fact that I feel better about the Cyclones as a team. This is a veteran group with an experienced quarterback, experienced playmakers and a very experienced defense. Sure, the offensive line remains a concern, but I feel like the pieces surrounding those five guys give the Cyclones a chance to move the ball effectively. I see Louisiana keeping things within striking distance for most of the game, but Brock Purdy and Sean Shaw connect for a late touchdown to put things out of reach.

I think the Brock Purdy-led Cyclone offense will pile up big numbers against the Ragin’ Cajuns’ defense, but it is week one with a mostly new offensive line, so expect some hiccups, as well. Louisiana quarterback Levi Lewis, buoyed by a bevy of talent and experience on offense, is extremely prolific and efficient, but I think the Cyclones’ defense finds a way to snag a couple turnovers. A strong pass rush and solid containment will cause problems for Lewis, who has never faced a defense this good and this deep.

Is this the year Iowa State takes the field in the opener with an identity and attitude? Instead of developing that identity through the first four games? Yeah, I think Purdy, Eisworth, Bailey, Kolar, and Allen make sure that happens. Louisiana is good, Iowa State is better. Weather factors and the uncertainty kick the “default” meter up where pure talent is a higher factor. Iowa State has it. Louisiana will play well, but Iowa State will show they are a contender. A comfortable margin that is never really in doubt.

What a weird time to be alive. Also, don’t bet on this game. Just don’t. Hell, don’t even bet on the first 2 weeks. Because of the preparation being so all over the place with restrictions and reshuffling schedules and practice guidelines, it’s going to take 3-4 weeks for teams to really settle into a groove. With all that being said, here’s me doing the exact opposite of that. Iowa State and ULL are both experienced teams, but with Eisworth and Rose coordinating the defense and Newell and Purdy guiding the offense, it would be surprising to me that the Cyclones are the sloppier team. Iowa State runs strong with a stable of runningbacks and Breece Hall’s ability to break tackles is magnified with a lack of tackling in practice. Not clean or comfortable and a little clunky, but Iowa State comes out with a gritty win.

Following a three-hour thunderstorm delay, Iowa State emerges from the tunnel and deploys an offensive scheme that heavily relies on the power run game out of necessity due to a wet and slippery Jack Trice Stadium playing surface. The approach works, as the Cyclones are able to grind out a win led by nice statistical showing from Breece Hall, but the final margin isn’t what most fans hope for in a typical season opener. Still, socially-distanced victory beers are consumed statewide.

I’m a little bit scared… the global pandemic, the same pattern in weather the past five years (massive rain in May, dried out by July, August drought, and return of massive rains in September), high fan expectations for this football team, the weird scenario with having no fans in the stadium, and what has become uncommon in season openers for Iowa State and Matt Campbell–comfortable wins. Louisiana packs an offense and even if the defense lags behind a few mistakes can turn the tide quickly to turn a game that was dreamt to be an easy win into a figurative root canal. Odds are Iowa State wins, but, I’m scared (possibly irrationally).