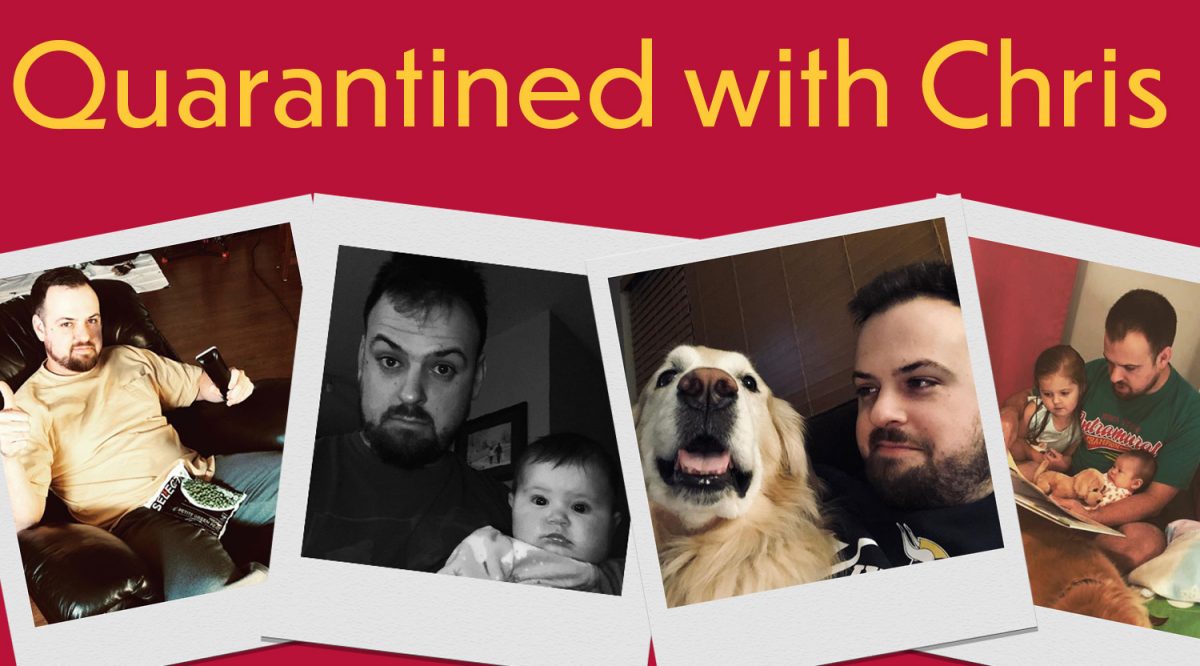 Every day during our nation’s fight against the Coronavirus pandemic, Cyclone Fanatic Publisher Chris Williams will post a compilation of his favorite links to help tide you guys over during tough times.

— This news broke my heart. Gary Rima, the Voice of the UNI Panthers, is a phenomenal human being and has been great to me over the years. He’s losing his daily talk show on KXEL starting at the end of the week. This was a great profile on Rima and the end that is coming from the Waterloo Courier.

9:30 a.m. — First of all, my apologies for not updating this over the last few days. It turns out that working from home while caring for a 6-month old and a 5-year old is more difficult than I anticipated.

The above was kind of a joke, but very serious.

God bless all of the teachers and daycare providers out there and stay-at-home moms, y’all are a bunch of bad asses.

I have been saving links as I go though, so I’ll unload a bunch of them now.

— Controversial basketball commentator and talk show host Dan Dakich got himself into some trouble this week. — Indy Star

— A fascinating read on the economics on the Monaco Grand Prix. (Yeah I don’t expect this one to be a major hit to you guys but it is right in my wheelhouse.)

— Hopefully the NBA Playoffs get to happen this summer …. Let’s be optimistic and assume that they do …. what are current NBA players doing to keep their bodies and minds sharp during this time off? — The Ringer

— A couple of great financial links for you guys today if you’re worried about the stock market or even seeing this recent downturn as an opportunity. The first, what Warren Buffett is telling his Berkshire shareholders right now. Then, what the great John Bogle might be saying about the coronavirus.

— For you weather geeks out there, Hawaii saw its first tornado warning in over a decade this week. — Washington Post

— Check out my new podcast with Dr. Matt Erdman, one of my best friends who is a microbiologist up at Iowa State. He dumbs down the pandemic for a simpleton like myself. We also talk some investing at the end.

How you guys doing?

Here are some fresh links for your AM.

— Americans hoarding toilet paper during these times is super weird. According to the Wall Street Journal, toilet paper sales in this country were up 60 percent (!!!) ending on March 7 compared to this time last year. Industry leaders in TP are telling people to chill out though. Fascinating stuff, in my humble opinion.

— Speaking of that, bidet sales in this country are also going through the roof!

— HOOPS! Jeff Goodman released his ridiculously early top 25 for the 2020-21 season today. Iowa State is not ranked. — The Stadium

— How small business owners in Iowa are getting creative to stay afloat during this crisis. — ABC5

— For Minnesota Vikings fans, courtesy of CBS. With Steph Diggs heading to Buffalo and two first round picks in the holster, who are some draft prospects for the team?

— Interested in Tom Brady jumping ships to the Bucs? This is as good of a read as you will find on it from Bill Barnwell of ESPN.

— From Barrett Sports Media, on being a sports talk radio host during the Coronavirus outbreak.

I work from home most days, but today is different. We got the call last night. Daycare closed.

So for the first six hours of today, a 5-year old, a 6-month old and a golden retriever are holed up in the Cyclone Fanatic home office with me. This is one of the major issues of our nation’s current crisis. When schools and daycares clothes but mom and dad both still have to work, who watches the kids?

I’m not mad at anyone. It’s just an impossible situation to navigate and my heart goes out to all of you reading this in a similar situation. Especially those trying to run small businesses at this time.

We’ll get through this together.

Before I get to sports, can I take a moment to THANK the NFL for free agency! I never thought I would be so refreshed by reading about millionaires getting richer!

Honestly though, such a great distraction. I’ll touch on many of those below. Of course, I am a diehard Vikings fan, so yesterday was very eventful for me.

I’ll be sure to check in on the blog later today too so refresh often.

— A neat read here from WIRED about how during times of social isolation, the Internet – which can be very divisive – brings us together.

— Another inspiring read about online communities, this one from the New York Times. How online donors often help others in “immediate need,” when they need it the most. This one hits close to home as CF users have come to the aid of so many folks in need over the years.

— Another good one from the New York Times … how being locked in your house with one another might be the “ultimate stress test” for marriages across the country. “Remember, your spouse is always right.”

— This is a super basic financial read but one worthy of sharing … why during a market sell-off, DON’T SELL. — Grow

— On MY Minnesota Vikings … Kirk Cousins and the Great Divide — The Athletic.

— Missing the NCAA Tournament? Me too. As is Dana O’Neil from The Athletic, who outlines the little things she will miss the most.

— Rick Pitino admits that he “deserved to be fired by Louisville.” — ESPN

— I’ll leave you guys with this today, as a love for country music lives within my soul. It’s a huge part of my life, especially during hard times. Willie Nelson recently released a new song, which was written by the great Chris Stapleton. It’s fantastic.

Note from CW: Guys, I want to do this for you but it will be therapeutic for me as well. I plan to post multiple links a day of things that I am reading and find interesting. I’ll also post podcasts, movie recommendations, etc. I might even journal my thoughts during this process as well. Thank you for reading.

— I didn’t have anything to do on Saturday night. It was so rare. I actually sat down and watched a movie. Ford vs. Ferrari. Amazing. I’m a big racing guy and car nut so of course, I liked it. The storytelling was fantastic too. Just an FYI. Two-thumbs up. I scoured over the Wiki page of Carroll Shelby last night.

— From one of my favorite writers, Jason Gay of the Wall Street Journal. Sports Have Stopped. It’s Fine. Hibernate for Earth.

— The Vikings and quarterback Kirk Cousins agreed to a new two-year contract extension today, and I’m not sure how I feel about it. — ESPN

— A bit of a downer, but a fantastic read on the Spanish Flu outbreak of 1918, and the “deadliest parade in history,” which occurred in the city of Philadelphia. — Washington Post

— This is one of the most unique pieces I have read in years, courtesy of Lindsay Crouse and the New York Times. The headline says it all: My Ex-Boyfriend’s New Girlfriend is Lady Gaga.

— From Bryan Curtis of The Ringer: What Do We Do Now? Sports Media Ponders the Coronavirus

— On Iowa State Basketball … Jared Stansbury and I recorded this on Friday, recapping the 2019-20 season and looking ahead to what has to happen for the Cyclones to get back on the map. 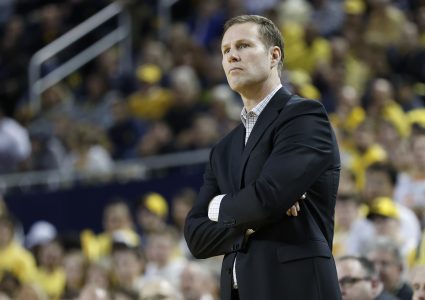 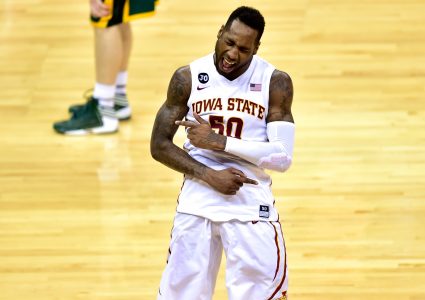 MONDAY MUSINGS: What Iowa State coaches/personalities are up to during the quarantine