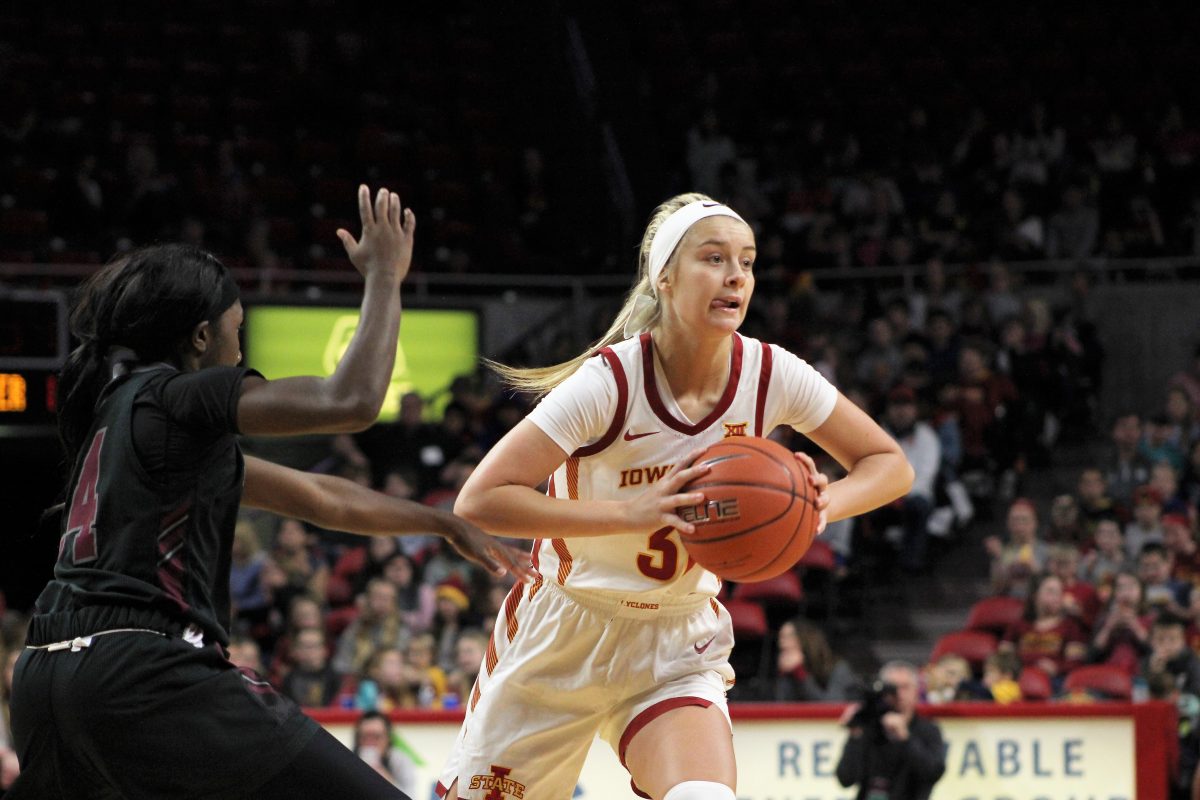 The Following is a release issued by Iowa State Athletics:

In defeat, Iowa State was led by Maggie Espenmiller McGraw, who notched 17 points on 6-of-11 shooting. She was joined in double figures by Kristin Scott (15 points, all in the second half), Jade Thurmon (career-high 14) and Ashley Joens (13).

The Cyclones got off to a solid start, with Jade Thurmon’s attacking to the rim getting the Cyclones a couple of buckets and an early advantage. Maggie Espenmiller-McGraw’s jumper with 5:06 to go in the first made it 10-10, and from there it was all Baylor. The Lady Bears went on a 12-2 run to close out the opening period, with Juicy Landrum’s 3-pointer in the final seconds making it 24-13, BU.

Ines Nezerwa picked up a second foul late in the first quarter, and the home team took advantage with baskets on their first four possessions, three of which came via post-ups, to move ahead 32-15. The Baylor offense continued to bury shots throughout the second period, going 11-of-18 across the quarter which included a 3-of-5 effort from 3-point range, helping BU move ahead 49-26 at the break.

The ISU defense stepped up in the second half. After only forcing two Baylor turnovers in the first half, the Cyclones recorded six in the third quarter. ISU was also able to find its stroke from deep, with three third-quarter treys after three the entirety of the first half.

After being shutout in the first half, Kristin Scott shined for the Cyclones in the second half, getting all 15 of her points in the final minutes on 5-of-6 shooting, including three 3-pointers.

Jade Thurmon continued her strong run in the lineup, recording a career-best 14 points, 11 of which came in the first half. She also dished out four assists.

Maggie Espenmiller-McGraw followed up her 20-point outing against Kansas on Saturday with 17 to lead ISU on Tuesday night. She got her output on 6-of-11 shooting from the field. She also had four assists.

Kristin Scott got shutout in the first half, but bounced back in the second 20 minutes to finish with 15 points. Scott went 5-of-6 from the field in the second half, including 3-of-3 from 3-point range.

Iowa State’s road trip continues at West Virginia on Sunday. Tip between the Cyclones and Mountaineers will be at 1 p.m. Central Time, with ESPNU televising the contest from the WVU Coliseum.