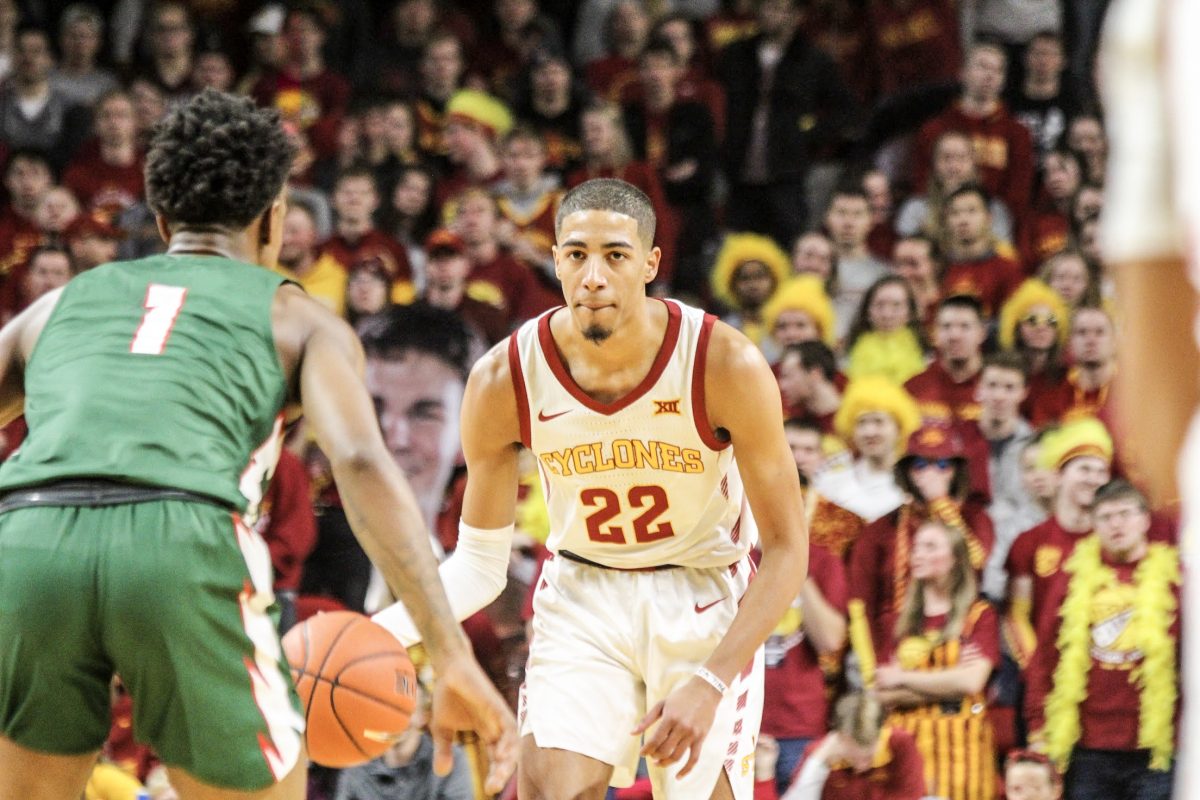 Well, we have a real basketball game to talk about — or at least what resembled one.

Here are some of my final thoughts from Iowa State’s season-opening win.

Better get used to stat lines like that from Iowa State’s sophomore sensation Tyrese Haliburton. Few players in college basketball will fill up the stat sheet like the point guard from Oshkosh will this season.

“Tyrese, I think everybody is a big fan of his,” head coach Steve Prohm said. “He’s got to continue to grow in the role that he has for this team. He may not ever get 20 or 25, but he can get some points, assists, rebounds, steals and lead this team.”

There is no doubting Haliburton is the true leader of this team. As Haliburton goes, the Cyclones will go. This is what has jumped off the screen to everyone from Iowa State fans to NBA executives during his first 37 collegiate games as much as, or even more than, his skillset.

He is the heartbeat and the engine.

Tuesday night in Ames, he was undeniably the best player on the floor.

“I would just say seven rebounds. That’s what Coach Prohm and the staff have challenged me with this summer,” Haliburton said when asked what stuck out most about his box score. “With (Nick Weiler-Babb) leaving, (I focused on) becoming a better rebounding guard. That’s what I’m focusing on right now with (Prentiss Nixon) and (Rasir Bolton) in the starting lineup, being the third rebounder. That’s what sticks out to me. I thought I did a really good job there.”

It was easy to assume this year’s edition of the Cyclones would share the ball better than last year’s team that was certainly known for its offensive explosiveness but most certainly not its selflessness (most of the time).

On Tuesday, the Cyclones assisted on more than 70 percent of their baskets with 32 assists on 45 makes. They moved the ball, sometimes almost too unselfishly leading to some turnovers, and made almost every extra pass.

“I think we did a pretty good job with it. I thought we had a couple of lapses where we let our defense dictate our offense at times because things were going too well defensively and the ball wasn’t moving that well,” Haliburton said. “I think for the most part we did a really good job. You assist on, I don’t know the percentage-wise, but it was over 50, so I think we did a pretty good job there. There’s a lot to build off from this game.”

I can already hear “that guy” saying, ‘Jared, it was Mississippi Valley State on the other side.’ And, “that guy,” I hear you. We will get to the point on MVSU in a second.

With that said, it was refreshing to watch Iowa State move the ball predominately with the pass. Most of the night, the first instinct was to move the ball rather than put it on the floor.

The same could not be said a lot of the time a year ago and that fact led to some pretty rough offensive nights. Hopefully, even if the talent this year forces the ceiling to be lower, this ball movement can make the team’s offensive floor higher.

“I thought the ball moved, I thought they were pretty selfless,” Prohm said. “32 assists on 45 baskets are great. Only turned it over 10 times. That’s a big goal for us to keep it under 10 turnovers… But, it’s early.”

The other two heads of Iowa State’s three-headed backcourt monster had some impressive moments even with Rasir Bolton‘s Cyclone debut coming to a premature end.

Prentiss Nixon scored 16 points on 5-of-11 shooting and knocked down a pair of 3-pointers along with grabbing five rebounds, snagging four steals and dishing four assists. It was immediately clear what Prohm has talked about for months as far as the Colorado State transfer’s potential impact on the defensive end.

“I think you saw early in the game, especially when he’s on the point, he can really harass the ball,” Prohm said. “I think he got deflections and sped them up. I was really impressed tonight.”

Bolton, who left the game a little more than a minute into the second half due to cramps and did not return, finished with five points, six rebounds and five assists in only 19 minutes of play. He was only 1-of-4 from deep, but I think you saw the game that has people in Iowa State’s program excited about the Penn State transfer’s potential.

Prohm said, as far as he knows at this point, Bolton should be good to go on Saturday against Oregon State in Corvallis.

I would like to think Mike Jacobson’s performance on Tuesday was a direct double-finger salute to our publisher Chris Williams. The Cyclones’ senior forward scored a team-high 20 points and grabbed a team-high nine rebounds while hitting 8-of-13 shots from the floor, including 3-of-5 shots from deep.

That’s right, Mike Jacobson shot 60 percent from 3-point range in his first game playing primarily at the four for Iowa State!!! (Insert sentencing stating I obviously know Jacobson will not shoot that well the entire season and, again, to satisfy “that guy” acknowledging it was Mississippi Valley State here.)

“I think the biggest thing is having guys like Tyrese who had 14 assists and just everyone sharing the ball, moving the ball,” Jacobson said. “Coach made a point that it wasn’t sticking out there tonight. We were working it around. I was trying to be ready when it came to me. Guys found me and I knocked it down.”

It would be unrealistic to expect 20 points and nine rebounds with uber-efficient shooting from Jacobson every night, but the idea of him being relatively close to that is not outside the realm of possibility. He has already exceeded all of our (or at least my) expectations for what he could do in an Iowa State uniform.

Could a Jacobson for the All-Big 12 team campaign be on tap?

I cannot write this entire without mentioning the fact Mississippi Valley State might be the worst team I have ever seen walk into Hilton Coliseum and play against the Cyclones. I am serious.

This marked the start of my eighth year covering Iowa State basketball. That team was… really bad.

Not much can really be taken away from this game, but I think the points I highlighted above are all worth monitoring going into a great early season test. Bring on the Beavers.

“I think it’s just a great opportunity early in the season to get a Power 5 game like that, getting to go out there in a road environment,” Jacobson said. “It will be probably the first time we face some adversity. We talked about it a little bit in the locker room after the game. We’ve just got to be prepared and be ready.” 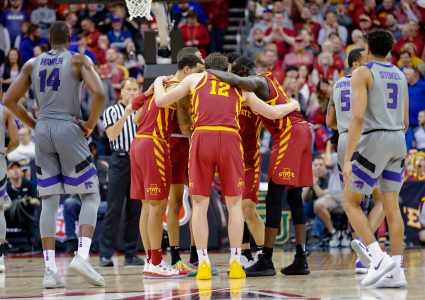 STANZ: Five thoughts on the Big 12 semifinal win over K-State 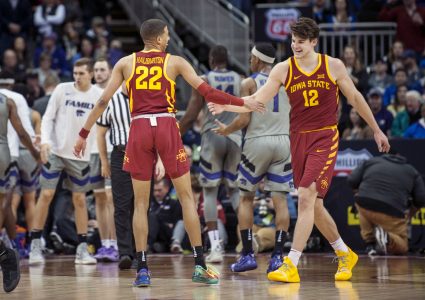