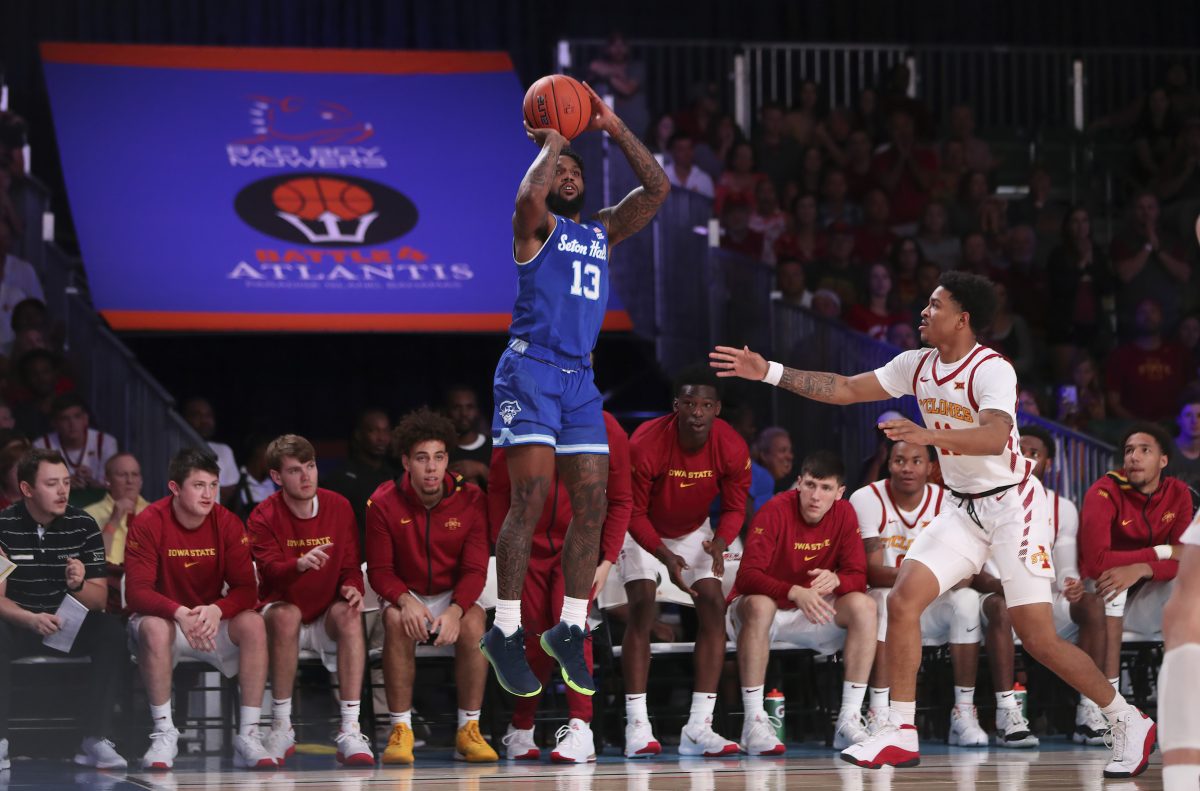 That was my instant feeling following the Cyclones’ 84-76 loss to No. 13 Seton Hall on Friday to close their action at the Battle 4 Atlantis tournament. Iowa State did pick up one solid resume win on Thursday over Alabama but missed out on two really good opportunities for wins that could look great in March with Wednesday’s loss to Michigan, who went on to roll through the bracket to the championship, and the loss to the Pirates.

On the bright side, this same Pirates team, led by Myles Powell, one of the nation’s best guards and the scorer of 24 points on Friday night, will visit the Cyclones in Hilton Coliseum just nine days from now.

Iowa State certainly showed they could hang around with, and potentially beat, the Pirates, especially during the first half as they headed into the break with a one-point lead while holding Powell to just five points in the first 20 minutes.

Rasir Bolton followed up his strong performance against the Crimson Tide by scoring 20 points on 7-of-13 shooting and showcasing his strength around the rim with multiple tough finishes in the lane. He was joined in double-figures by Tyrese Haliburton, who was efficient again with 19 points on 8-of-13 shooting to go along with seven assists, and Prentiss Nixon, who put up 15 points despite shooting just 3-of-8 from 3-point range.

In the end, it was Powell’s 19 second-half points and a 60 percent shooting performance from the field after halftime by the Pirates that sank Iowa State in this one and pushed the Cyclones into sixth place in the Battle 4 Atlantis bracket. Still, Iowa State proved this week it is capable of playing with some of the best teams in the country and can run teams out of the gym when shots are falling.

But, the biggest takeaway is that next Sunday’s game in Hilton Coliseum is going to be a big — and good — one.