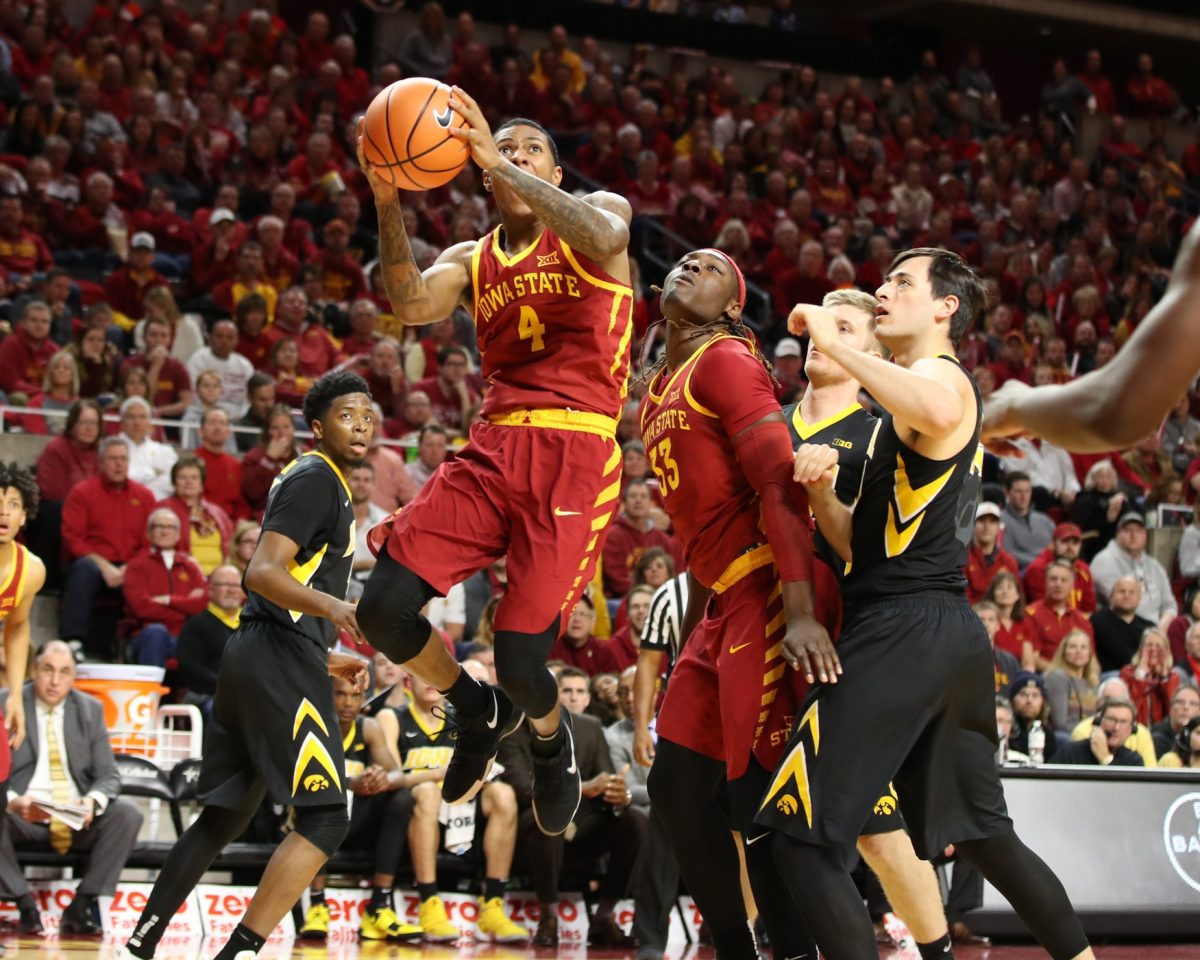 AMES — The start was slow, Iowa State was able to extend its winning streak to seven games Sunday evening with a 78-58 win over Alcorn State at Hilton Coliseum.

The Cyclones didn’t take their first lead in the game until there were less than seven minutes left in the first half and even then they only held a one-point advantage at the halftime break. Iowa State quickly unleashed a 9-0 run to start the second half to push its lead to double-digits and did not look back from there.

Another strong performance from freshman Lindell Wigginton, 16 points, five rebounds and three assists, set the tone for Iowa State as the Cyclones shot 40.6 percent from the field and 39.3 percent from 3-point range.

“Glad to win, fortunate to win,” head coach Steve Prohm said. “You can’t devalue winning. But our performance wasn’t very good today. We’ve talked about the last two days of not having a letdown, setback. Really trying to fight against that. We talked about it. We had a good practice (Saturday). We haven’t had 10 guys on the floor in a long time and I don’t know if that’s hurt some habits in a way because we are doing some good things. But this week is good. We’ve got to get into finals, take care of that and then on Saturday we’ve got a really good opponent in Northern Iowa. But fortunate to win. But without question, a lot of things we need to clean up.”

Donovan Jackson had his second straight slow shooting performance going only 8-of-22 from the field and scoring all but four of his 25 points from behind-the-arc. Cameron Lard posted the second double-double of his career with 15 points and 11 rebounds.

The 6-foot-9 redshirt freshman also put Iowa State ahead for good with his thundering dunk just before the halftime buzzer. The dunk came off of one of Nick Weiler-Babb’s nine assists. The senior point guard also chipped in four points.

“First half, I don’t think we played with (any) energy,” Jackson said. “I don’t think we were ready to play. Second half, we knew we couldn’t get beat on our floor so we kind of turned it up.”

The win and second half performance ensures Iowa State will enter this week with momentum. The Cyclones will not be back in action again until they take on Northern Iowa on Saturday at Wells Fargo Arena in Des Moines as part of the Hy-Vee Classic.

Obviously, it was not very encouraging to see the Cyclones get off to such a slow start on Sunday, but coming off of an emotional win over in-state rival Iowa and finals week looming, it was not overly surprising.

“Our focus with our team has to be good whether it is Alcorn State or Iowa, our margin for error is (small),” Prohm said. “When your margin for error is (small), you have to accept that and do things at a certain level. Some days we’re doing it, some days we’re not. We’ve just got to continue to become more consistent with that. That’s a little bit of youth, but you can’t make that excuse in December. We’ve got to continue to get better.”