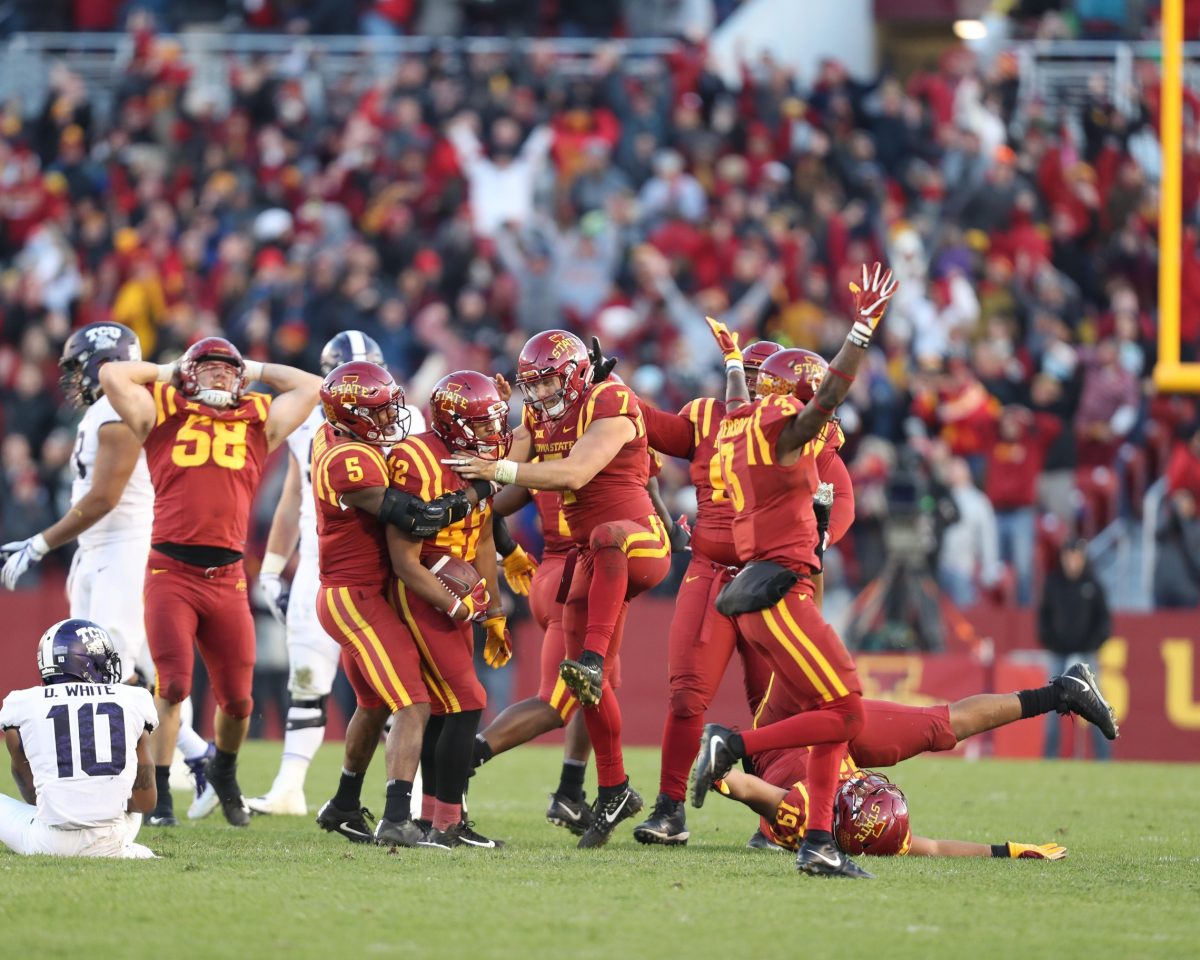 Oklahoma State football coach Mike Gundy had penned it after the Cyclones’ 38-31 win at Oklahoma — and it brimmed with praise.

Lanning appreciated, but was understandably surprised by the dispatch. One of the conference’s best quarterbacks ever — and the opposing coach for this Saturday’s 11 a.m. top-25 Big 12 clash with the Cowboys — had paid him the ultimate #IronMan-based compliment and it wasn’t particularly easy to process.

“He wrote me a letter,” Lanning said. “It was nice for him to write that for me. I really didn’t expect it at all because we still have to play them. … He appreciated what I did and how I’m playing and everything like that.”

ISU Coach Matt Campbell said Monday that switching Lanning from everyday quarterback to stalwart MIKE linebacker is one of the key reasons his defense has been among the Big 12’s best this season.

“I just think, especially when we added Joel in there and we felt midway through spring that he was really going to fit that MIKE linebacker spot,” Campbell said. “I think we certainly let like we were beginning (with) pieces of some veteran players, being in the right spot to really give a foundation. The biggest question mark was the defensive line and how fast could those young guys grow in terms of their roles, but you certainly have got some veterans in there, too, mixed in with some youth. So I think the Joel piece was really big. And once we know that was going to at least solidify things, we felt like if we could stay healthy we had some really good pieces.”

Campbell said Lanning has played more than 700 snaps this season through nine games for the Cyclones (6-3, 4-2). He added that being good up the middle is an aphorism that originates in baseball, but bleeds into football, too.

“Marcel (Spears Jr.) was a big piece of that too, coming out of the spring, knowing the growth that he was able to make and I think a lot of us felt really confident about that core, to add to Willie (Harvey),” Campbell said. ‘It just was that defensive line, because you’ve got to remember, we didn’t have J.D. Waggoner in the spring either and you didn’t know how he was going to bounce back from that. But I think all those things — and Ray Lima, what he’s brought to our football team, It think that’s been such a huge integral piece. You always say in any sport you want to be really good up the middle, right? And that’s the one thing I think we are. You look at our football team, down the middle of our defense, with Kamari ,with Joel and certainly with Ray, that’s really helped us.”

Lanning’s versatility impressed Gundy. He hopes that Saturday it doesn’t bury his offense. Time will tell, but Lanning is intent on spoiling his new admirer’s plans.

“We need more guys like you, is basically what he said,” Lanning said.