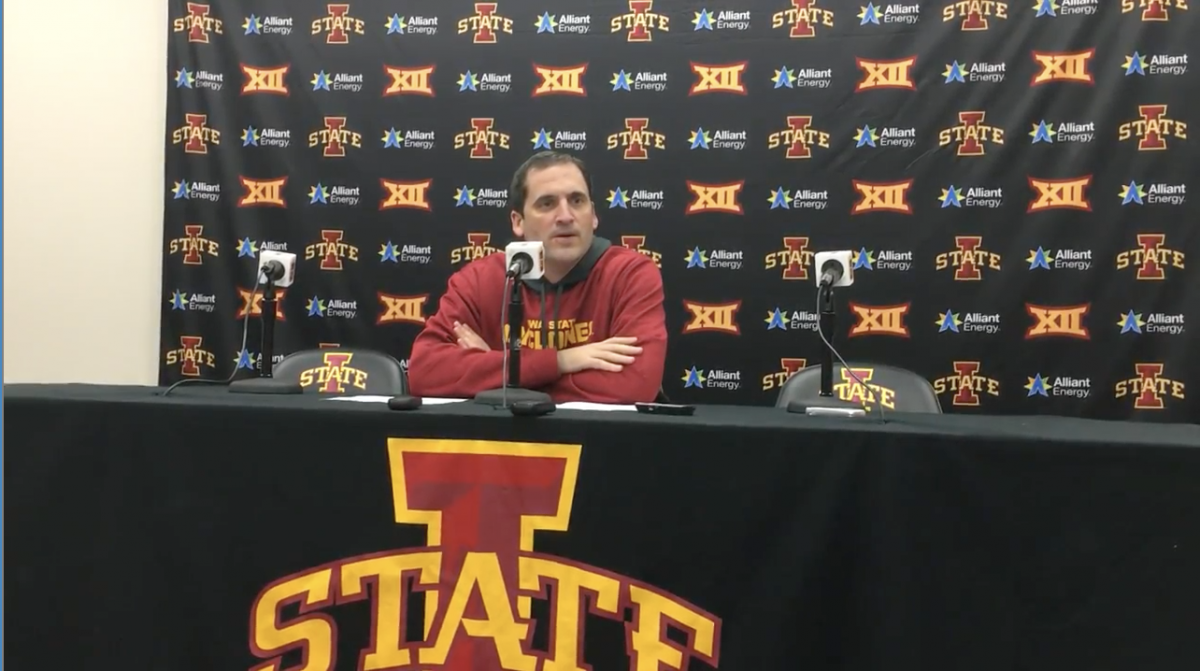 AMES — The wait is nearly over.

Four-star recruit Cameron Lard is expected on the Iowa State campus sometimes tomorrow before the Cyclones tip at 8:15 p.m. against Texas.

New — yes. And raw as heck, so ISU coach Steve Prohm expects to take the baby-steps approach with the talented 6-9 220-pound prospect who finally cleared the final academic hurdle to join the Cyclones’ program.

“He’ll get here tomorrow, we hope,” Prohm said. “He’s supposed to get here tomorrow. I’ve been meeting on Texas all morning so I just got out of the meeting on Texas right now, so I haven’t even thought about Cameron to be honest, but he’ll get here tomorrow. I’ll meet with him probably on Sunday and then we’ll slowly just integrate him into the process, really, of just academics. Getting his physical. Really just getting acclimated his first week and then slowly get him with the strength and conditioning program started and individual workout program started. And then slowly just acclimate him into practice.”

And Prohm’s rightly focused on trying to get to 2-1 in a rugged-as-heck Big 12 — beginning against the talent-laden Longhorns Saturday night at Hilton Coliseum.

Still, Lard’s presence on campus has been keenly anticipated. So what if he could be a big-time difference maker? Like, an ‘add him in and ensure an NCAA Tournament bid’ type of player? Would be possibly play this season, then? Prohm’s response to those types of questions hasn’t changed.

He’s pragmatic about it and utterly realistic, considering the transition Lard faces.

“If there’s an opportunity to make a difference then we’ve got to seriously look at it, but that’s a long way off,” Prohm said. “But it’s something we would look at.”

Lots of “ifs.” At least the anticipation is finally, nearly, over.