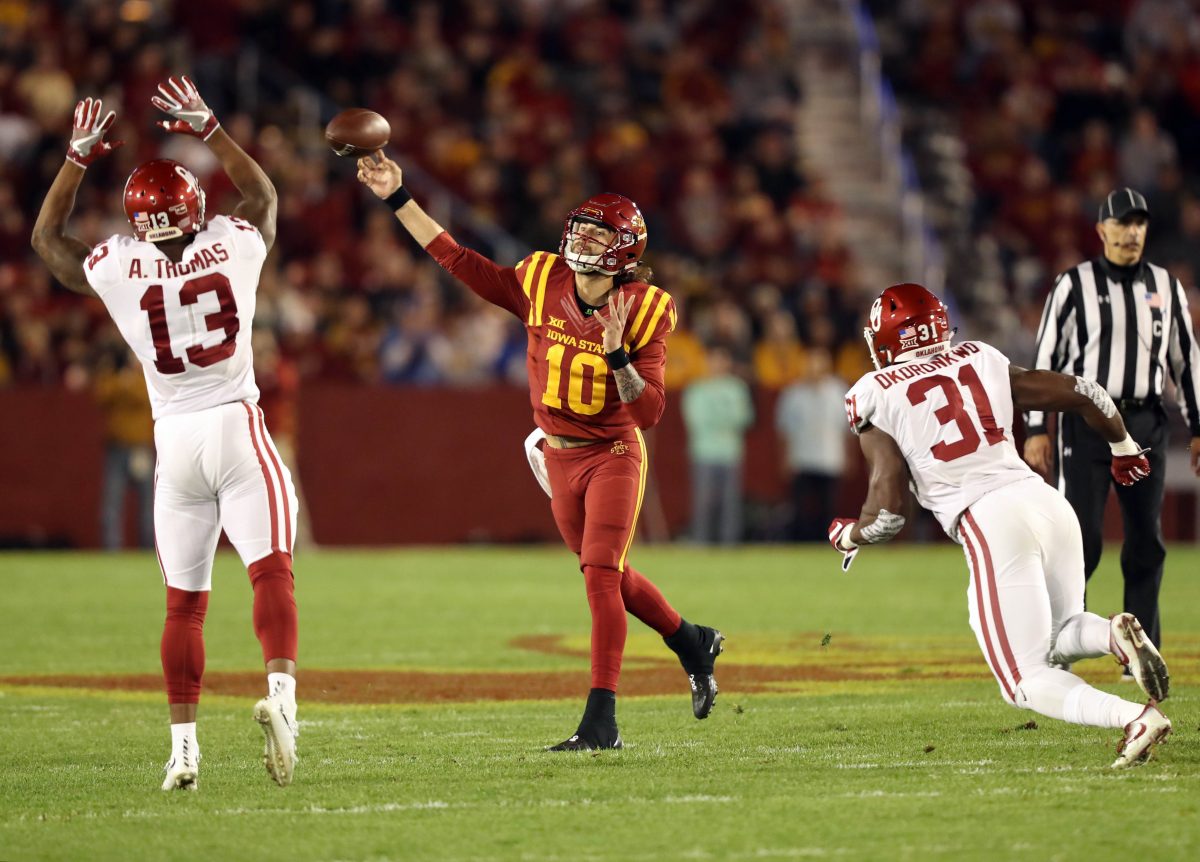 Florida @ LSU (-14)- Gators are down, but I think they keep it competitive. Tigers still cover.

Oklahoma State @ TCU (-4.5)- If the TCU we’ve seen lately shows up, look out. I think it does. Horned Frogs cover.

Oklahoma (-3) @ West Virginia – Mountaineers slow Sooners offense and prevent a cover. Might even pull off the upset.

Iowa (-10) @ Illinois – I like the Hawkeyes to win here, but I think the Illini will hang around long enough to cover.

Washington State @ Colorado (-4) – Colorado has had a sneaky good season. I’ll take the Buffs to cover.

Florida @ LSU (-14) – I’d almost be surprised if these teams combined to score 14 points. I’ll take the Gators to cover.

Northwestern (-1) @ Minnesota – I think these teams could trade uniforms and I wouldn’t know the difference. I’ll take the Gophers at home.

Kansas State (-2.5) @ Baylor – The Vampire will lull the Bears to sleep within the first half. Wildcats cover easily.

Texas Tech (-3) @ Iowa State – Somebody knows something. Give me the ‘Clones.

Washington State @ Colorado (-4). Mike Leach in a meaningful game in a weird location like Boulder? I expect the bizarre. Wazzu 38 Colorado 35.

Kansas State (-2.5) @ Baylor. Leave it to the vampire to officially put an end to this era of Baylor football. K-State 35 Baylor 28.

Texas Tech (-3) @ Iowa State. Seneca Wallace should make a cameo just to remind Kingsbury of The Run in 2002, Kingsbury was the opposing QB that night. Iowa State 34 Texas Tech 33.

Washington State @ Colorado (-4) – Buffs. Surprisingly, this is one of the games of the season in the Pac 12. This pick is partly based out of thinking Colorado is the better team, and partly because I just love Boulder.

Northwestern (-1) @ Minnesota – Gophers. The forecast is calling for a high of 35 in Minneapolis. Not that that makes much of a difference in the outcome of the game, I just wanted you all to know- winter is coming.

Kansas State (-2.5) @ Baylor – Cats. Baylor is reeling, and without Seth Russell healthy and with Shock Linwood apparently being a turd, Baylor has some serious issues. Who’d have seen that coming?

Texas Tech (-3) @ Iowa State – Cyclones! They have to keep playing well on special teams and in protecting the ball. Texas Tech doesn’t care about short or long fields. They’re gonna score from anywhere. What ISU has to do is limit the amount of touches that they get. A couple insane statistics: if Iowa State holds Tech to 45 points it would be counted as holding an opponent under their season average (46). If Iowa State scores 41, Iowa State wouldn’t have reached the average scoring allowed by Texas Tech (42.1).

Iowa (-10) @ Illinois – Iowa’s rating boosted at cfbanalytics.com after the Michigan upset, but not enough to predict a cover here.

Washington State @ Colorado (-4) – Wazzu has been very impressive since conference play started, they cover here and may sneak out with a victory.

Oklahoma State @ TCU (-4.5) – Oklahoma State is starting to make a case for themselves nationally, if not for that Central Michigan debacle. The Cowboys cover this one on the road and win.

Oklahoma (-3) @ West Virginia – Oklahoma has been playing better of late and this one is huge for the Big 12 race, they win and cover in Morgantown.

Kansas State (-2.5) @ Baylor – Baylor has been struggling of late but they’ll find enough at home to rally and win this one.

Texas Tech (-3) @ Iowa State – Strange line, right? Iowa State will likely score but they’ll need turnovers in order to get enough stops to win. The fact of the matter is they haven’t created turnovers enough this year or created enough chaos to make that happen. The Cyclones hang in there but Mahomes is too much and the Red Raiders win by ten.

Washington State @ Colorado (-4) – I don’t know who to choose here. So I’ll flip a coin. And the coin tells me to take…..Colorado to win and cover.

Oklahoma (-3) @ West Virginia – Give me the Mountaineers!

Texas Tech (-3) @ Iowa State – Unfortunately, give me the Red Raiders. 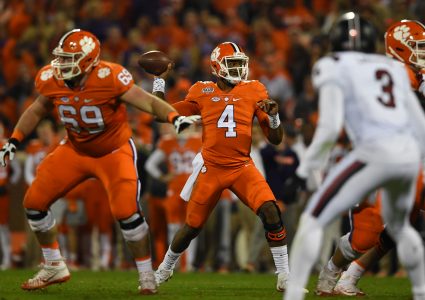