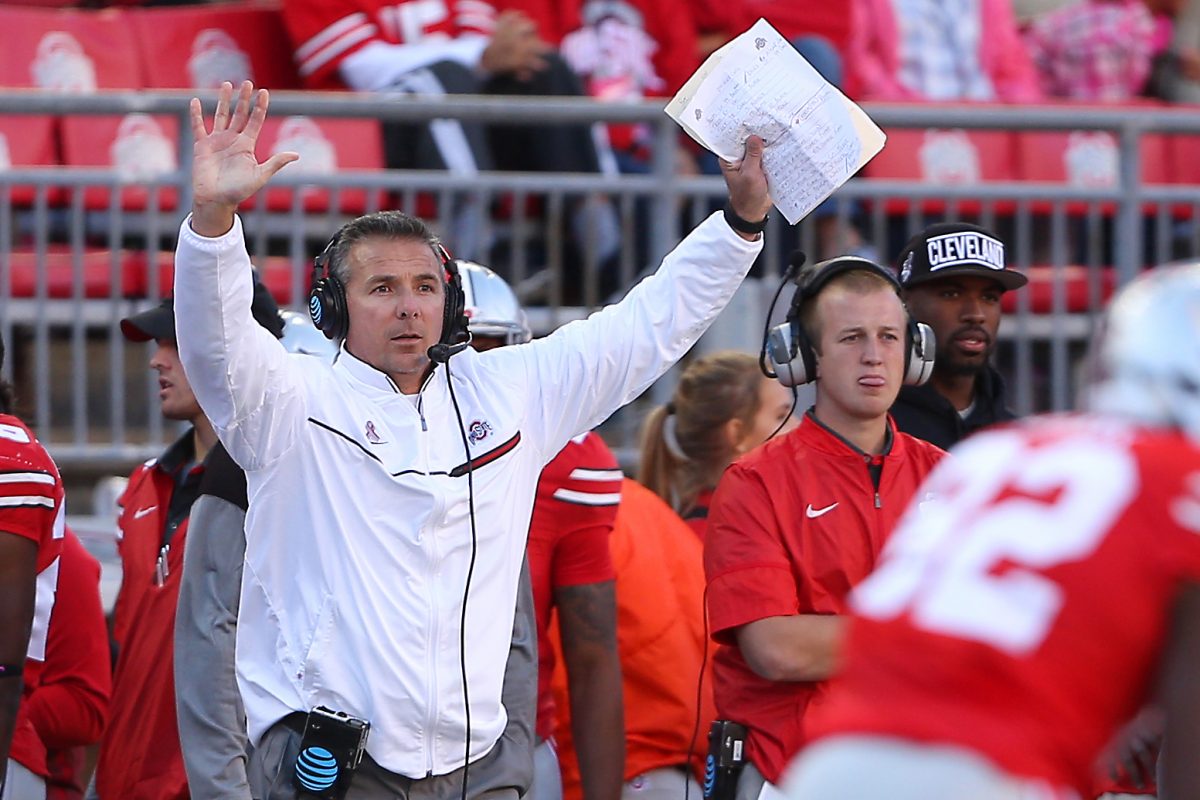 Iowa State @ Texas (-13.5) – I see this being a lot like that game two years ago in Austin. Lots of points. Iowa State’s offense keeps getting better, so I’ll take the points.

Nebraska (-4) @ Indiana – Vegas knows something here as Nebraska and its nationally following is a sexy pick this week. I’ll take the Hoosiers to cover, Nebraska to win.

North Carolina @ Miami (-7) – Don’t know enough about either team to have a great feel, but do know that it’s an important divisional game in the ACC. I guess I’ll take the points and UNC.

Iowa State @ Texas (-13.5) – I went on the record predicting an ISU win during “The Seniors” and I haven’t changed my mind — except by ratcheting the score up. I’ll say 48-45 — but if the Cyclones can’t pull off the upset, I’m confident they’ll prevent a ‘Horns cover.

Kansas State @ Oklahoma (-10.5)- The WIldcats are sneaky decent and even though the Sooners have steadied the ship to an extent, points won’t come as easily against the Big 12’s best defense. No cover for OU.

Nebraska (-4) @ Indiana – The Hoosiers are just good enough to pose a serious threat to the Huskers’ magical unbeaten run so far. I’m just not sure they’re good enough to seal the deal. Give me Big Red to cover.

West Virginia (-1) @ Texas Tech – The Big 12’s game of the week. Patrick Mahomes pilots the league’s top offense at Tech. The undefeated Mountaineers are the third-best defense — and are surprisingly balanced. Give me the home team, though I have reservations.

Alabama (-13) @ Tennessee- Yes, Tennessee is capable of keeping it close and possibly upsetting the mighty Crimson Tide. But a banged-up Vols team can’t deter ‘Bama’s elite talent on both sides of the ball. Roll Tide.

Ole Miss (-7.5) @ Arkansas- Ole Miss is good, but not more than a touchdown better than the Razorbacks in Fayetteville. Expect plenty of points. I’m taking Arkansas (to at least cover and maybe win).

Ohio State (-10.5) @ Wisconsin- Bucky the Badger is one of my favorite mascots. Why? Badgers are cool. That’s the level of analysis I’m unapologetically bringing to this game. Buckeyes likely win, but won’t cover.

North Carolina @ Miami (-7) – ‘Canes — if the defense dusts itself off after a tough loss to FSU. Not sure how rusty QB Brad Kaaya will be, though, and UNC, of course, beat FSU earlier this season. I sense a possible push in this one, but I’ll take Miami anyway.

Iowa State @ Texas (-13.5) – This line doesn’t make any sense to me. I think Iowa State’s offense will be able to move the ball again this week. I don’t think if they can win, but they’ll be close. 38-35 Longhorns

Kansas State @ Oklahoma (-10.5) – I think Kansas State would be able to hang around in Manhattan but not in Norman. Sooners cover.

Nebraska (-4) @ Indiana – This game scares the crap out of me. I’ll take Nebraska, but I don’t feel good about it.

West Virginia (-1) @ Texas Tech – Give me Texas Tech to win outright at home.

Ohio State (-10.5) @ Wisconsin – I find it hard to believe Wisconsin won’t be able to stay within single-digits at night in Camp Randall. Buckeyes win by a touchdown.

North Carolina @ Miami (-7) – One of my roommates is a Miami fan. His reaction after the tying extra point was blocked against Florida State was very sad. I’ll pick them to bounce back for him.

Iowa State @ Texas (-13.5) –Clones.  ISU finally finishes a game and Charlie Strong makes a killing off of his contract buyout.

Alabama (-13) @ Tennessee – Vols. Tennessee has to keep this one close, since they have to finally kill off all their fans who haven’t had a heart attack yet.

Ole Miss (-7.5) @ Arkansas – Pigs. 7.5 at home is a huge amount. And hey, what’s the craziest thing that could happen? A lateral first down on like a 4th and 20? No way something like that would ever help a team in this game.

Iowa State @ Texas (-13.5) – It’s hard to argue with how well the Cyclones have been playing the past two weeks. Between that and Texas being mostly lackluster, the Cyclones should at least cover.

Kansas State @ Oklahoma (-10.5) – The Wildcats have been sneaky efficient this year and the cfbanalytics.com machine loves them, Sooners sneak out the win but K-State covers.

Nebraska (-4) @ Indiana – Nebraska hasn’t played the toughest schedule but they’ve played pretty well. They’ll get the cover on the road.

West Virginia (-1) @ Texas Tech – You don’t just stroll into Lubbock and run all over the–okay, you do, but they’ll get ya back. Tech with the win at home.

Alabama (-13) @ Tennessee – The Volunteers won’t want to fall behind in this one. Tide gets the win but Tennessee gets the late cover.

Ole Miss (-7.5) @ Arkansas – Arkansas keeps this one inside a touchdown.

North Carolina @ Miami (-7) – The prediction machine at cfbanalytics.com has this as exactly a seven point win for the Hurricanes, 38-31. In that case, I’ll give the edge to the home team.

Iowa State @ Texas (-13.5) – The line seems larger than it should be and I’m guessing it’s based on the names on the front of their jerseys.  I think ISU finally holds a 4th qtr lead and gets W #2.

Nebraska (-4) @ Indiana – Indiana will be winning heading into the 4th qtr and Nebraska will go off like they’ve done all year and win by 10.

Alabama (-13) @ Tennessee  – Tennessee learned a hard lesson last Saturday and I think they come out ready to play from the opening snap, for the first time all season.  Vols cover

Iowa State @ Texas (-13.5) – Texas wins but Iowa State covers. The Cyclones have to put together a four-quarter game for me to pick them.

Nebraska (-4) @ Indiana – Jared Stansbury is a loser and he likes the Cornhuskers. So give me the HOOISERS!

West Virginia (-1) @ Texas Tech – Mountaineers will still be undefeated after this game.

Ole Miss (-7.5) @ Arkansas – Give me Swag Kelly and the Rebs by at least two touchdowns.

Ohio State (-10.5) @ Wisconsin – Buckeyes expose the Badgers as the frauds they are.

North Carolina @ Miami (-7) – Carolina blue is a very nice color and the Hurricanes are overrated. Give me the Tar Heels.