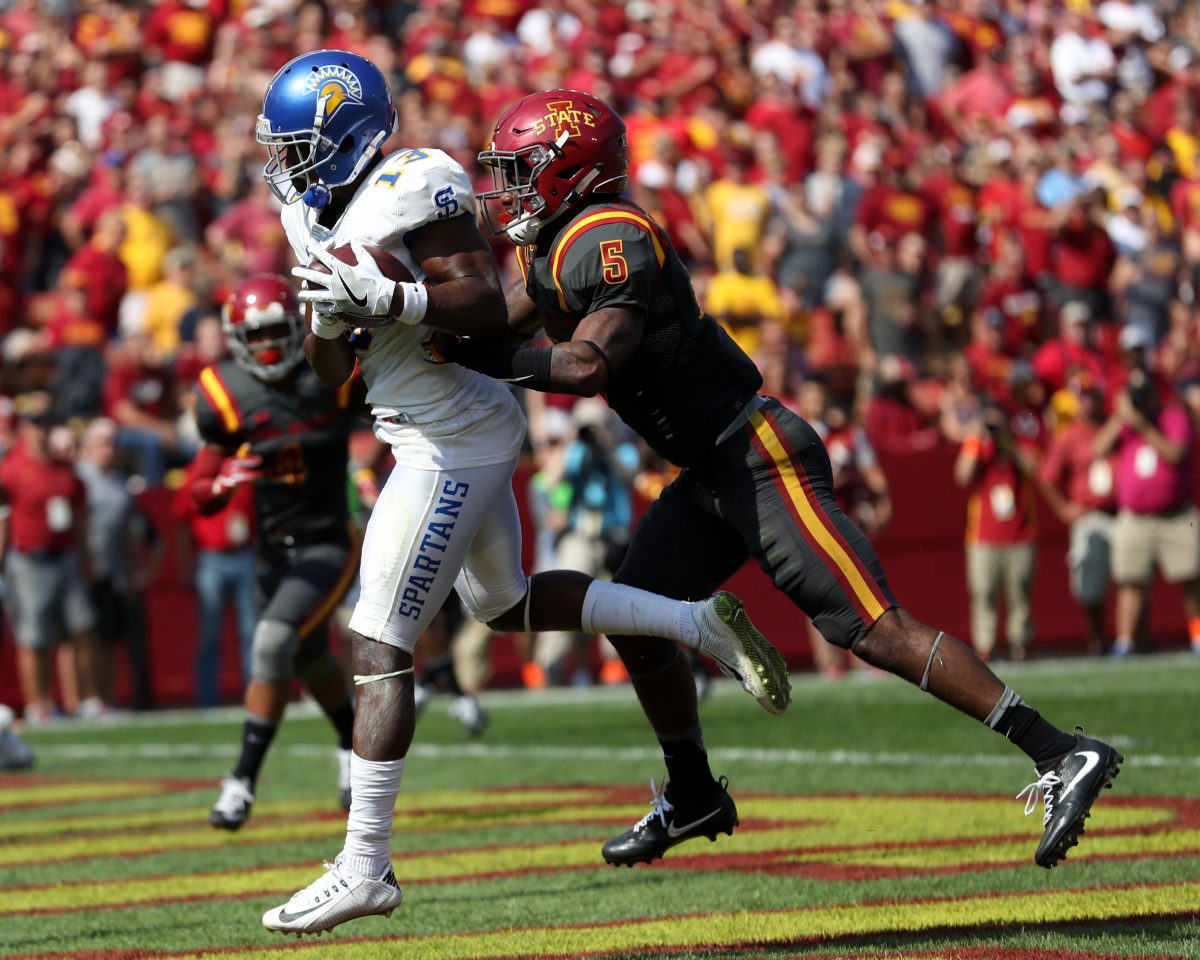 Through four games, Iowa State’s defense is tapping an array of play-making sources — and more need to show up Saturday at 11 a.m. if the 17-point underdog Cyclones are to compete with and possibly upset No. 13 Baylor at Jack Trice Stadium.

“You look at those plays on film (of last Saturday’s rout of San Jose State) afterwards, and it’s (Brian) Peavy doing a great job making a great play on the ball, just playing his normal technique, but really film study, making a play on the ball,” ISU coach Matt Campbell said. “It’s Nigel Tribune understanding situational football, making a great play on it and Kamari (Cotton-Moya) running to the football. Jay Jones’s (play) is elite effort from JaQuan Bailey, getting double teamed in his pass rush, gets his hand up, and doesn’t quit on the rush, instead he keeps going, tips the ball and Jay makes the play. So I think a lot of that was a lot of just those guys making plays, I think starting to feel comfortable hopefully within the system and techniques that we’re teaching.”

Peavy, Cotton-Moya, Jones and Jomal Wiltz all recorded picks in the 44-10 win.

The Cyclones recorded five all of last season.

It was also their largest total since snagging five errant passes in a season-opening win over South Dakota State in 2008.

As my Cyclone Fanatic cohort, Jared Stansbury noted after the win, turnovers tend to come in bunches.

It’s often a feast or famine stat — and ISU must remain in feast mode when the high-flying Bears (4-0, 1-0) come to town.

“I feel like if we can create more turnovers this game we’ll be in a good position,” Wiltz said.

It is, after all, the defense’s greatest aid to the offense.

Case in point on Saturday: Wiltz’s pick, which he returned 27 yards to flip field position, immediately followed a fumble by Mike Warren.

That type of rapid-fire reversal of fortune lends an entirely different meaning to the term, “pick me up.”

Deflation turned to determination. The Cyclones (1-3, 0-1) failed to score a touchdown after Wiltz’s boost as Joel Lanning missed Trever Ryen on a third down play, but Cole Netten picked the team up by drilling a 49-yard field goal — his school record 12th-straight make.

ISU led the Spartans 10-3 and pushed that edge to 30-3 as takeaways by Jones and Peavy fed the onslaught.

“To have things like that happen in the game, to have four picks I think it was, could maybe have even had five or six — we’ll get as many turnovers as we possibly can defensively and we need those guys to keep playing fast,” said Lanning, who will continue to split time behind center with Jacob Park.

Warren’s response to coughing the ball up has improved, as well.

In the past, he stewed after fumbles.

Saturday, he grew stronger after the mishap, gobbling up 92 of his season-high 103 yards on the ground in the final three quarters.

“When a bad play happens, you’ve got to move on from it,” Warren said. “I don’t think I recovered well after that last year, but this year I just put it out of mind. I owe it to those guys, my teammates, to play the best I can and make it up to them.”

That accountability seems to be going viral.

The world doesn’t end when you screw up.

You begin again and move forward.

“When something like that happens everyone’s first reaction is, ‘Oh crap,’ put your head down and kind of, ‘Here we go again,’” Lanning said. “It’s frustrating, but when the defense picks you up it’s just huge. It just brings everyone back up. Everyone’s fired up and ready to go again. We need to continue to do that to have success in this league.” 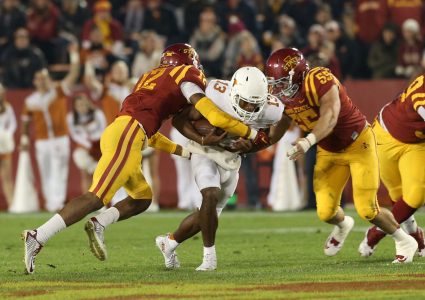