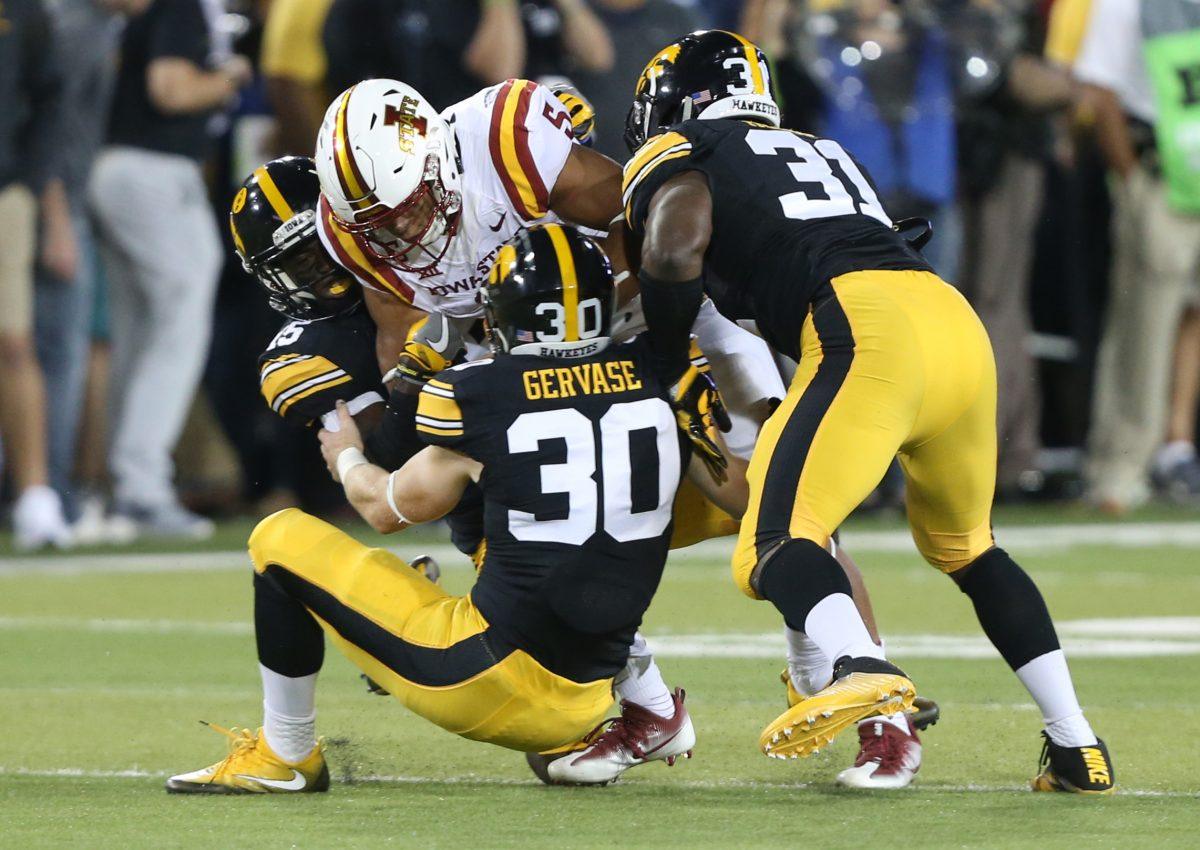 I know a lot of Iowa State fans are feeling down these days. The start of football season hasn’t exactly gone as planned and it seems like basketball is still lightyears away.

I’ve come to cure your sadness by answering all (actually a select few, I’m not made of time) your questions and inquiries. For some reason, you guys kept asking basketball questions this week, so there’s a good mix of football and hoops.

I started with the forums last time, so we’ll start with Twitter questions this week.

@Stanz51 How many football recruits does Coach Campbell plan to sign for the 2017 class?

JS: Iowa State has 19 commits in the class right now and the class will likely finish with around 25. There isn’t an exact target number as recruiting is often a pretty fluid situation.

@Stanz51 do you see us rushing easily over 100 yards against TCU?

JS: I don’t know if the Cyclones will easily rush for 100 yards against TCU, but the Horned Frogs have given up 223 yards on the ground to South Dakota State and 195 yards to Arkansas in their first two games.

I like Iowa State’s chances to eclipse the century mark for the second game in a row.

cyclonespiker33 on the forum: So far the basketball staff is 3/3 on getting commits after official visits. What are the chances we see that go to 4/4 after Wigginton visits?

JS: I don’t know if I can really make a prediction at this point, but I think Iowa State is in a good spot with four-star PG Lindell Wiggington.

BCoffClone125 on the forum: What do you think attendance will look like at home football games the rest of the season based on the results so far and with 3 home games in November?

JS: There hasn’t been fewer than 50,000 people at an Iowa State home game in November since the last Battle for the Telephone Trophy with Missouri in 2010 when 41, 776 people showed up. I’m not too concerned about the attendance dropping significantly.

Bryce7 on the forum: Which will be the future game that we can run the ball?

JS: Like I said above, I think Iowa State will have an okay chance to run the ball on Saturday against TCU. Kansas is allowing almost 250 yards rushing per game, so I’ll guess the Cyclones run for their season-high in that game.

Texas Tech would be another I’d throw out there.

MeowingCows on the forum: Lots of big games this week. Which one has your vote for best matchup of week 2? Any upset picks?

These are the games I’ll be keeping a close eye on besides Iowa State:

Best matchup: No. 2 Florida State at No. 10 Louisville

Most intriguing: No. 3 Ohio State at No. 14 Oklahoma

Upset pick: Nebraska over No. 22 Oregon

clonefan7 on the forum: With the issues we are having with a young, and inexperienced line, is there a blocking scheme that could be utilized to help the offense?

JS: I suggest you watch CFTV-Live, not just this week’s, but all of them. Jeff Woody did a way better job explaining this stuff than I can. We talked a lot about the offense line in episodes one and two.

Gunnerclone on the forum: Once the basketball team starts practice will we see less and less football podcasts/content and see the basketball stuff ramped up to 100 immediately???

JS: I don’t know if it will be ramped to [insert 100 emoji here] immediately, but you will see more basketball content as we get closer to the season. I can’t wait.

CyTwins on the forum: Is it basketball season yet?

JS: No, but did I mention I CAN’T WAIT!! I’m running out of games to watch on NBA Hardwood Classics.

3TrueFans on the forum: Why us?

JS: As Chris Williams always says, “You didn’t pick Iowa State because it’s easy. You picked it because it’s awesome.”