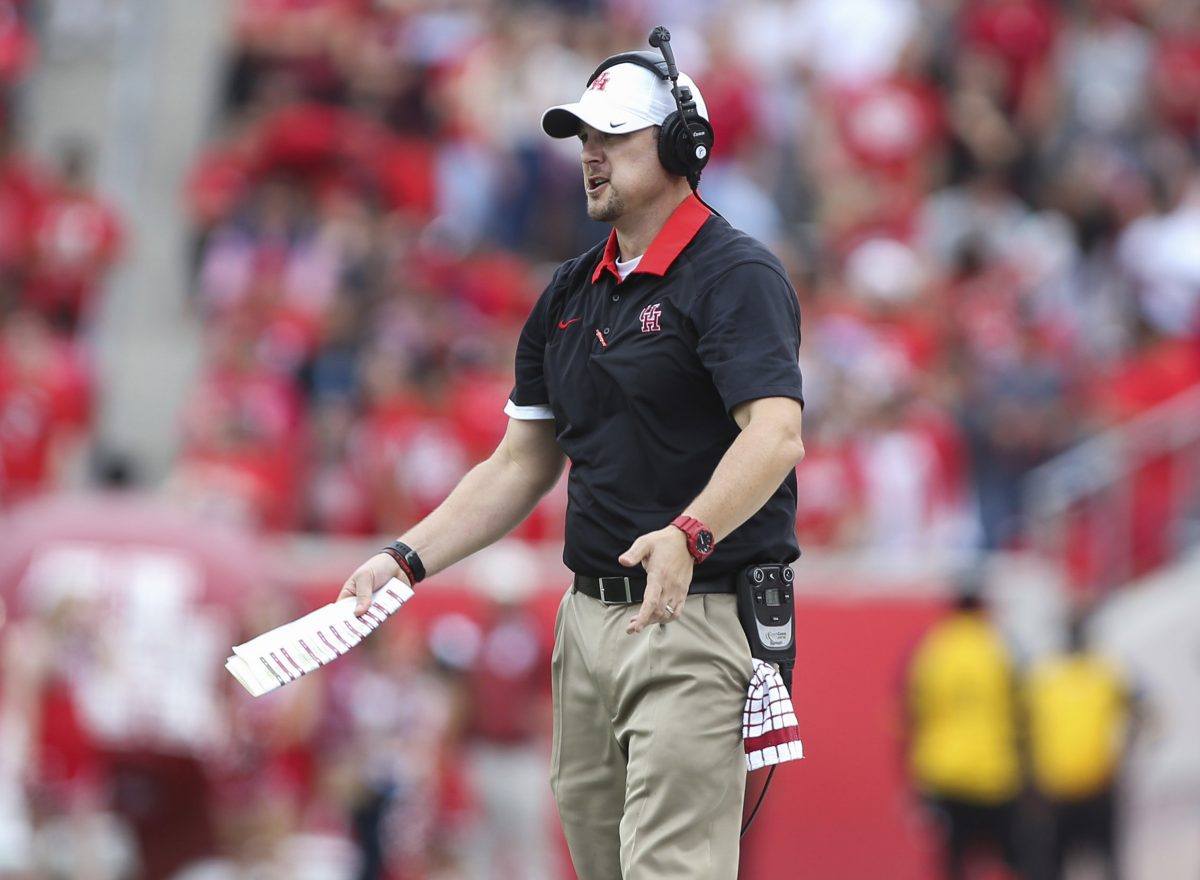 College football is finally back! Of course, that means so is the return of Cyclones Fanatic’s annual pick’em challenge among the contributors of the site.

This year is expected to be a no-holds-barred competition among the challengers so lets meet the lineup:

THE PICKS ARE IN.

Kansas State @ Stanford (-16)- At the time of me writing this, this line is down to 13. That’s scary, but also a good sign to go against the public because in general, Vegas believes that people are idiots. I’ll take Stanford by 17.

Clemson @ Auburn (+7.5) – Why doesn’t anybody ever talk about how Clemson is replacing its entire defense? Auburn covers and might pull off the week’s largest upset.

Kansas State @ Stanford (-16)- Is Van Helsing a Stanford grad? I love Van Helsing jokes, though no one else does. So … Christian McCaffery rushes for 200 yards and the ‘Cats are forced on their heels immediately.  I’ll take the Cardinal to cover.

UNI at Iowa State (-7)- The Panthers are always a worthy adversary, despite the FCS tag. If Aaron Bailey can hit the broad side of the barn, UNI hangs. I’ll take ISU to cover solidly regardless. Sign me up for two Mike Warren TD runs, too.

LSU (-10) vs. Wisconsin – The Bayou Bengals are legit — and I hope at least one player forces Les Miles to make good on his “walk home” pledge. Badgers no match in this one. LSU covers and Miles entertains in the post-game presser.

USC vs. Alabama (-10.5) – A recent ESPN piece on Tide coach Nick Saban really humanized him — except when his sprawling lake home appeared in the background. Reason he gets the big bucks: Talent. Trojans not back to being elite yet. ‘Bama covers.

Clemson @ Auburn (+7.5) – Shockingly, the Tigers have lost three of their last four home games. Hyped and hungry crowd? Check. But the No. 2 Tigers have Deshaun Watson — and more. I’m leery of the half point, though. No cover for Clemson.

Notre Dame (-3.5) @ Texas – Frankly, I’m surprised anyone other than Touchdown Jesus and maybe Sean Astin would pick the ‘Horns in this one. Young Texas quarterbacks will be good, but not yet. Notre Dame covers and Charlie Strong winces.

Oklahoma (-10) vs. Houston – Tom Herman’s meteoric rise will likely continue this season, but this game will not be on the highlight reel. Cougars are replacing a lot on D, and the Sooners’ Samaje Perine and others will find room to roam. OU covers.

LSU (-10) vs. Wisconsin – Leonard Fournette is a baaaaad man. Bayou Bengals run over Wisconsin and away with a cover.

Clemson @ Auburn (+7.5) – Give me the Tigers that wear more orange. Clemson, aka the 2017 College Football Playoff champions.

Notre Dame (-3.5) @ Texas – Do we know yet who will play at quarterback for either team? Ah, screw it, doesn’t matter. Irish in a rout that makes the fans leave early.

Oklahoma (-10) vs. Houston – Tom Herman is a wizard. Houston covers… and wins.

Ole Miss vs. Florida State (-4.5) – I can support any team who’s best player is named Dalvin. ‘Noles over easily.

Kansas State @ Stanford (-16) – This seems like a Vampire special to start the year. Stanford clearly the better team, but K-State sucks the life out of the ball and keeps it within 14. Stanford 30 K-State 17.

Oklahoma (-10) vs. Houston – In Tom Herman’s two games against OU as Iowa State offensive coordinator, Iowa State scored a total of six points. Sorry Jeff Woody. That has no relevance here, but whatever. Oklahoma 41 Houston 23.

Kansas State @ Stanford (-16) – Cardinal. (Fun game: try to name all the division one nicknames you can that don’t end in ‘s.’ The Cardinal are one. Go.) If this were in Manhattan, I’d take Kansas State to cover. But It’s not. And Christian McCaffrey is gonna cover 16 by himself.

UNI at Iowa State (-7) – So the past 2 times Iowa State has played UNI, UNI won, then we beat them by 24. So I really have a ton of confidence in this one. CYCLONES WIN AND COVER.

LSU (-10) vs. Wisconsin – LSU. I know Wisconsin is going to have a ton of good linemen and linebackers like they always do, but never doubt LSU in early season games. The grass is still fresh. Les likey.

USC vs. Alabama (-10.5) – Tide. You know this seems crazy, but Alabama has actually been pretty questionable in opening week games against high-level opponents. They always win, and they should here too, but I don’t think by a lot.

Clemson @ Auburn (+7.5) – Tigers. I should be more specific. The Tigers with the crazy coach. Ok. Clemson. Early season games are less about gameplan and more about having stud athletes, and Deshaun Watson is the best quarterback in the country coming into the year and it’s not close.

Oklahoma (-10) vs. Houston – Houston. This game is super hard to pick for me. I want Herman, Pope, and McKnight to do well, but OU is the best chance for the playoff for Iowa State. I think Houston covers and the Sooners win. This is the best game of opening week by a long shot.

Ole Miss vs. Florida State (-4.5) – Rebs – The only thing that makes me feel like this will be close is Dalvin Cook. Dude’s a freak. But there are just as many freaks coming from Mississippi.

I’m letting the computer at cfbanalytics.com make my selections again, but the pithy words here are my own.

K-State vs Stanford  –  It isn’t that I think the Wildcats will be better than mediocre this year or that I think Stanford isn’t pretty good…it’s more that these two teams both typically play low possession games with few turnovers. That makes covering 16 tough for Stanford. K-State.

LSU vs Wisconsin – Double digits is too big here, though the home field advantage for the Badgers probably isn’t as great at Lambeau as it is in Madison. Either way, I’ve got Wisky.

UNI vs Iowa State – Northern Iowa is tough and I suspect their defensive line will create some challenges and so will Aaron Bailey’s feet, but in the end, one touchdown is too low. Clones.

USC vs Bama – Trojans will be pretty decent with a really difficult schedule this season, I’m taking the points. USC.

Clemson vs Auburn – I’ve got Auburn, with about as little confidence as humanly possible.

Notre Dame vs Texas – I’ll believe Texas is turned around when I see it. Golden Domers.

Oklahoma vs Houston – Houston is getting the hype after last year’s amazing run but the Sooners cover this one in Norman.
Mississippi vs Florida State – Rebels….I guess.

Kansas State @ Stanford (-16) – K-State has a good defensive line and Stanford isn’t as good as the Hawks made them look. Kansas State.

Oklahoma (-10) vs. Houston – I think Baker Mayfield and Stoops make a statement. Sooners by 17.

Ole Miss vs. Florida State (-4.5) – This is the best game of the week. Ole Miss holds the advantage at QB but I like FSU at every other position. Noel’s by 6.

UNI @ Iowa State (-7)- Yes, the Panthers do have Aaron Bailey. However, Iowa State has Lanning, Lazard and Warren. Cyclones win.

Clemson @ Auburn (+7.5)- This game is a good example of my IQ against Adam’s IQ. My intelligence (Clemson) is 10-times higher than his (Auburn). Give me Clemson to win this one easily.

Notre Dame (-3.5) @ Texas – Remember when the Longhorns didn’t score a point on the Cyclones last year? Give me the Irish.

Oklahoma (-10) vs Houston – Baker Mayfield is a badass. So obviously the Sooners.