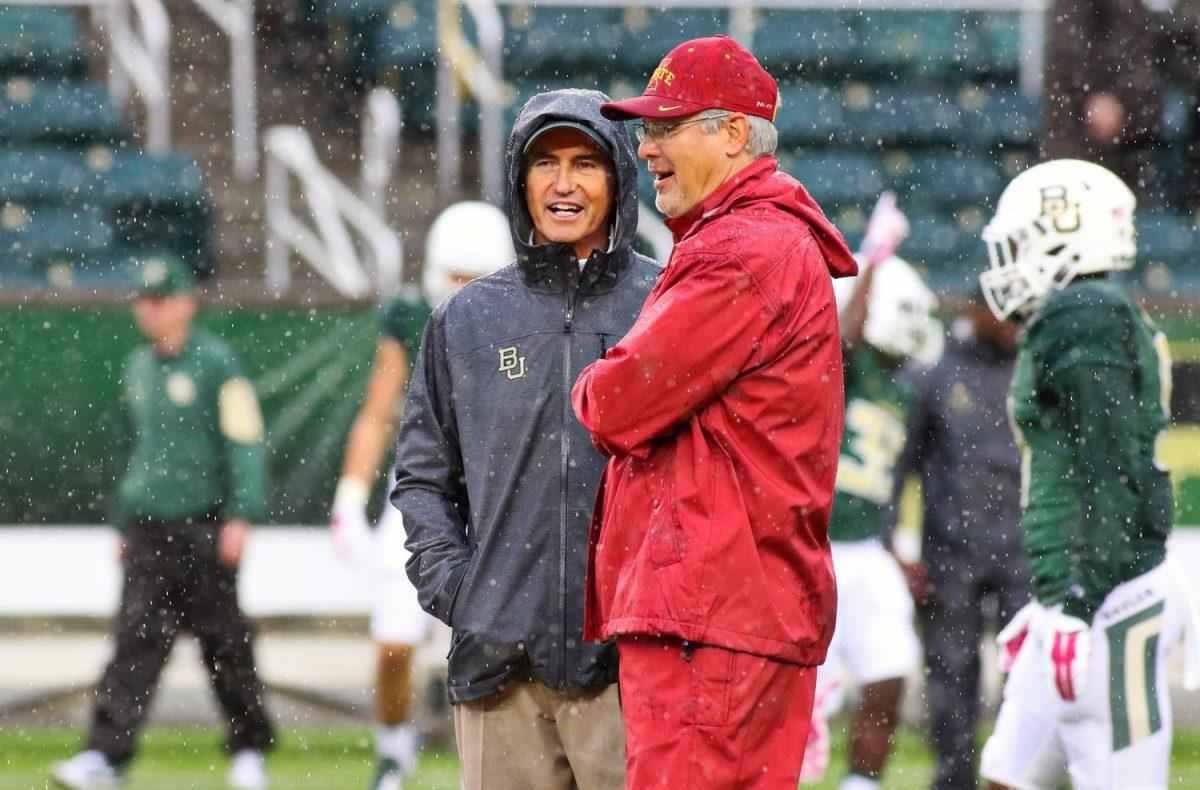 You know that I always liked you. On the Monday after it was announced that Iowa State was moving in another direction, I went on my radio show and talked proudly about how I was still and would always be a “Paul Rhoads guy.”

During my time covering your program, we always had a respectful relationship and I greatly appreciated your commitment to Iowa State.

Let the record not forget that you were one failed fake PAT against Nebraska away from taking this program to four bowl games in four years, a feat that is unheard of in Ames.

But for the past five years, I often criticized the branding of your football program. Iowa State football wasn’t hip enough for me. You preferred the traditional Cardinal and Gold uniforms. I wanted camo. “Smoke on the Water” is your jam. Eminem is mine. I love Twitter and social media. You don’t know how to log onto the “Facepage.”

That’s fine. Men can have a respectful difference of opinion, which we did when it comes to this topic.

Regrettably though, the program that I often compared yours to was Baylor.

This is a program that didn’t win its first Big 12 road game until 2005 (the league was created in 1996). Baylor went from being a joke of a program with no hope to the “coolest” (my words) in the country, the home of a Heisman Trophy winner and national title contender.

Being a longtime Iowa Stater, you can probably understand why I was so intrigued by Baylor’s rise to the top. I was so fascinated by this that I read (and studied) both of Art Briles’ books.

I think we both can agree that the man is a football genius, but that’s never what appealed to me about Briles. It was that "cool" brand that Baylor football had become that I envied for Iowa State.

Over the last year though, we have learned more and more about what came with that brand, and it’s disgusting.

There are worse things in life than losing football games.

You didn’t average 10 wins per season during your time at Iowa State but you always represented my alma mater with class and were passionate going to work every day. You wore your heart on your sleeve (which I always appreciated) and really did put honor before victory.

Being the father of a beautiful 15-month old little girl, I am not only appalled by everything I have read coming out of Waco, but ashamed.

For half a decade, I put Art Briles and his program on a pedestal, often at the expense of yours.

For that, I am truly sorry.