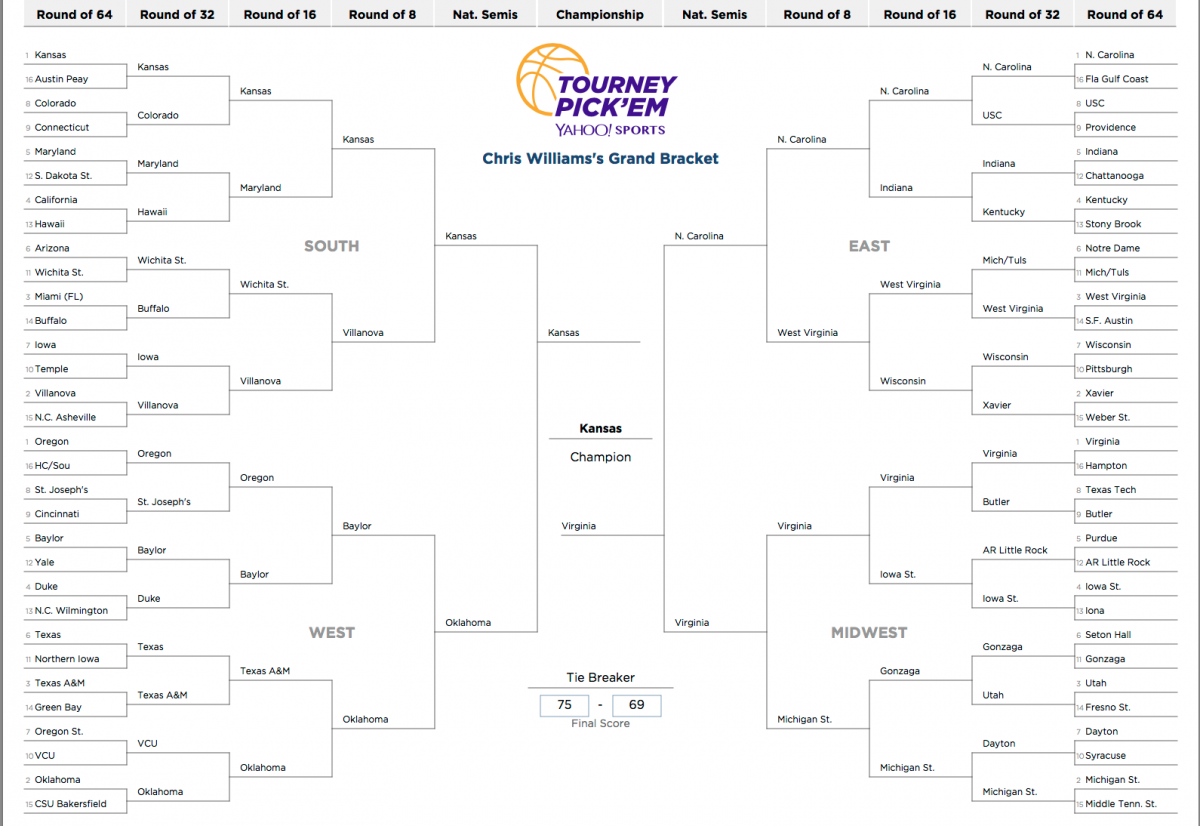 DENVER — I just got my bracket filled out.

— I have Iowa State going to the Sweet 16 and losing to Virginia (that would be an incredible matchup). In the Midwest, I am actually taking Little Rock to upset Purdue in the 12-5 game but even if the Boilermakers aren’t upset, I’ll still take the Cyclones in the Round of 32.

— I’ve got Kansas and Oklahoma meeting in the Final Four. As much of a Buddy Hield and Lon Kruger fan as I am, putting that team to go that far really scares me. However the way the bracket played out, I like the Sooners going to Houston. It would be incredible if those two teams actually did meet in the Final Four. So much fun.

— On the other side, it’s North Carolina and Virginia repping the ACC. This would be pretty poetic, as these are the best two leagues in America. Hopefully the Big 12 proves it when it matters this time around.

— I don’t think that West Virginia is an Elite 8 team, but that’s the way the bracket played out. I do believe that Baylor is one though. My thought: Baylor has to get by Yale in a scary Round of 64 matchup. If they do that, I really like the Bears to top Duke in the second round.

— All in all, this year’s bracket was brutal to fill out. I know I’m too high on the Big 12 but I really think that the league got a bunch of great draws.

Have fun this week!