It looks like former ISU guard Bryce Dejean-Jones will have a longer stay down in New Orleans with the Pelicans. A three-year stay to be exact.

Yahoo! NBA insider Shams Charania reported yesterday that Dejean-Jones and the Pelicans were finalizing a three-year deal with the second year partially guaranteed. That means Dejean-Jones 2017-18’s salary will not be guaranteed.

The signing comes after New Orleans already signed Dejean-Jones to two 10-day contracts, which is the NBA’s max for such contracts. Signing Dejean-Jones to this three-year deal was the only way for the Pelicans to retain him. According to Pelicans beat reporter Scott Kushner of the New Orleans Advocate, teams such as the Lakers, Jazz, Spurs, Grizzlies and Suns also were in contact with Dejean-Jones.

Dejean-Jones is averaging 6.3 points and 3.5 rebounds this season while playing 19.9 minutes per game. 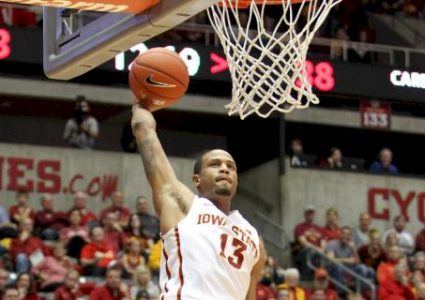