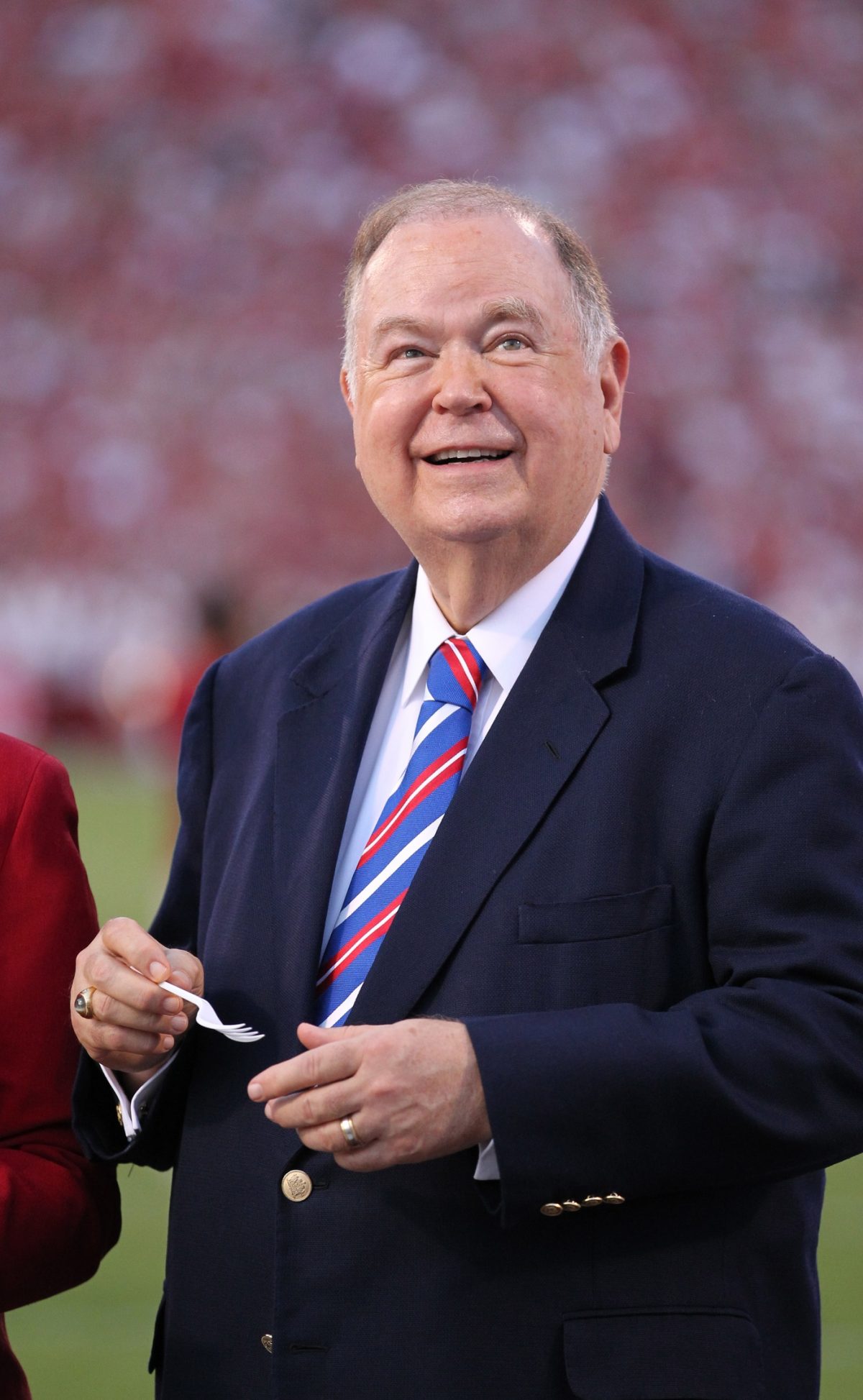 Another college football offseason is officially upon us and with that, more headlines about the instability of the Big 12 have already and will continue to emerge.

It’s a tradition unlike any other.

Some of these conversations (RAID THE SEC) are ridiculous. Some (possible expansion/adding a league championship game) are very necessary.

As far as the perception of the conference goes, the league (or one boisterous former governor at least) shot itself in the foot once again on Wednesday evening when following a vote (that basically allowed the Big 12 to host a championship football game with only 10 teams), Oklahoma’s loudmouth president David Boren released the following statement:

This time (I have applauded him for speaking up in the past), what Boren should have done is keep his mouth shut.

All the vote on Wednesday did was give the league flexibility to make changes in the offseason, which is a good thing for everybody. Wednesday’s results didn’t make a single decision for the Big 12.

The vote was so irrelevant to the immediate future of the Big 12 that Jamie Pollard was sitting in his Ames office this week, not in a San Antonio boardroom.

Absolutely, the Big 12 has some serious decisions to make this summer. But Boren’s diarrhea of the mouth simply chucked a gallon of gas on the “Big 12 is unstable narrative” nationwide.

Nobody will ever treat the Big 12 like the rest as long as that stigma is around.

That stigma will never disappear as long as quotes like that are floating around the Twittersphere.

David Boren is an accomplished man who demands respect, but he is a total idiot when it comes to public relations.

I don’t have the information at my disposal that the suits in the Big 12 do by my thoughts on this are pretty simple: Think more about long-term stability than short-term financial gain.

If expanding will help (as “Big Mouth”Borenbelieves) the long-term stability of the league, then expand – even if it will cost the member schools a little bit of cash in the present day.

There are two aspects of this situation that make this tricky though.

1) I truly believe that the Big 12’s round robin format is the best way for college football to be played. Every year, more proof exists that leads me to believe that super conferences suck.

Look at the conversation that our friends to the east were engaged in all football season. Iowa couldn’t control its conference schedule yet was ridiculed for it all season long. Does it even feel like Iowa and Ohio State are in the same conference?

The sport would be much better off with 10-team leagues or something like that, but whatever.

2) The constant change of the television landscape (which makes creating a conference network in the year 2016 very difficult). This is a different world than the realignment era back in 2010.

In case you haven’t noticed, ESPN is a hurting entity right now.

Cord cutting is very real and there is no reason to believe that the trend is going to slow down in the coming years. It is going to affect the way that we all consume media. Media companies will have to figure it out or die.

I actually think that this could be good for the Big 12 and specifically a school like Iowa State. My theory is that in the future, schools will land places because of actual merit and not where they are located on Google Maps.

If a game was being shown exclusively on the Internet, which fan base would draw more viewers…Iowa State or Rutgers?

Adding Central Florida and Tulane to pick up Florida and New Orleans eyeballs won’t do anything to the Big 12 other than weaken its already weak perception.

Hell, I’d throw Cincinnati and UConn into the mix. Basketball means nothing in realignment but again; I’m talking about brands right now. Those are brands.

Or stay at 10. I don’t even care. I just want the league to have long-term security which frankly, I’m not sure is even possible these days.

The only difference between Iowa State and Kansas back in the Big 12 North days is that the Cyclones blew their opportunities to hit the jackpot (2005 anyone?) and Kansas did not. Good for them.

However if you stack the two programs up against each other in the present day, one is selling out itsbadassstadium every week (despite sucking) and the other one just threw down the worst season in Big 12 history and can’t pay its fans to attend games.

Does Kansas’ stadium still have that silly track around it?

And I’m embarrassed that I even had to make that argument. 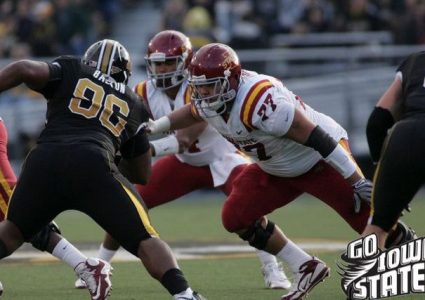