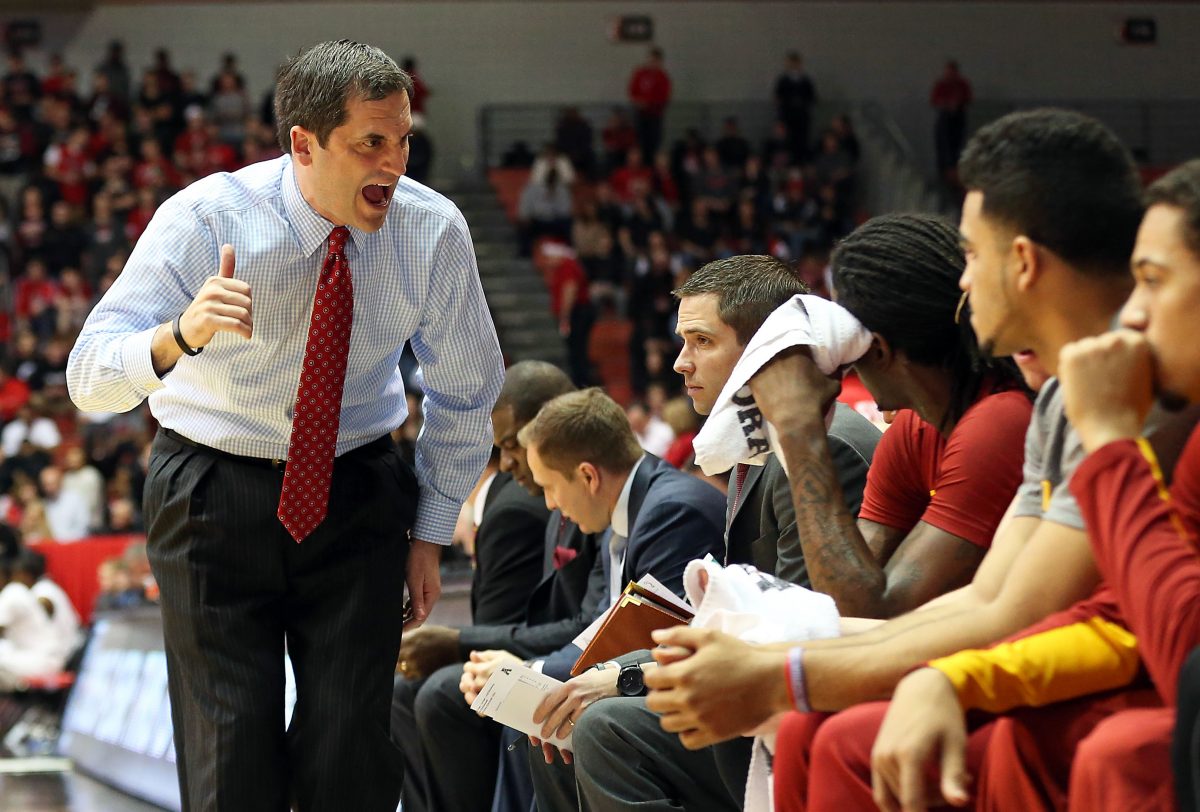 AMES — If you’re looking to engage with Steve Prohm on Twitter or Facebook, you’ll find the conversation a bit one-sided.

Iowa State’s coach recently deleted the popular social media apps in order to fully tune out exterior noise and negativity as the Cyclones (12-4, 1-3 Big 12) try to rediscover their winning ways.

Not that Prohm’s mind ever really wandered elsewhere, but dropping another distraction seemed a wise move in the wake of back-to-back losses to Baylor and Texas.

It’s a popular strategy. Niang announced earlier this season that he’d swear off tweeting for an extended period of time and Morris also has let his Twitter feed go dormant. Not so for Instagram, but the record-setting point guard said the dynamic’s different there.

“I’m not going to run away from it just when things get bad,” Morris said. “That’s not me. I know what type of player I am and what type of team we have. Social media ain’t the problem. We’re losing, but reading what other people say on Twitter is different from Instagram, which is why I keep my Instagram.”

Fair enough. As for what’s causing the noise — spotty defense and three losses in four games, it’s being dealt with, Prohm and his players reiterated.

“You want to play fast, you want to play up and down, but you’ve got to understand time and score, you’ve got to understand shot selection, because as many times — everybody’s talking about the defense right now,” Prohm said. “How much is it against straight half-court defense that they’re scoring? Or are they scoring  in transition? Or are they scoring off bad offense that’s leading to transition? You’ve really got to break it down into numbers before you just say, ‘Man, our half-court defense is atrocious.’ Because our half-court defense, when it’s set, is not bad. It’s not unbelievable, but that’s not whats killing us.”

Quick shots continue to be a nettlesome issue, particularly in the midst of opponents’ runs. The Cyclones rank 21st, according to kenpom.com, in adjusted pace at 74.4, but 118th in adjusted defensive efficiency (100.1). There’s an obvious correlation, but one doesn’t necessarily lead to the other.

“I think it’s more focus and realizing the times we’re letting teams go for runs, which is end of halves, the middle of halves,” Niang said. “Really just have an extra emphasis and focus on getting three stops in a row, or getting two at time and really stopping the momentum and that all starts at the offensive end with really taking great shots and really getting to the front of the rim and being able to establish your defense after that.”

Lay-ups. Free throws. A well-timed flurry of these high-percentage shots defuse runs. ISU ranks sixth nationally in 2-point field goal accuracy at a robust 58 percent, so the planned approach of routinely attacking the rim appears sound. So does banishing ornery voices — on Twitter, Facebook and elsewhere.

“We’ve got a great team and we’ve got great players,” Morris said. “I feel like, not just myself, but everybody in here, we know how good we can be and how much success we had last year with these same players, so there’s not any big drop-off just because we took a couple losses.”

Still, losing hurts, especially when controlling the bulk of the games in which the setbacks occur. So Prohm acknowledges the disapproval, even while tuning it out.

“It’s hard, but it’s not — I deleted it now, so I won’t see it,” Prohm said. “But it’s hard, because I care. I came here to do a great job here and I love this place and I love this school and the fans. I don’t want to let anybody down,so yeah it bothers you, it hurts you as a human. But where I came from they want to win the same way. They beat me up there too, but we’re going to get through it. We’re going to get through it and at the end of the day we’re going to do special things.”