FORT WORTH, Texas — Some people were calling the Iowa State men’s basketball team’s trip to Fort Worth, Texas on Saturday afternoon a trap game. The Cyclones (15-4, 4-3 Big 12) were facing one of the conference’s lower tier teams in TCU (9-10, 1-6 Big 12) while a match up with No. 3 Kansas looms large on Monday night.

The trip was anything but a trap as the Cyclones handled business on their way to a 73-60 win over the Horned Frogs for their third consecutive win, and second straight victory on the road.

“Coach spoke about our Texas Tech loss last year, it was the same kind of feel and environment,” said Iowa State junior guard Monte Morris after the game on the Cyclone Radio Network. “We started off sluggish but later on we picked it up. Went on I think an 11-0 run when I got a steal and we were able to make them have to make adjustments.”

Iowa State continued its upswing on the defensive end of the floor holding TCU to just 39 percent (25-64) shooting from the floor and 24 percent (4-17) from 3-point range. They also forced 18 turnovers on the afternoon while switching between zone and man-to-man defenses.

The Cyclones weren’t immune to turnover issues of their own as they gave up the ball 23 times but shooting 54 percent (27-50) from the floor and 53 percent (8-15) from behind the arc can make up for some lost possessions.

“Anytime you go on the road and hold somebody to 60 points, tie them in rebounding, 39 percent from the field and make more free throws and shoot more free throws it’s going to be hard to get beat on that night,” Iowa State head coach Steve Prohm told the Cyclone Radio Network. “Proud of our guys. We didn’t start off great. We weathered the early storm. We hit them with a good run.”

Morris was spectacular on the afternoon scoring 18 points on 7-of-11 shooting with two 3-pointers and six assists. He was also accountable for just one of the Iowa State turnovers despite playing 38 minutes.

Georges Niang was a little more quiet offensively than he’s been recently but he still scored 11 points, dished out five assists and grabbed five rebounds. Although, he did have a team high seven turnovers.

Matt Thomas also added 15 points with three 3-pointers with 39 minutes and Deonte Burton came off the bench to score 10 points in 15 minutes.

“Monte played great but a lot of people did,” Prohm said. “Jameel (McKay) had 10 rebounds, Matt shot it well, Deonte off the bench, Jordan (Ashton) off the bench did some good things. Hallice (Cooke) came in, limited minutes, but I thought the bench was good for us, those three guys. Georges, talked to him he’s probably mad at himself right now but he’ll be ready to go Monday. Then (Abdel Nader), him and (Nader) the turnovers, they had half of them but those guys will be ready to go on Monday.”

With the possible trap out of the way, the Cyclones can now turn their attention to the Jayhawks, who picked up a 76-67 win over Texas on Saturday. The game will be Iowa State’s second consecutive week on ESPN’s Big Monday for an 8 p.m. tip off.

After some students will have been camping out for a full week to get good seats for the game, the atmosphere is sure to be juiced with the Cyclones looking to pull closer to the top of the conference standings.

“Kansas knows us, we know Kansas, we don’t need time to prepare for them,” Thomas said. “We know what they’re about, they know what we’re about. It’s going to be a great atmosphere. I know our fans have already been camping out since last week so it’s nuts. We have the best fans in the country. I’m excited. I know my teammates are excited.” 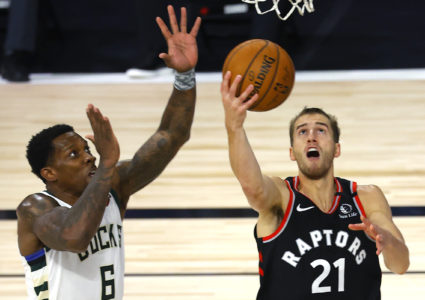