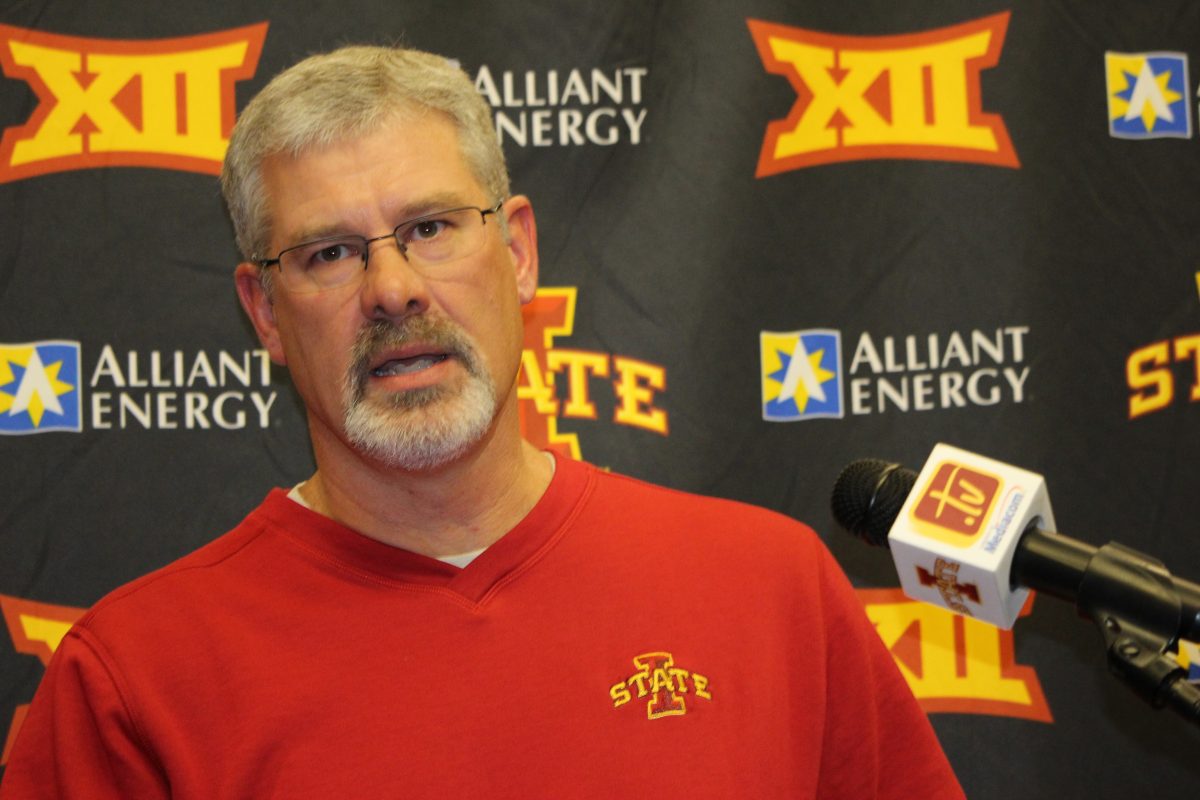 AMES — Paul Rhoads’ verbal thank-you note spanned three minutes. The recitation of his program’s accomplishments the past seven years — academic, in the community, and on the field — also ran long.

Then, several minutes into an emotionally raw Monday news conference, the recently-dismissed Cyclones football coach turned his thoughts to a rosy future that won’t include him.

“The 2016 Iowa State football team will be bowling, because we leave behind a great nucleus of talent, leadership and commitment to what takes place on the football field,” Rhoads said forcefully. “I’m sorry we won’t get an opportunity to see that through. I wish that team and the fans nothing but the absolute very best.”Rhoads will coach one last game in the cardinal and gold — the Cyclones’ season finale at 11 a.m. Saturday at West Virginia. Don’t win it for him, he told his players yesterday. Win it for each other. Win it for the seniors.

“That just shows you how much he really cares about us and how unselfish he is,” standout receiver Allen Lazard said. “He cares so much about Iowa State. Just the amount of effort and time he’s put in here, you couldn’t put a price on it.”

Term limits applied, though. So when Jamie Pollard informed Rhoads Sunday morning he would no longer be the head coach, he understood why. Didn’t agree with it, of course, but he understood.

"In the end, in a year that we’ve lost six games to teams that are currently ranked in the AP top 25, it was not enough,” said Rhoads, who will receive $4.5 million to buy out the remaining six years of his contract. “Unfortunately, it’s a bottom-line business and I fully understand that and our staff understands that.”

The Cyclones (3-8, 2-6) went to three bowls (winning one) in Rhoads’ first four seasons, but missed out on postseason play the past three.  Saturday, ISU led Kansas State 35-14 at halftime, but a pair of late fumbles led to a ghastly 38-35 setback. No one felt the sting of that more than Rhoads, but Pollard said today that Sunday’s decision didn’t stem from one shocking defeat.

“Sometimes you can want something more than it wants you,” the ISU athletics director said of the program’s struggles the past three years. “I wanted him to be our coach. He wanted to be our coach, but it just wasn’t meant to be.”

Not anymore, but it’s the future Rhoads is focusing on, both for the team and himself.

“I’m a ball coach,” he said. “I’m going to keep coaching. I relish the relationships I have with our players. I’ll probably keep an eye on a couple players this week. See how they do. A couple specific ones.”

The emotion emerged again here. So much was talked about today — stirring past wins, devastating recent losses, high hopes for next season — but the one constant with Rhoads is his passion.

“I don’t like to talk about myself,” Rhoads said. “I think I’ve been full of class, done things the right way, represented the university and the people I work for, represented my family. I’m sure there are lots of bad words spoken about me out there in various fashions of water-cooler rooms, but other than losing football games I didn’t give them very many.”

As for his players, he gave them much more.

“This is my fifth year here,” said junior linebacker and captain Levi Peters. “You spend more time with these coaches than you do your family. This becomes your family. So knowing that here in a couple weeks you’re going to walk in and none of these guys are going to be here, it hurts.”

Change happens. The future’s indeed potentiall bright in Ames. Rhoads has a few more thank-you notes to pen and deliver, however — to the fans, to his staff, to his players.

“We’re going to coach our tails off this week, go to Morgantown and try to get these seniors a victory to end their careers as Iowa State Cyclones,” he said. “Sunday, we’ll take care of the staff and some things they need to know about their future and then my primary mission in the days to come after that will help all those men and ladies get jobs. That will be my tireless pursuit in the month of December.” 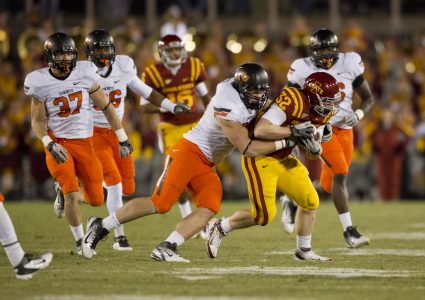 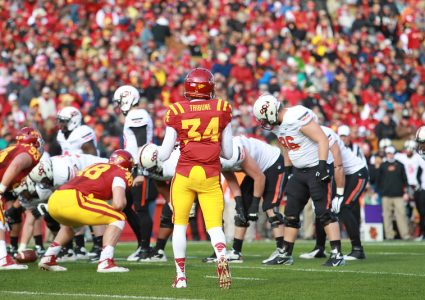