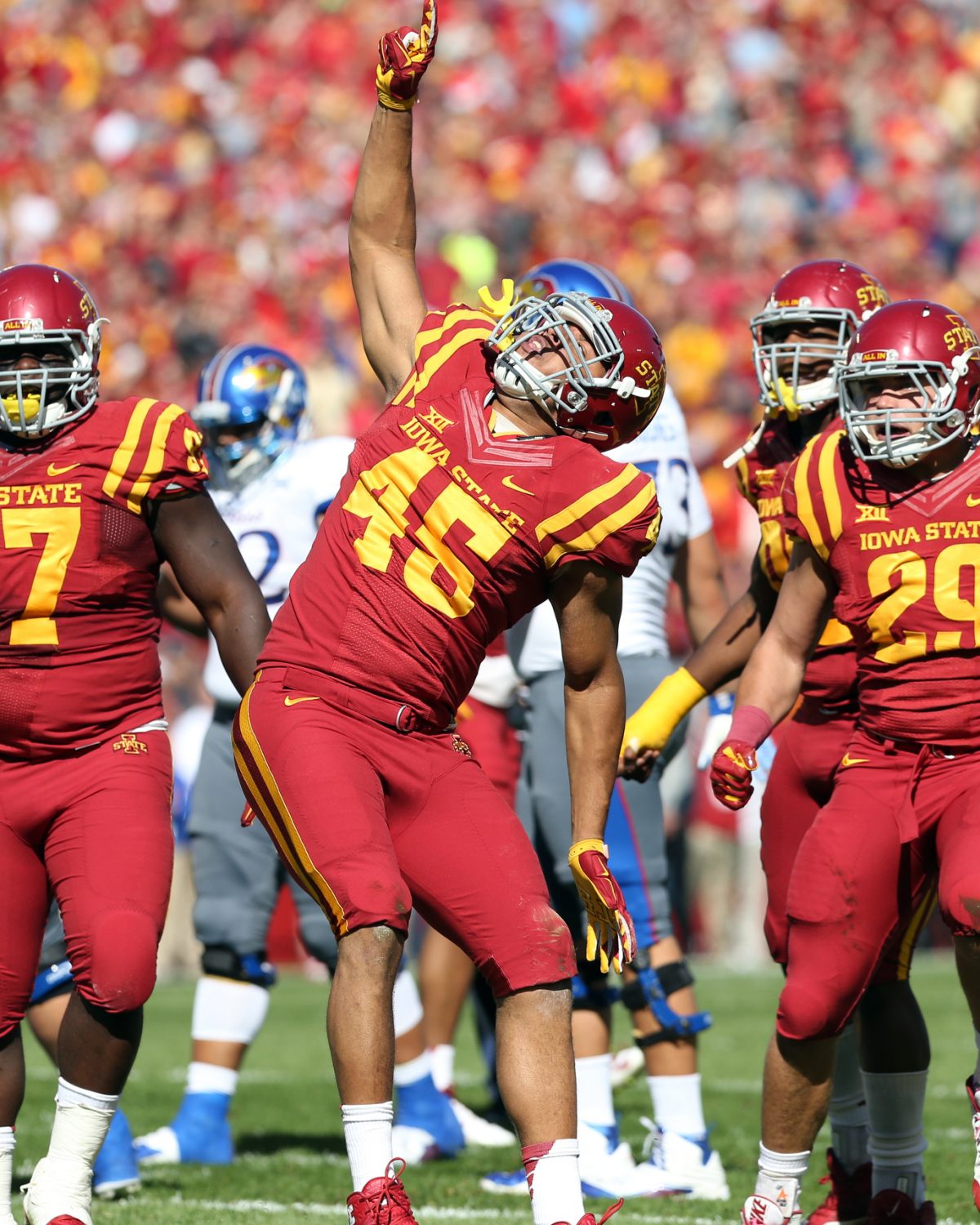 AMES — Wally Burnham intends to bring calm to the chaos as the Big 12’s trio of top offenses line up opposed to his defense the next three weeks.

Burnham likened the Air Raid-style offense the Red Raiders (3-2, 0-2) employ to an old-school electric football game.  I owned one of those sets back in the day. It was fun to set up and plug in. Then it wen’t “buzzzzz” and the fun essentially stopped, as two-piece plastic players snaked this way and that. In other words: Directing the action was almost impossible.

That’s the challenge for ISU (2-2, 1-0) when Patrick Mahomes, Jakeem Grant and company bring their 50 points-per-game average to the field.

“We’re playing against a great offense and we’re going to see how far we’ve come,” said Burnham, whose group ranks third in the conference in total defense, yielding 343.5 yards per game. “I’m anxious for that. Can’t say that I’m excited to see five wide recivers out there running around.”

Not excited, but confident.

A shootout of a sort that Texas Tech experienced two weeks ago in a 55-52 loss to the Horned Frogs probably won’t bode well for the Cyclones.

But keeping the pressure on Mahomes — and the points at least down in the 30s — could.

Still, that’s not easy. Mahomes has been sacked just once in 221 pass attempts. Once.

“That quarterback is as good as there is in our league,” Burnham said. “He keeps the ball alive.”

So while the Red Raiders may be down a starting lineman and a couple of good receivers the quick, short passes they strike with may mean it’s hurries, not necessarily sacks, that would form the winning pressure-based formula.

“I know they get the ball out quick,” said ISU defense end Dale Pierson, who ranks second in the Big 12 in sacks with six. “So just continue to use my quickness and speed just to get penetration into the gap.”

The Red Raiders have scored at least 35 points in every game this season, and racked up 600 or more yards in each of their past two narrow wins over the Cyclones.

Tech leads the nation in passing offense at 423.8 yards per game, but they also average a respectable 179 yards on the ground each Saturday.

ISU gave up just 38 yards on 35 carries in last week’s 38-13 win over Kansas, signalling deeper improvement in that area of the defense, too.

“Since we get a fairly good (amount) of sacks, I think a lot of teams and people out there think that we’re not really a run stop defense,” Pierson said. “I think after (the Kansas game), jsut seeing how we can move and stuff  — our quickness and speed that we have on the D-line, pretty much everywhere on the defense, that we’re pretty fast. And every time one person hits a guy, pretty much somebody else is flying right over top of him. So we take a lot of pride in that.”

Redshirt freshman Mike Warren conceded that he won’t be sneaking up on anybody after back-to-back 100-yard games, but the Cyclones may not need to be surreptitious to continue producing on the ground.

One reason: the O-line, with guard Daniel Burton apparently fully healthy, has jelled as of late.

“I just saw a lot more passion when they were blocking and a lot more determination;  just trying to get those last couple yards and just sticking to what they know how to do,” Warren said.

Grinding out drives in the former aids the latter. Chaos is diminished and control becomes possible.

“It’s a challenge and our kids are looking forward to it,” Burnham said. “See what we can do.”