Royce White is playing NBA summer league ball with the Clippers and for the first time in a while, the former Cyclone was recently quoted talking about anxiety and his tumultuous career.

This time around, White is concerned about what he calls "misinformation" regarding his well documented fear of flying.

"Me saying that I don’t like to fly turned into ‘He can’t fly,’" White told the L.A. Times.

White was drafted 16th by the Rockets in 2012. He was then traded to the 76ers in 2013, who eventually released him. White earned two 10-day contracts (but only played in three games) with the Sacramento Kings in 2014 before once again being cut.

Through two games this summer, White has averaged 10.5 minutes per game for the Clippers and has yet to score a point.

It’s great to see Royce back out there playing ball. For his sake, hopefully he’s got it figured out this time around. 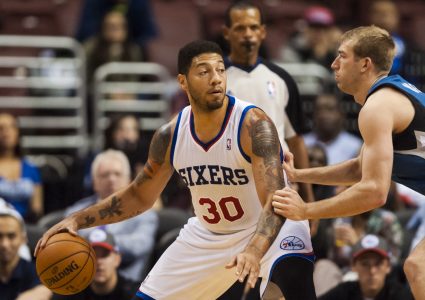 Is Royce White planning a comeback?