Simeon Carter signed onto SMU’s class of 2015 but did not qualify academically.

The 6-foot-8 forward, who Rivals ranks as a 3-star prospect, visited Iowa State over the weekend. According to a source, it’s down to Iowa State, Oregon and Illinois to land the West Charlotte, N.C. native’s services.

It’s unknown at this time if Carter plans on visiting Oregon and Illinois.

Iowa State still has one or two scholarships (depending on the status of Giorgos Tsalmpouris) to give for the 2015-16 season. Being this late in the game, Carter would be considered nearly (if not) a "best-cast scenario" type of recruit. 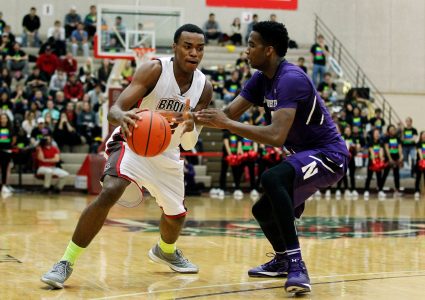