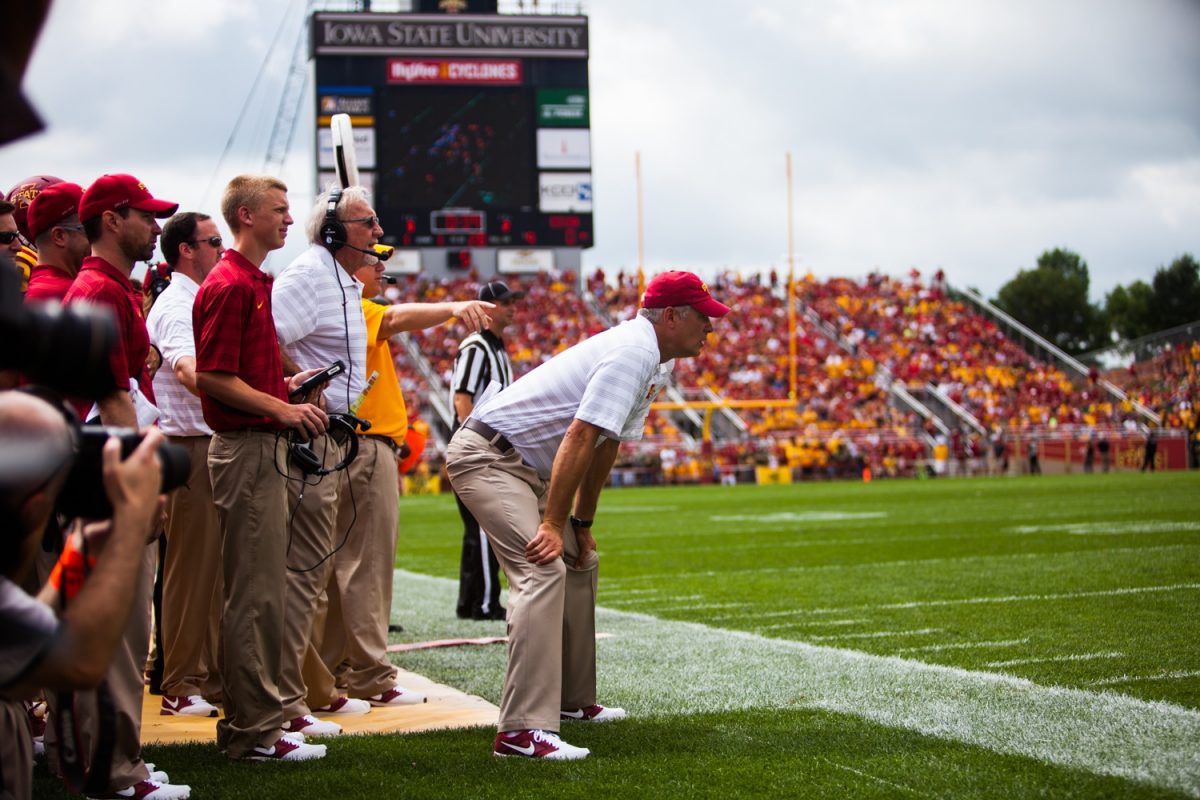 So you’ve been warned. Below find my top five takeaways from these gentlemen’s conversations with the media.

You’ll find updates on the long-awaited launch of Jordan Harris 2.0, the running back race between Tyler Brown and Mike Warren, and the limited-in-practice, but boundless-in spirit former walk-on linebacker turned special teams legend Levi Peters, who could be taking his two-legged takedowns to prime time this fall.

So … enjoy? I promise the publisher will be back, Honest. He may be hung over, but he’ll most definitely be back.

“He’s not even like the same football player he was,” Burnham said.

“Jordan’s, right now, making plays and doing a good job and being in the right place,” Burnham said of his current No. 1 middle linebacker. “Where last year, he just wasn’t ready to play football at this level.”

It’s well-known that Harris, who will be reunited on the field with former JUCO teammate and D-tackle Demond Tucker, struggled with the playbook last season.

He’s got a strong grip on it now, which, if he maintains it, suddenly makes a thin linebacker corps glimmer with a touch of promise.

“He’s playing fast and the physical Jordan Harris that we recruited is coming out,” Rhoads said.

2. This just in: tailbacks Tyler Brown and Mike Warren are good. Really good. Strong, quick, but highly inexperienced. Brown carried the football 24 times last season. Warren, of course, redshirted. They’re truly a two-man show this spring, because Martinez Syria is out for the spring with a neck injury — and both played like green, but hungry headliners in the scrimmage.

“They’re just young guys that need a little experience, but they’re capable of making big plays,” Mangino said. “They’re capable of getting their pads down, which is something we’ve been emphasizing with our running backs.”

And Saturday’s scrimmage came far closer to simulating real game action than anything previously undertaken in the spring. The bright lights burned, and Brown and Warren both basked in the glow. They’ll need help, of course, and whether that’s simply Syria or includes one or both high school signees Sheldon Rooney and Joshua Thomas is anyone’s guess at this point.

“I thought that was those two’s best day,” Rhoads said. “They ran north and south. They showed speed and burst. They showed the ability to after contact push the pile a little bit and they hadn’t shown that in the last week’s time. They’re both strong guys and we’ve got a lot of strong players, but we haven’t always shown that strength or utilized that strength because our heads are down and we don’t roll our hips. I thought they did the best job of that today they have all spring.”

3. Even being limited in practice thanks to last fall’s surgery to repair a ruptured Achilles tendon can’t keep Levi Peters down. From his scraggly, flowing beard to his tendency to transform his body into a heat-seeking missile, the very concept of “limits” runs counter to Peters’ personality. In fact, he’s been so good this spring in a limited role, if healthy he’d be the No. 1 WILL linebacker ahead of also-improving Brian Mills.

“They’re both physical kinds of guys,” Burnham said. “Levi’s crazy and he’s going everywhere, but he’s going hard. He’s improved in knowing the defense and knowing what his job is.”

Bottom line, as we’ve learned: Count Peters out at your peril. Now, how good can he be relative other Big 12 outside linebackers? On paper, well down the chart. But the the sentence I typed at the start of this paragraph stands. Peters has enough of what defensive tackles coach Shane Burnham calls “want-to” to make any level of achievement possible. Kid probably could climb Mount Everest without supplemental oxygen.

4. The offensive line is worthy of cautious optimism. Now, that’s only if you’re a hopeful type. If you’re convinced this program is in dire need of a whole-home makeover — and now — make that pessimism. I get it: It’s been a long, depressing last 24 games.

But Jake Campos will be an all-Big 12 talent. This season? Maybe. Probably next, but he and Brock Dagel (if fully healthy) provide solid bookends at tackle. As for guard and center, the Patrick Scoggins experiment at snapper yielded mixed results. Rhoads said if the season started now, veteran Jamison Lalk would be the starting center. They like Scoggins’ tenacity, though, and once you get past rehabbing Daniel Burton (clearly the best guard), he figures into a guard mix that includes Oni Omoile, Wendell Taiese and Jacob Dunning.

So will the line be improved? Probably. Enough improved to make the offense markedly more productive? Jury’s out, but recent history’s not encouraging.

Still, Mangino sketched out some areas this spring and fall that must get better if any measurable improvement is to occur.

“Blocking movement better,” Mangino said. “When a guy is sitting in a gap, it’s easy to block him. When he’s on the move — you’ve got to be able to block people on the move. And we’ve got to do a better job of taking care of outside blitzes with our tackles and our backs. Our tackles’ vertical sets are an issue that we’ve worked on and we’ll continue to work ‘em and work ‘em. There’s no other way other than to just keep doing it over and over and over.”

5. Mangino smelled a rat (or three). Remember when he said he thought last year’s offense featured a full group of “enthusiastic” players who simply did not handle adversity very well? He amended that statement Saturday without calling anyone out by name.

“This group here, this football team here — and this is just my opinion, this football team here has genuine enthusiasm and a real hunger,” he said. “I think last year when I came around, I think a few guys fooled me. They jumped up and down and cheered and everything in practice and then when we got our backs pinned up against the wall the enthusiasm left. These guys, I’d like to think there’s a little different culture and mentality here. These guys like playing, they like practicing, they like getting after each other and they want to get better. I’m not saying that every guy last year was like that, no. But the culture of this year’s team is different from last year. Does that translate into more wins? Let’s hope so, it does.”

Couldn’t have put it any better myself. If there’s a good time to settle on hope rather than despair, it’s April 4th.

Three backs, one spot: The No. 1 tailback race is on