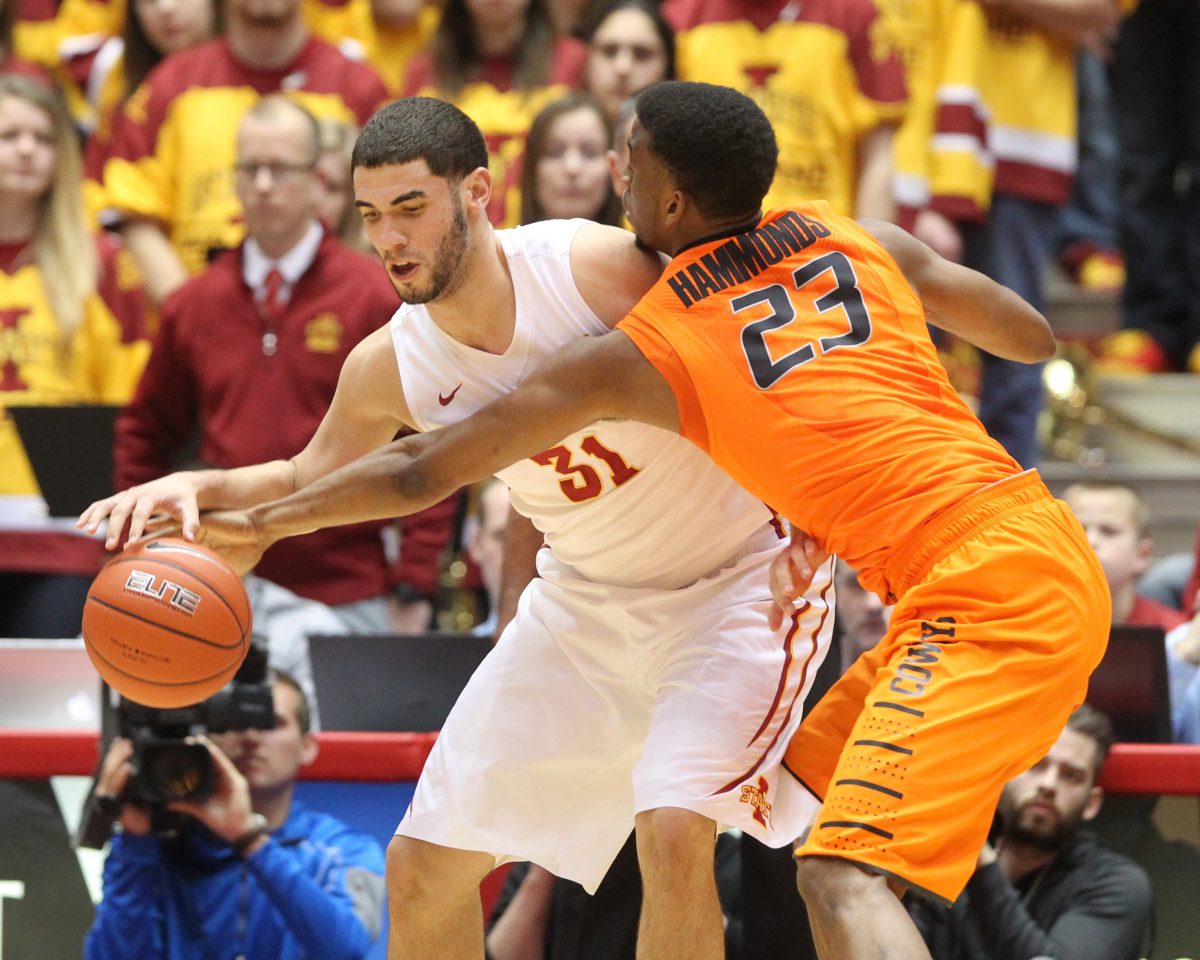 For someone who’s been underestimated, dismissed, paid short shrift, a chip on the shoulder’s like a brick of gold at Fort Knox.

“That’s pretty cute,” the 17th-ranked Cyclones’ star forward said Thursday after being dubbed the “bum of the game” by West Virginia student writers entering Saturday’s matchup in Morgantown. “It’s nice that they do that. Nice school spirit.”

The typically steady Niang — who has shot just 6-for-25 in the past two games — essentially invited the barbs, though.

“I was texting back and forth with (Mountaineers star) Juwan Staten, so I’m sure he went and told them everything we’ve been talking about," he said.

But the Mountaineers thrive on pressure. In fact, they create it. West Virginia leads the nation in steals per game at 13.1. he Mountaineers also top the country in offensive rebounds, at 18.0 per game.

“This year their system is really based on turning you over and offensive rebounds,” Cyclone coach Fred Hoiberg said. “But even moreso this year, the number that jumps off the page is they’ve taken almost 300 more shots than their opponents, with the turnovers and the offensive rebounding. It’s going to be a battle. They pressure you for all 40 minutes — traps. We’re going to have to take care of the ball and rebound. That’s pretty simple. If we can do those two things, we’ll have a chance.”

Better than that, if the “bum” has anything to say about it.

“I feel like I can come to my own emotional rescue,” Niang said. “I’m not hitting the big red panic button just yet. I feel like I’ll be all right.”

Let’s just say the Cyclones’ state of mind wasn’t great as last year’s blowout loss loomed at West Virginia. “As a team we went out that Saturday before we went out there (to Morgantown for “Big Monday”)," Morris said. "Everybody knows that. The consequences showed that Monday. So this time around our focus is much different. Everybody’s been at home, just relaxing and getting our minds focused. So it should be a different outcome.”

So you’re concerned about Bryce Dejean-Jones’ point production in the past four games? He’s not. “Whatever it takes to win,” he said after four straight games of non-double figure scoring. “I’m going to try to get back and do whatever it takes to help the team win.”

West Virginia will be the third straight physical, defense-minded team in a row that ISU will face. What makes the Mountaineers so tough? “Anybody can get it going,” Morris said. “It’s all ran by Juwan Staten so I know I’ve got a big job ahead of me on my hands. I’m looking forward to it like I always do.”

Morris vs. Staten should be a 40-minute matchup this time