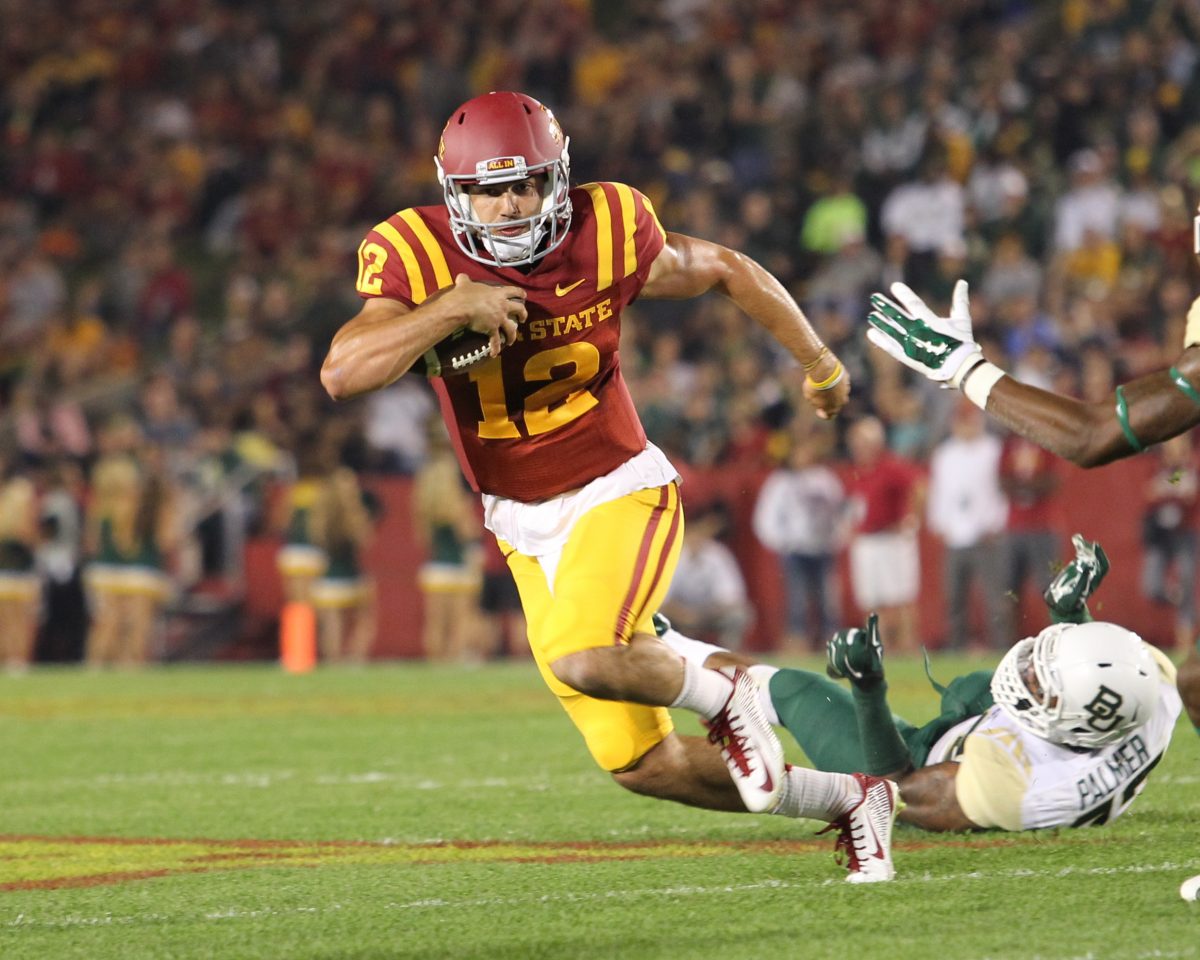 The ISU junior quarterback’s banged-up throwing shoulder simply wouldn’t respond well enough to make playing a wise decision, so Richardson sat out as Grant Rohach started in what turned into a 34-14 loss.

Richardson said he and the coaching staff collectively determined last Thursday he’d be better off with added rest.

“It wasn’t easy,” said Richardson, who started the previous eight games, but couldn’t overcome an AC separation to stretch that string to nine. “It was obviously very frustrating — I think even more frustrating (on Thursday) than on Saturday. You feel hopeless, but I can honestly say I did everything I could to go out there and play and we just came to the conclusion it was better for Grant to get an opportunity than for me to try to do that.”

Rohach threw for 275 yards, two touchdowns and one interception in his first start of the season.

He completed 2 of 4 passes for eight yards in the previous week’s loss to Oklahoma after Richardson absorbed the hit that led to his right shoulder separation.

“You’ve got to give it a little bit of time, I guess,” said Richardson, who’s thrown 14 touchdown passes while being picked off six times this season.

Richardson, who hasn’t thrown with velocity this week, expects to be healthy for the Nov. 22 home game against Texas Tech.

“Without a doubt,” he said. “It was pretty close last weekend, honestly. It was right on the edge and I don’t see any reason for me not to play in the next one.”

“With just the open date, it’s not necessary that he’s throwing (in team practice),” Rhoads said. “So we’re going to wait until Sunday to throw him. The medical staff, they’re confident he’s going to be full speed velocity with his ball on Sunday, but they’re doing some motion things with him and tossing balls (for now).”

Rhoads said it was fun to see the energy his team (2-7, 0-6 Big 12) exhibited once it hit the practice field this week.

He also said the prospect of not playing in a bowl game for the second straight season hasn’t dampened that energy.

That won’t be Saturday, of course, but Rhoads has a plan for that time frame, as well.

“My wife says I’m required to smile and have fun doing something and that’s probably what I’ll try to do,” he said. “God bless her.” 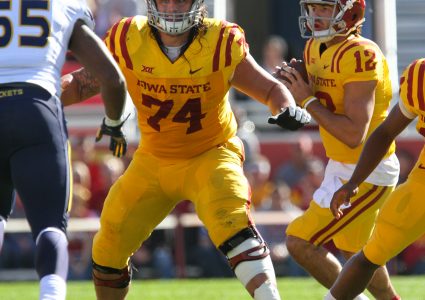 Sam Richardson on a “pitch count” for Texas Tech week