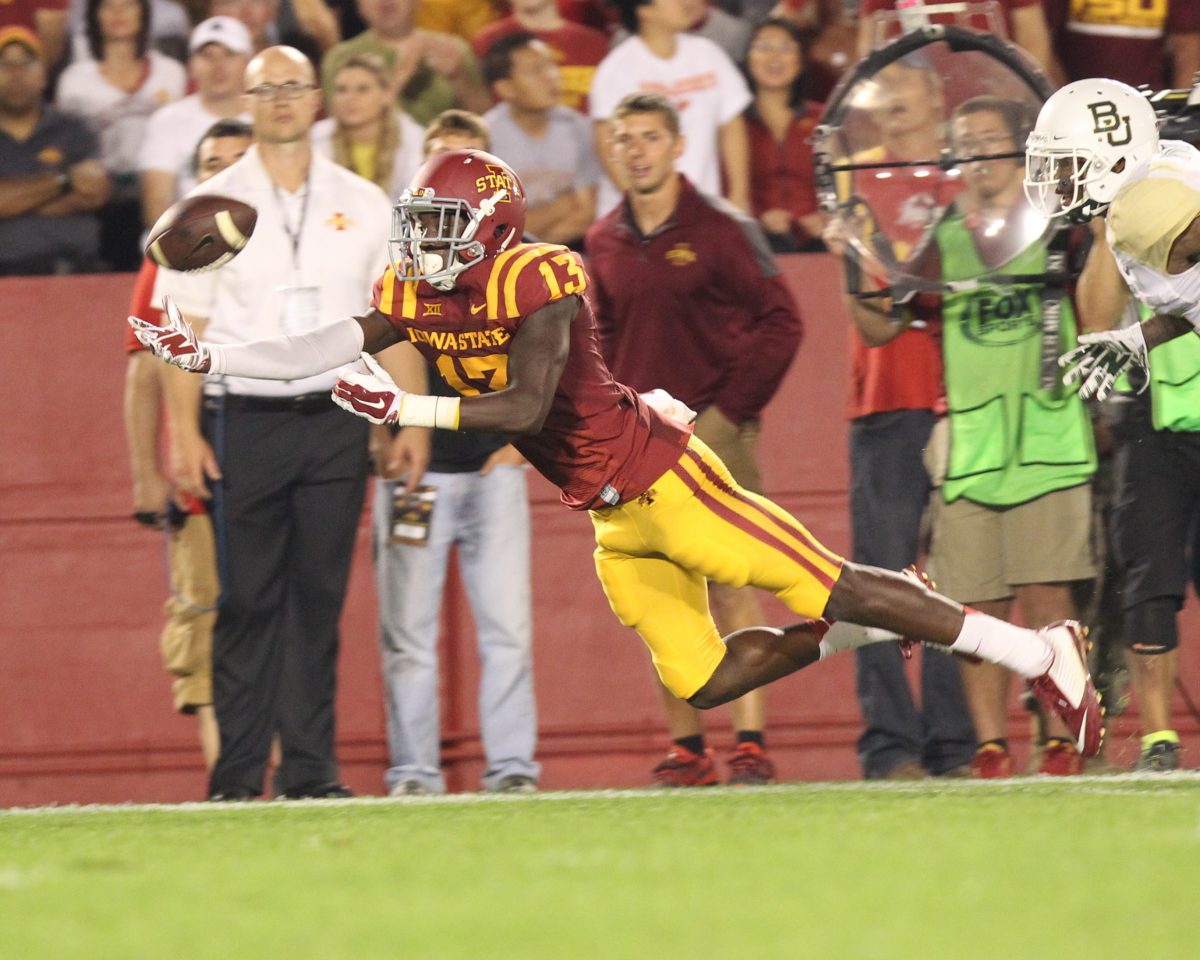 So much so that the ISU quarterback turned a certain sack into an interception.

Down 14-7 to seventh-ranked Baylor and under siege early in the second quarter, Richardson attempted to evade a big loss by throwing the ball away left-handed.

The ball wobbled toward the sideline, but instead of being a successful throwaway, it found the hands of Bears safety Orion Stewart.

“Just trying to do too much,” said Richardson, who threw for two touchdowns and rushed for another score as Baylor rolled, 49-28, Saturday at Jack Trice Stadium. “I got flushed to the left and tried to throw it in the dirt and I think I got hit as I was throwing it and obviously sailed it. It’s just a stupid play, obviously. Something that i’ll have to learn from.”

And so it went Saturday night as the three-touchdown underdog Cyclones tried and failed to topple the elite team that boasts the nation’s top-rated offense and defense.

The effort was there.

The desired upset result was not.

“One of our goals in this football game was to start positively and we did that,” said ISU coach Paul Rhoads, whose team fell to 1-3 overall and 0-2 in Big 12 play. “Being 14-7 at the end of the first quarter gave us an opportunity to compete in this football game. We didn’t follow that up in the second quarter. I believe that was obvious.”

Baylor outscored the Cyclones 21-0 in the second quarter.

Those three scoring drives spanned all of 5:21.

And at 35-7 the final outcome was all but sealed.

“You’ve got to play your best game to win in the Big 12,” said linebacker Jevohn Miller, who recorded a career-high 17 tackles.

And you have to play a virtually perfect game to hang with the Bears, who showcase a unique blend of efficiency and explosiveness that left 51,776 fans slack-jawed.

“We did a workman-like job tonight and took care of business in an environment that wanted to beat us,” said Baylor coach Art Briles, whose team snapped a modest two-game skid in Ames.

Bears quarterback Bryce Petty turned the most heads, as usual, completing 30 off 44 passes for 336 yards, one touchdown and one interception.

“I think he’s the best football player in college football,” Rhoads said. “I told him that after the game.”

The latter play made the score 35-14 and briefly resorted hope Saturday until the Bears answered with a 7-yard Shock Linwood touchdown after ISU failed in an onside kick bid.

Richardson — who entered the game completing 68 percent of his passes — managed to connect on 17 of 39 attempts Saturday for 212 yards.

He led the Cyclones in rushing with 99 yards and after the game criticized himself for missing long on a few potential big play passes.

““As a quarterback, you’re going to make bad plays, you’re going to make good plays,” Richardson said. “You have to outnumber the bad with the good and that’s not something that I did tonight .But I think the receivers rally had a pretty decent game today. I thi k they make the catches they were able to make. Putting the ball out on front of them too much is just not something you can do as a quarterback.”

Jarvis West posted a game-best five catches for the Cyclones.

“I’m just happy with the way our team fought the whole game,” Lazard said. “We never really gave up. We’ve just got to focus on the positives of the game and reflect on the negatives and how we can get better.”

That’s what Richardson’s doing, too.

He won’t dwell on that one play — nor the many good ones he contributed, either.

Saturday simply added up to a loss.

Dust off, move on.

“It was an awesome opportunity in front of us to go out and play against a team like that and we got backed up in a corner and tired to come out swinging,” Richardson said. “Just didn’t swing hard enough, I guess.” 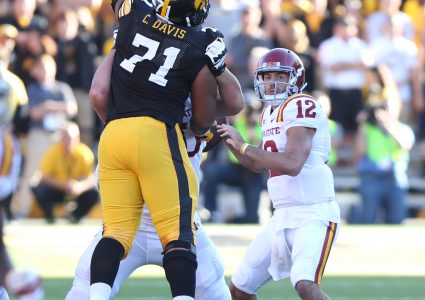