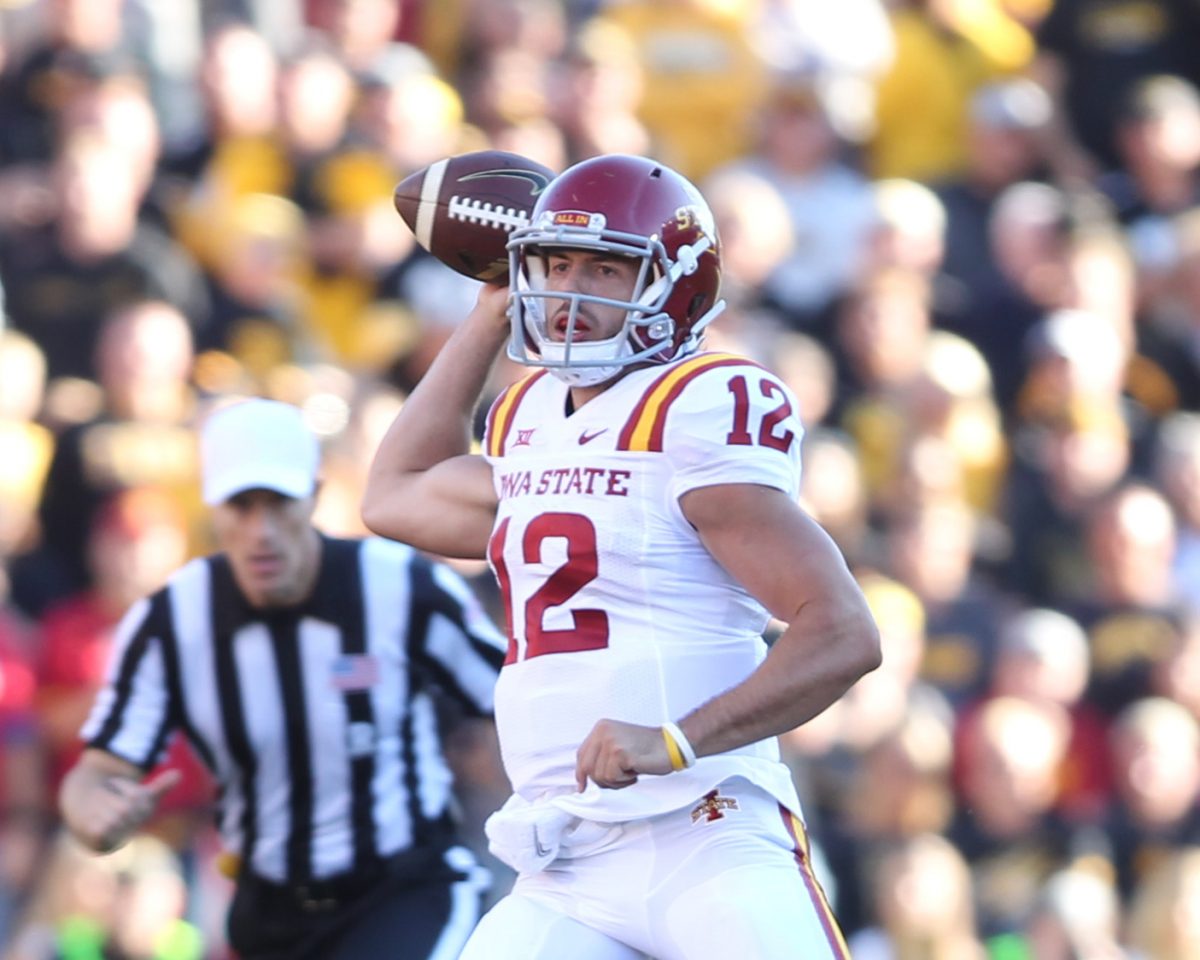 ISU’s receivers got behind Baylor’s speedy and physical defensive backs several times in Saturday’s 49-28 loss to the No. 7 Bears at Jack Trice Stadium.

“We knew we had to win against press coverage,” Cyclone coach Paul Rhoads said during Monday’s news conference. “That will be the case for the foreseeable future in this league and we think we did (vs. Baylor). We’ve got to continue to do that. We hit some fades. We got some pass interference on a number of others, then as you said, we missed — and we missed on what potentially could have been 14 or 21 more points, potentially on those plays alone.”

Next up: Another speedy, but less proven defense in Oklahoma State.

ISU, as Rhoads said, will likely see in-your-face coverage from the Cowboys’ corners in Saturday’s 11 a.m. game at Stillwater, Okla.

There’ll be little cushion and lots of jostling at the point of attack.

Quite simply, Oklahoma State will dare Cyclone quarterback Sam Richardson and his depleted corps of receivers to beat them deep — until ISU proves it can establish a run game, at least.

And Richardson knows that.

He said as much after throwing two touchdown passes and running for another against the Bears, who employed a similar “show-me” tactic.

“We had to try to challenge them downfield and make them pay for trying to do that and I think we just missed too many opportunities downfield and they were there to be made,” Richardson said after the game. “Maybe it was a little overthrown. It’s not excusable, obviously. Not getting the job done.”

Richardson had his moments, though, showing great touch on an 11-yard back shoulder touchdown toss to Dondre Daley and in finding Tad Ecby over the middle late for a 51-yard scoring strike.

The overthrows haunted him, though.

Daley broke free a couple times, as did Allen Lazard.

Richardson put slightly too much air under each potentially game-changing throw.

“It’s good to know you’re getting the look that you want,” Lazard said Saturday. “But you’ve got to be able to capitalize on the play.”

For that to start occurring with regularity in Stillwater, vastly improved success in the run game must merge with greater precision through the air.

Leaving points on the field proved costly against Baylor.

It can’t happen again this week in as hostile an environment as there is in the Big 12.

Rhoads even performed a vigorous mock paddle Monday  — causing a microphone to tumble from the podium — to demonstrate how Cowboys’ fans offer their own noisy version of press coverage from the stands.

“They’re right on top of you,” Rhoads said. “It’s a sideline similar to Kinnick (Stadium in Iowa City) and Norman (Okla.). You’re talking to their fans as well as talking to your players when you’re making adjustments. They’re very active, very involved in the game. … You know what you’re getting after.”

THE BEAT GOES ON: Rhoads was asked about the lack of the production from everyone else but Richardson in the running game.

His response: "I’m not going to beat a dead horse," he said. "We all know we’re not running the ball well enough as a football team and there’s a lot of things that contribute to that and we’re working to improve."

When asked to beat the horse just one more time, Rhoads fully elaborated: "You’ve got to run the ball and you’ve got to defend the run if you’re going to be successful," he said. "And we’re not even scratching the surface at doing that. We’re averaging jsut over 100 yards running a game and our quarterback — not by design — is our top runner. We’ve got to fix it. It certainly is being addressed. It’s not something that we’re putting our heads in the sand about, but you’ve got to scheme things up sometimes when you don’t have the horses, pardon my pun. Whether that’s smoke and mirrors or just leveraging angles … We need to do a better job of blocking. That’s not just the interior five, that’s everybody. Receivers are a part of the blocking group and the tight ends. And our running backs need to do a better job of running the football. We’ve got to make some folks miss."

MEDDERS’ SURGERY: Rhoads said junior receiver Brett Medders will have surgery on his torn ACL this week or next week. Medders, a walk-on, made two key fourth-quarter catches in ISU”s 20-17 win at Iowa. Rhoads said when to have surgery will be based on swelling and the judgment of the doctor performing it.

NO ONE (NEW) IS OUT: Rhoads said at this point in game prep it appears anyone who was healthy enough to play against Baylor will be available Saturday in Stillwater. Guys are banged up, particularly on the offensive line, Rhoads said, but that’s to be expected at this point in the season. "So is Oklahoma State, so are most people," Rhoads said. "Very much a part of this physical, violent sport." 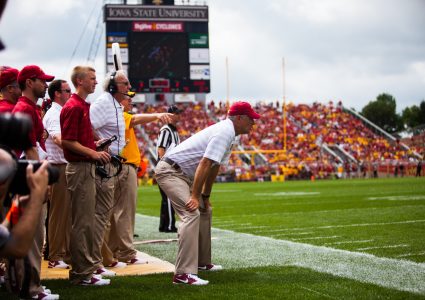 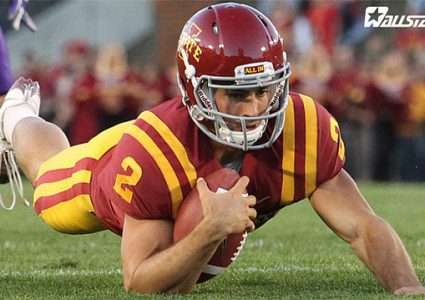