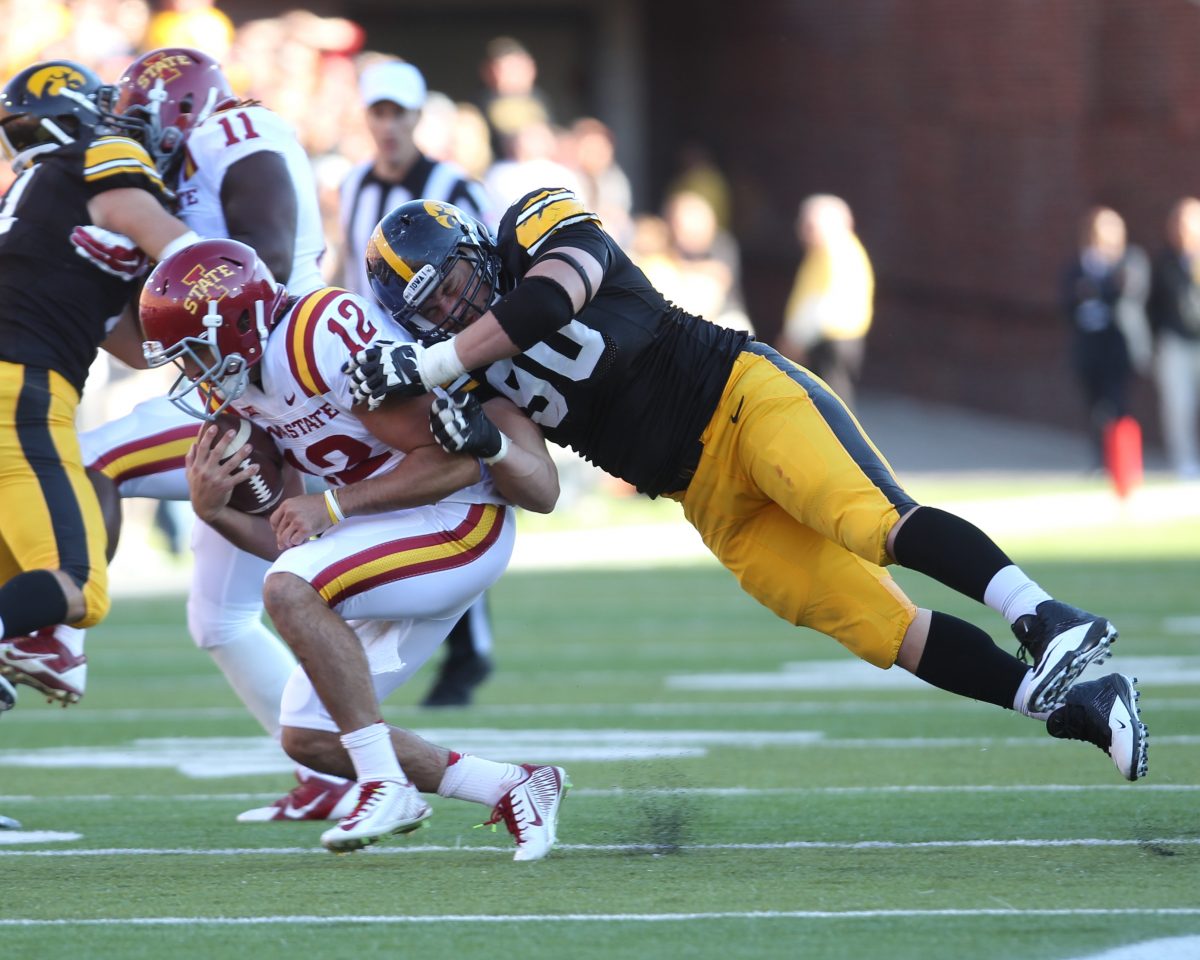 Wow. I don’t think anyone ruled out the possibility of the Cyclones leaving Iowa City with a win, but even after the improved performance over Kansas State and the Hawkeye struggles against Ball State and Northern Iowa, it didn’t seem like the most likely scenario. The paranoid ISU fan (read: all ISU fans) figured that Iowa would put things together any day now and that would likely happen against Iowa State.

Anytime you have a game winning field goal kicked with two seconds remaining there were likely innumerable big plays to be remembered. A fumble on the goal line, key fourth downs converted, controversial penalties, and more. But, hidden in each game and forgotten with the help of all of those Busch Light’s are the “little” plays that lead in to those big plays to make them possible in the first play. The “little” plays teed up the big plays and are detailed out below:

Bingo bango bongo, there’s a rivalry win and a game that could prove pivotal in turning the season for this young Cyclones squad. One play I did not mention was the second of the series on ISU’s game winning drive. Sam Richardson was oh so very close to not just throwing a pick but likely a pick six to Iowa’s Bo Bower. Instead, it went through his hands and Allen Lazard made the catch for a nine yard gain.

That play embodies why some call me “stoic” in my evaluations of wins and losses. Instead of a likely devastating loss in the biggest of nut punch ways, ISU went on to win and deliver the gut punch win. My point is that had Iowa intercepted that and gone on to win, we’d all be feeling soooo much worse right now and rightfully so. One single play after three and a half hours of football could’ve settled it all.

But it didn’t. Had the pick been made think how far the pendulum would’ve swung for ramping up the heat on Paul Rhoads’s seat. Yet, does that one play make Rhoads a better or worse coach? I say no, and that is how I keep my perspective. It’s all about the wins and losses over time but man, there sure is a lot of luck and timing that get mixed into the recipe of success, too.

Regardless, that was a big win for the 2014 Cyclones to get in the win column before having to deal with Baylor and Oklahoma State. 1-4 isn’t good, but it sure is better than 0-5. If the team can keep progressing, there are some winnable games on the back half of the schedule. Pull off one huge upset and…? 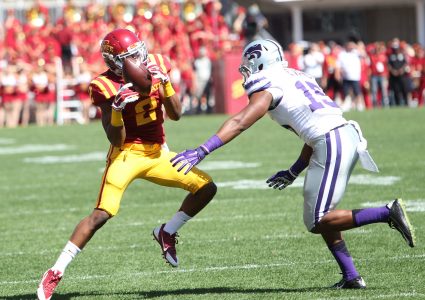 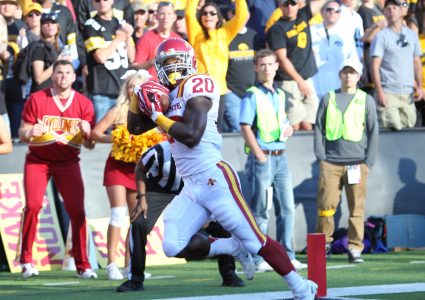