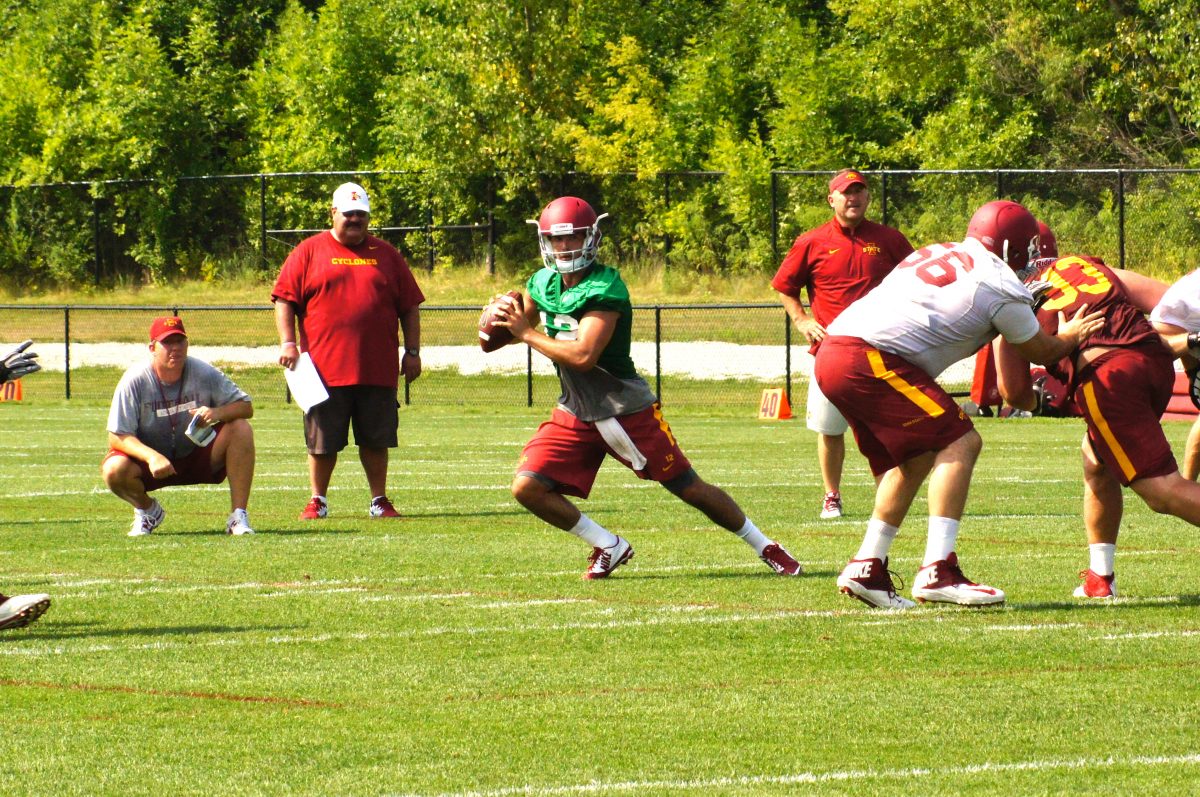 For over 77 years, Nebraska Furniture Mart has provided the greatest selection of products at legendary low prices. We shop our competitors and update our prices daily to guarantee you the lowest price in town. Offering a great selection of appliances, televisions, flooring, countertops, & window treatments. Come see what we can do for you at our store just one block south of Hickman on 94th street in Clive.

And, still, the football beckoned.

Throughout Iowa’s most frigid winter in a quarter century, ISU quarterback Sam Richardson and receiver D’Vario Montgomery bundled up and trudged outside.

The former Winter Park (Fla.) High School stars sought to rekindle their long-standing Sunshine State connection — and did so with simple, yet meaningful games of sub-zero catch.

“Me and him just throwing the ball,” said Montgomery, who hopes to deepen that bond in the Cyclones’ 11 a.m. season opener against North Dakota State. “Just catching and throwing.”

As the weather finally warmed, so did Richardson’s fortunes.

The 6-2, 221-pound junior will take the first snaps as ISU’s starting quarterback for the second season in a row.

“You’ve just got to be ready,” said Richardson, who threw 11 touchdown passes to seven interceptions last season before a multitude of injuries forced him into clipboard-holding mode. “Starting fast. That’s what we’re looking to do.”

Montgomery may have to start slow.

The talented 6-5, 219-pound playmaker recently tumbled to fourth on the depth chart at “Z” receiver.

But the South Florida transfer and former four-star recruit ran with the ones and twos some of fall camp.

Montgomery will make his mark, eventually.

“We’re pretty pumped to get him out there,” Richardson said. “It should be a lot of fun. Hopefully we’ll get a bunch of opportunities to throw him the ball.”

Montgomery simply must carve out his niche among a large group of potentially leading men at receiver.

Jarvis West is healthy again, which revives excitement about the short passing game.

Dondre Daley rose to the top at “Z” and hyped freshman Allen Lazard’s make a push up the depth chart, as well.

“I roll guys through,” receivers coach Tommy Mangino said. “I don’t care if you’re a third team guy, you might take a one rep one day and a third rep the next day. It’s kind of, like I said, a collective group.”

So scratch the notion of finding a leading man.

It’s all about leading men — we’re talking the top four, or six, or eight.

And Montgomery clearly fits in there somewhere.

“I don’t have anything in particular in a game plan that isolates one player,” offensive coordinator Mark Mangino said. “I never do, I never have. We’ll take opportunities as they come.”

Saturday against the three-time defending FCS champion Bison, those opportunities must be exploited early and often.

“They’re more athletic than you’d think they’d be and they definitely rally to the ball as a defense,” said Richardson, who passed for 242 yards and two touchdowns in last season’s 28-20 season-opening loss to FCS power Northern Iowa, which also started his string of onerous injuries. “They don’t give up many big plays.”

That’s where Montgomery comes in.

Or preseason all-Big 12 tight end E.J. Bibbs and countless others.

“We want to be 1-0,” Richardson said. “That’s pretty much the only thing on our minds right now.”

Montgomery, a sophomore, said he and Richardson talked about sharing the sideline for the first time since high school “all the time” in the offseason.

Now that moment looms — and there may be rain, but the snow and uncertainty are long gone.

“I can’t even explain how excited I am to get back on the field with him and just be a Cyclone,” Montgomery said. “To actually be able to play this year.” 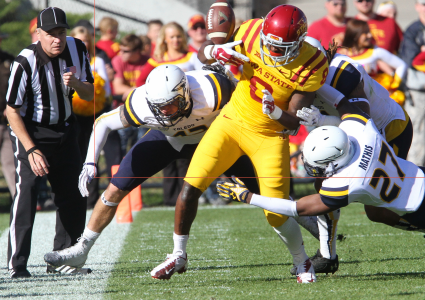