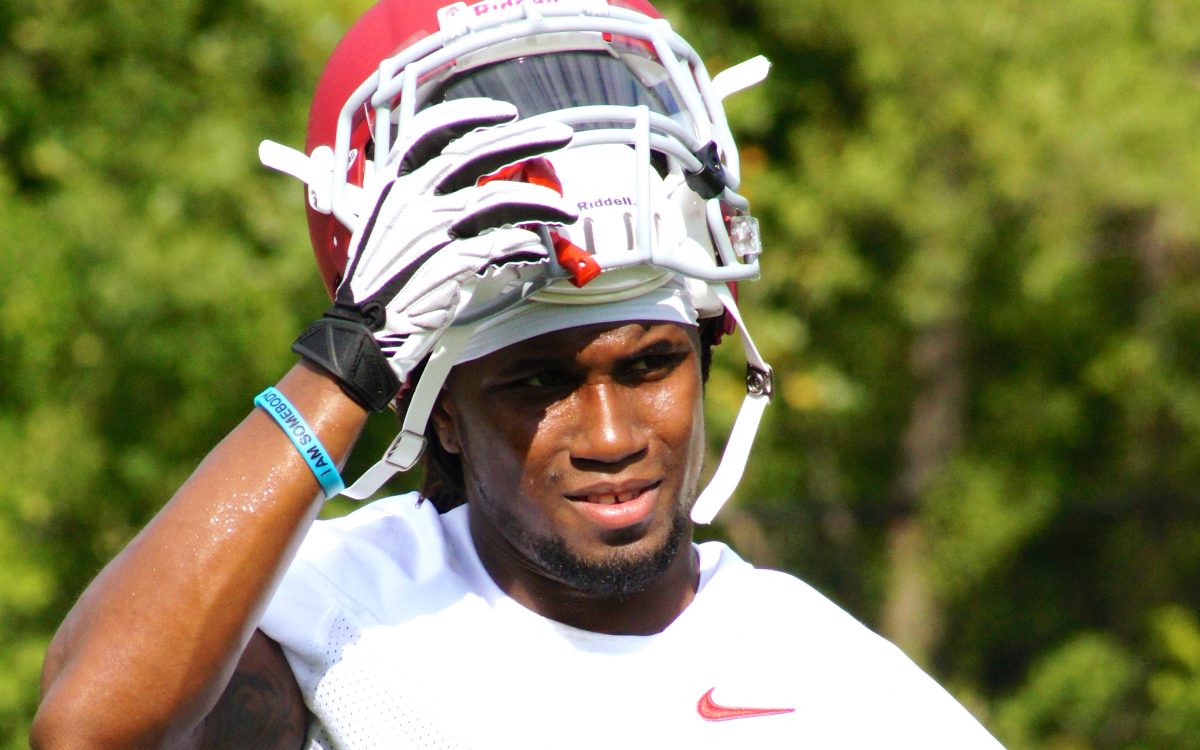 AMES — When Jarvis West slides in beneath the squat bar, teammates and coaches take notice.

Sure, the fifth-year ISU senior stands 5-feet 7-inches tall and weighs in at 171 pounds, but when he’s performing the brute-force exercise many in recreational gyms avoid, he’s a portrait of pure power.

That’s, to put it mildly, an impressive size-to-strength ratio, but what does it have to do with being a productive wide receiver?

“Pound-for-pound Jarvis is one of our most explosive players on the team — top five for sure, maybe top three,” Cyclone coach Paul Rhoads said. “Anytime you’ve got that like (former ISU great) Troy Davis — Troy Davis, if I recall right, knocked out two people blocking in his time here and broke one of our guys’ jaws, if I can remember right, with a legal block. And Jarvis, just because of his compactness and explosiveness has that ability to surprise — ‘Oh, I didn’t think he’d be able to stick on me and block me like that.’”

High praise for West also flows from obvious areas, too.

He’s highly weaponized in the return game, where he took a punt 95 yards for a touchdown in last season’s 42-35 loss to Texas Tech.

He’s sometimes a block — or slightly wider seam — away from a highlight reel-worthy play in the short passing game, even though last season’s injury-affected stats (15 catches, 105 yards, one TD) don’t show it.

“I don’t know the number but there’s plays out there,” Rhoads said. “A fresh Jarvis is very capable of accomplishing that, whether it be the return game or a reverse or whatever it is. He’s slippery and he’s hiccup-quick. We’ve go tot put him in more situations like that and finish blocks, like you’re saying ,and let him finish plays.”

West felt poised to take the next step over the final third of last season — before the “Year of the MCL” ensnared him.

West suffered the knee ligament injury early in a 58-27 loss to Oklahoma State and did not play in the last four games.

“It was extremely hard for me,” said West, whose punt return touchdown came two games before the injury struck. “Obviously we’re on to a new season and I have to overcome that the best I can.”

A self-proclaimed “lead by example” type, West’s found the time — and at least a few well-placed, educational words — to mentor younger players throughout spring and fall camp.

“Pretty much just show them the ropes of how to get over stuff,” said West, a key component of Mark Mangino’s passing game along with tight end E.J. Bibbs, and fellow receivers Quenton Bundrage, P.J. Harris and D’Vario Montgomery, among others. “We’re going to be faced with adversity no matter what, so you have to learn how to overcome stuff and put it in your past — get that stuff out of the way.”

“I’ve had guys that tell me Jarvis didn’t say a word his first four years here,” Mangino said. “He’s a kid — he’s talked and he’s been great in the meetings. And even Quenton, he’s done a great job. And guys you wouldn’t think have stepped up and been coaching each other. I’ve told them there’s only one of me and there’s a lot of you and I can only be on one side of the field at a time, so coach each other, help each other out.’ I think they’ve really grown, maturity-wise.”

None more than West, who plans to use his stout legs to help him and others craft dynamic plays.

And not just in fits and starts, as in the past several seasons, but on a consistent basis.

“It’s very exciting — not only for me but for everybody,” West said of the potential productivity he sees in Mangino’s offense, as well as the skill players carrying it out. “We have a lot more freedom in our routes, knowing that we can get into open space and not get in trouble for finding extra open windows and stuff.”

Rhoads emphatically said there’s no update regarding the status of defensive end Gabe Luna, who’s been bothered by a back injury. “That’s a ways off,” Rhoads said of a decision on whether Luna could redshirt if healing doesn’t speed up soon. “It’s one day at a time for him. … He could play the fifth game. If he plays, he plays and there’s no going back. But the rest of the team affects that decision and so forth.”

… Rhoads called Thursday morning’s practice probably the most draining of fall camp due to sultry conditions. He said the team had to practice indoors because of nearby lightning strikes. “But survived and we’ll rehydrate now and that’s our last practice of the day,” Rhoads added. “So pleased with our health and pleased with our energy.” 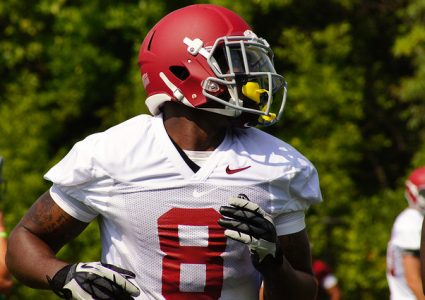 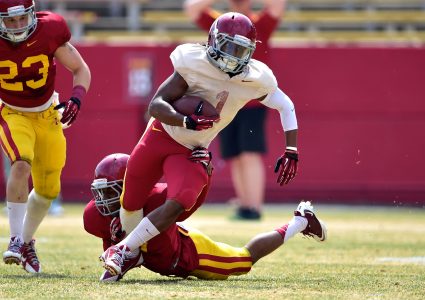