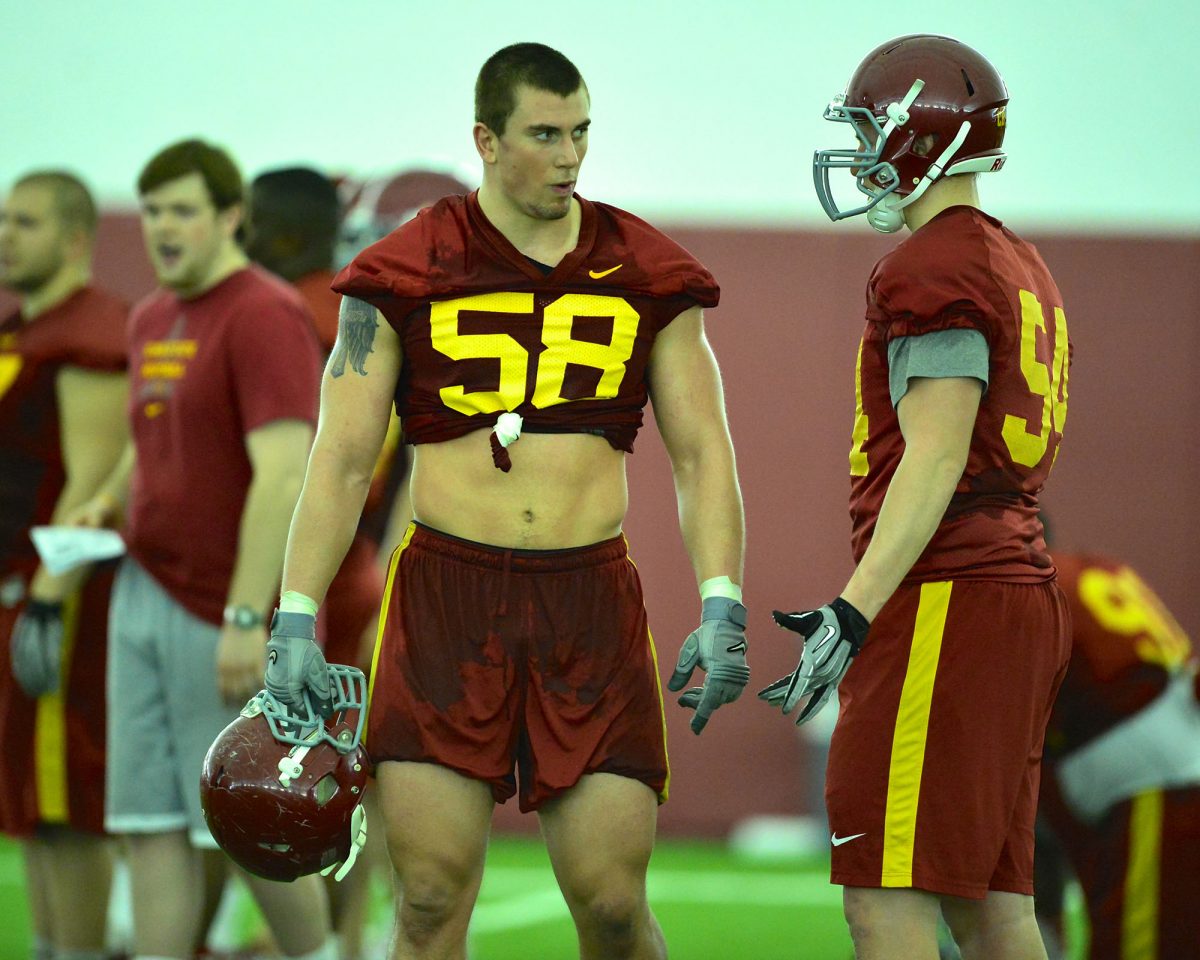 This should about do it for preseason college football magazines and a list of Cyclones landing on All-Big 12 rosters.

Phil Steele released his All-Big 12 team on Thursday and as expected, a handful of Cyclones were listed.

It was no surprise that senior tight end E.J. Bibbs was tabbed on the league’s first-team. Bibbs received the same honor earlier this week from Athlon and Lindy’s too.

While Tom Farniok and Aaron Wimberly have received second-team love by the other publications, Steele has these two Cyclones on his third and fourth teams respectively.

Quenton Bundrage is a third-team wide receiver, according to Steele. Also, senior wide receiver Jarvis West is listed as a fourth-team punt returner.

Phil Steele is the only publication that lists an All-Big 12 fourth-team. That’s where senior defensive end Cory Morrissey ended up.

You can view the complete list by CLICKING HERE.