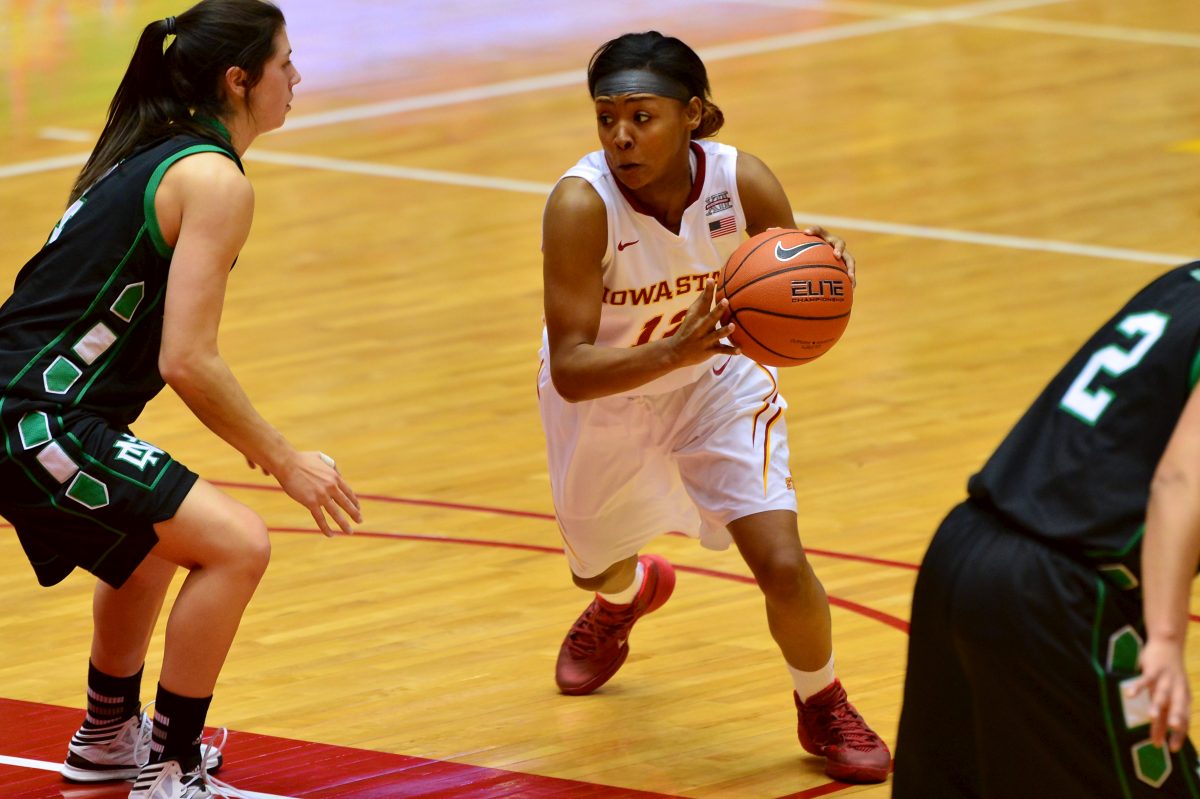 Cyclone Fanatic’s coverage of Iowa State women’s basketball is once again brought to you by our good friends at Wilson Toyota located at 2212 S. Duff Ave. in Ames.

AMES – Down 49-45 and its season swaying with each bounce, Iowa State took its NCAA Tournament fate, put it in a chokehold and didn’t let go.

Texas didn’t have a chance.

The Cyclones played perhaps their best basketball of the season when it mattered most, beating the Longhorns 81-64 on Saturday night. The victory pushed Iowa State closer to an eighth-straight trip to the dance.

“I think tonight was one of those special nights,” Iowa State coach Bill Fennelly said. “Our kids played great.”

Yep, and they needed too. A loss against Texas and the Cyclones’ NCAA Tournament chances would’ve been in serious jeopardy. Entering the Big 12 tilt, Iowa State’s RPI sat at 49 (according to realtimerpi.com) and was heading the wrong direction.

That’ll change after the way the Cyclones played down the stretch. Brynn Williamson drilled a 3-pointer from the top of the key to give Iowa State a 50-49 lead.

Iowa State extended the advantage to 59-51 minutes later when Nikki Moody found wide-open teammates for layups for consecutive buckets. Both Williamson and Seanna Johnson slipped behind the Texas defense.

The onslaught didn’t stop there.

Hallie Christofferson went inside for a tough two. Seconds later, Moody stole the inbounds pass and attacked the hoop for a traditional 3-point play and 64-51 lead.

The Cyclones’ offense left a wake in its path after halftime. Executing at a high level, Iowa State scored 53 points and made 28-of-30 attempts at the free throw line.

The victory is huge for Iowa State’s NCAA chances. The Cyclones now sit at 18-8 overall and 7-8 in the Big 12 with trips to Oklahoma State and Kansas left. Baylor will visit Hilton for the regular season finale on March 4.

In other words, Iowa State needed to win this game. It did behind an ultimate team effort. Six Cyclones scored in double figures, led by Christofferson’s 20 points.

Williamson added 15 points and Moody had 13. Johnson, Blaskowsky and Jadda Buckley all chipped in 11.

“It was a team win,” Moody said. “Six people that played in the game scored in double figures. That’s a great game for all of us. I think that’s a confidence booster.”

Efforts like Saturday remind fans of the team they saw earlier in the season, and the one they hope to see during March Madness.

Fennelly on his team responding Saturday with a big win

–       Iowa State forced 15 Texas turnovers while only turning the ball over six times.

–       The Cyclones made nine 3-pointers in the game, including six in the first half.

–       Fallon Ellis didn’t score for Iowa State, but she provided 10 minutes of solid defense according to Fennelly.