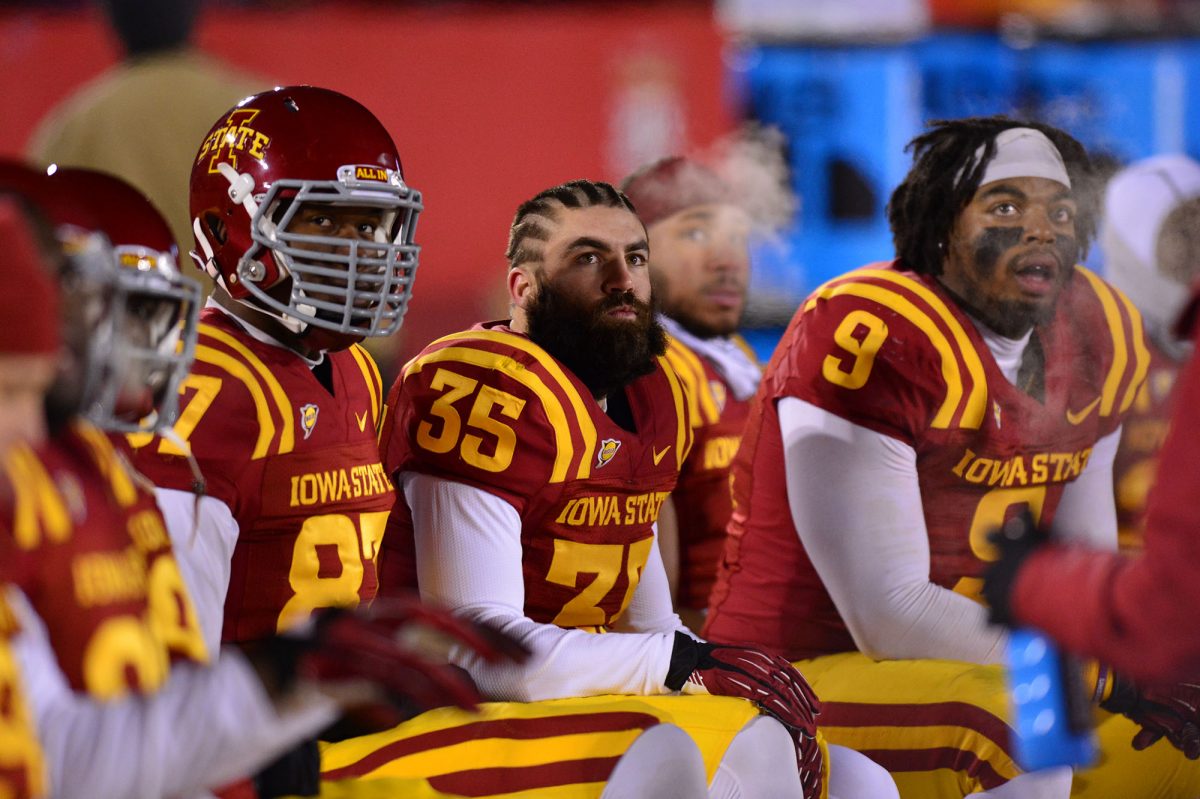 AMES — The 2013 Kansas Jayhawks aren’t exactly the 1985 Chicago Bears. Let’s get that straight right now. Sure, Charlie Weis’ group did snap its 27-game Big 12 losing streak last week against West Virginia. But it is important to note that in that game, the Mountaineers looked about as inspired as I generally am to step into Hobby Lobby with my wife (that is my nightmare).

But don’t take anything away from the Cyclones though.

In what will go on record as the coldest game in the 38-year history of Jack Trice Stadium, Iowa State not only beat the Jayhawks, the Cyclones dismantled a comatose Kansas team that wanted no part of Ames, Iowa on Nov. 23 in a 34-0 butt-whooping.

The bitter weather set the tone in this game. The air temperature was a balmy eight degrees at kickoff. To begin the second half, the thermometer showed a five-degree drop. The previous coldest game in Jack Trice Stadium history was against Colorado in 1991. The temperature at kickoff on that day was 17 (wimps).

Only men want to play football in the conditions that these teams faced on Saturday night and that’s why Iowa State deserves all of the credit in the world. When you’re 1-9, it is easy to give up in, or, not show up for a game like this.

Paul Rhoads’ Cyclones were famished in this one. They played with passion. For the 21 seniors who played their final home game at Iowa State, they wanted victory a heck of a lot more than the Jayhawks. Rhoads proved that he indeed has not lost his team after what has been a ruinous season. Charlie Weis on the other hand, did not.

Iowa State first struck via a 58-yard touchdown pass from Grant Rohach to Aaron Wimberly with 1:37 to play in the first quarter. The Cyclones tacked on a 22-yard Cole Netten field goal in the second quarter and took a 10-0 lead into halftime.

From there, the rout was on.

Iowa State’s fiery defense held the Jayhawks to nine measly yards in the third quarter. The Cyclones scored 17 points in that period alone.

What does a dominating victory over a bad football team actually mean?

Well for one, Iowa State just won its first home game (Baylor, 2012) in over a year. Tossing that negative streak out the window was critical.

The small but respectable group of fanatics in attendance finally had reason to leave “The Jack” with a smile on their freezing faces.

The Cyclones also shut out a Big 12 opponent for the first time since 2001’s 41 to zilch effort vs. Baylor.

The winless Big 12 season of 2013 is no longer a factor and maybe, just maybe, Rhoads has a quarterback (I cannot stress maybe enough)?

That was the most peculiar aspect of this win. Rohach, Iowa State’s redshirt freshman quarterback who has struggled (to put it nicely) during his rookie campaign, became the first Cyclone quarterback to throw for 300 yards since Steele Jantz did so vs. Baylor last year.

In a frosty November night game, who saw the California kid having a game like that coming?

Rohach’s final line was a career-high 300 yards on 15-of-20 passing with two touchdowns and a pick. Did I mention that the wind chill in Ames on Saturday night was minus-seven.

Iowa State’s offense racked up a season-high 502-yard and a suffocating performance by the defense resulted in the KU goose egg (and only 279 yards of offense).

Up next for Iowa State is a road trip West Virginia. The Cyclones, who have been put through the ringer all season long, finally have something to be confident about. That is the most important takeaway from Saturday night’s slobber knocker.

The Cyclones will roll into Morgantown next Saturday afternoon riding a rare high and feeling good about themselves for the first time since September.

West Virginia just convincingly lost to this Kansas team. And as noted above, Rhoads has proven that he still very much has his team’s attention. They are still playing hard for him, and each other. Meanwhile, Dana Holgerson is skirmishing for his job.

The thought of Iowa State winning its final two games of a disappointing season is very, very possible and boy, wouldn’t that change the tone heading into the spring? 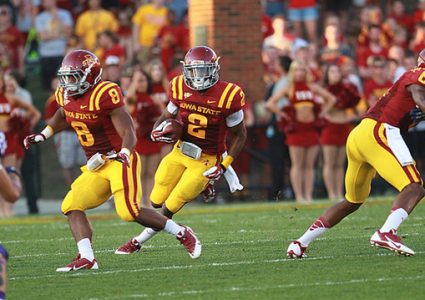