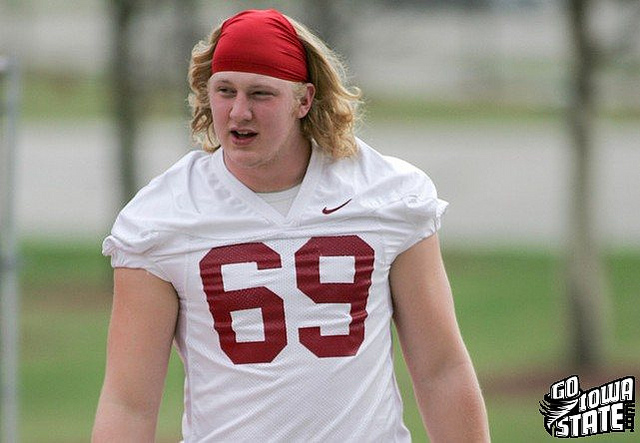 Iowa State has suffered yet another setback within its offensive line. Senior tackle Kyle Lichtenberg will miss Saturday’s game due to an unknown injury.

"That means we will be playing with our seventh different starting lineup at the offensive line," Iowa State head coach Paul Rhoads said during his Tuesday press conference.

Lichtenberg started last Saturday vs. Baylor in place of junior Jacob Gannon, who is out with a knee injury.

According to Iowa State’s latest depth chart, redshirt freshman Jacob Dunning will earn his first start as a Cyclone on Saturday. He’ll start opposite of sophomore Brock Dagel at the other tackle position. Count on Tom Farniok (center), Daniel Burton (guard) and Oni Omoile rounding out the rest of the offensive line.

Redshirt freshman Quan West is now a tight end. West, a 6-foot-4, 219-pound former wide receiver, tore his ACL during his redshirt year and has been behind the 8-ball ever since.

During his press conference, Rhoads referenced West’s growth and physical development as reason for the move.

Pierce Richardson’s career is over

Junior Pierce Richardson has been bothered by a nagging thigh injury for the past yaer. His career has come to an end.

"He has decided to finish his football career and finish up his academics then graduate this spring," Rhoads said. 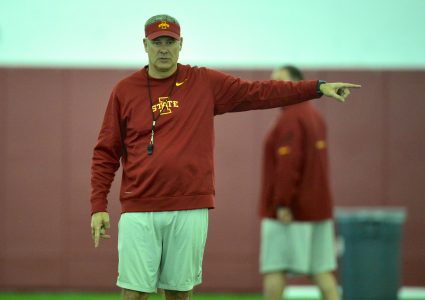