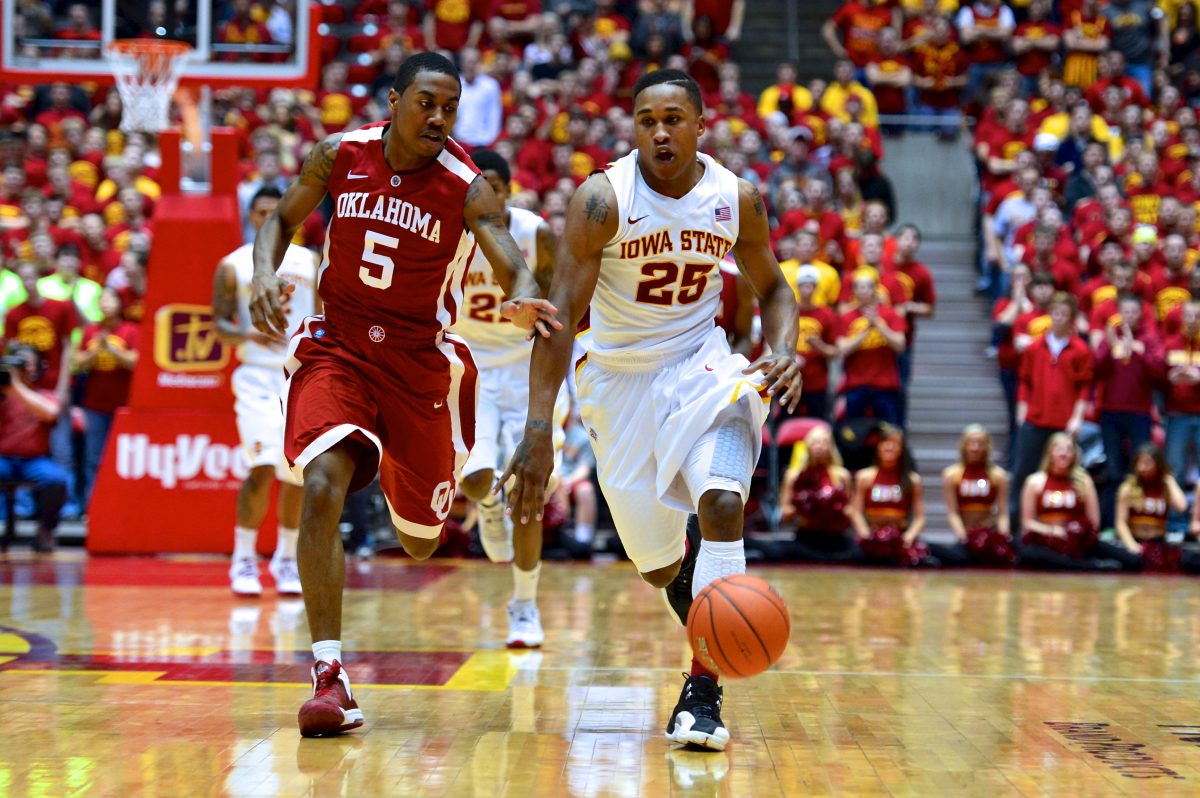 Iowa State’s 87-82 win at Baylor on Wednesday proved a lot of detractors wrong but it was just one small piece of what still could be a magical upcoming two weeks for this basketball team.

Before Wednesday night’s game, I made my weekly radio appearance on Balbinot & Brommelkamp over on KGYM Radio in Cedar Rapids. The guys asked me something along the lines of, “what does Iowa State have to do to hit its full stride going down the stretch.”

That’s a loaded question right there. A lot goes into answering it.

Of course team chemistry has to be high. Energy has to match it. Keep your turnovers low. Rebound. All of the standard stats come to mind. Defense is important, but not as much for this Iowa State squad as most around the country. Like I wrote a few weeks ago, Fred Hoiberg basketball reminds me a lot of the “Moneyball” theory in baseball. Just out-score the other team. That’s all that really matters in the end.

Back to this hitting full stride thing though…

I think we all can agree that last Saturday’s rout of TCU was as dominating as you’ll see from the Cyclones this season. Everything finally clicked at once. But when I sat down this morning and studied Iowa State’s box score from last night closely, I became even more impressed with the win.

Iowa State’s leading scorer, Will Clyburn, only attempted six shots. He only made one of them. Also remember that without Clyburn, the Cyclones wouldn’t have beaten Baylor at home on Feb. 2 (he went off for 28 and 10).

Iowa State’s hottest shooter as of late, Chris Babb, went 1-for-6 as well. So there you have Iowa State’s two best players over the last few weeks combining to go 2-of-12 from the field – on the road nonetheless. Had I showed you that stat before the game, what would your prediction have been?

It didn’t matter though because Cyclones were there to pick up the pieces. Melvin “The Monster” Ejim recorded ANOTHER double-double, ending the night with 20 and 12 (dude is in beast mode right now). Freshman Georges Niang spewed efficiency, going 7-for-9 from the field while recording 15 points. Korie Lucious hit four threes and dished out four assists in a 16 point effort.

And then there was Mr. McGee. Tyrus is his name. The folks in Waco sure as heck know him (the ones that actually attended the game that is). The dude couldn’t miss last night. Bad shot after bad shot, McGee was in all out heat check mode, going 8-for-11 and leading the way with 22 points. The shots he hit were like the ones that Pierre Jackson has made in Hilton the last two seasons – just awful looks but somehow, some way, they went in.

Is Iowa State playing its best basketball of the season though? That is the question. I’d have to say yes and it couldn’t have come at a better time.

It was as big of a win as Iowa State has compiled so far this year. It was a win that sets this team up for a major opportunity from now until the end of the regular season.

Up next for the Cyclones is a Saturday home date with Texas Tech. As was the case with TCU last weekend, name your score fanatic. Revenge will be on the mind (it better be). I don’t anticipate any sort of a letdown here. Hilton will be jacked. The Clones will win, cover and everything else in between. The fact that Tech beat Iowa State earlier in the season will actually help the Cyclones in prepping for this one. It has to.

Kansas will likely be favored int he game and maybe I’m a bit of a homer, but still. I wouldn’t bet against Iowa State in Hilton right now – not against anybody in the country. Not with this team and the way it is playing. That would be a poor move.

A road trip to Oklahoma is next on the schedule. It’s a road game against a good team. Tough? Yes. Unwinnable? No way. Iowa State is a match-up nightmare for the Sooners, as the 19-point drubbing on Feb. 4 proved.

Another opportunity to pick up a win over a top 25 team will come Iowa State’s way on March 6, a home date with Oklahoma State. After watching these two teams play in Stillwater, do you really feel like Iowa State can’t win that one? It’s in Hilton bro. (See Kansas commentary above).

The Cyclones will close the season out with a road trip to West Virginia on March 9.

All week long, all we’ve talked about is the bubble. Bubble team this. Bubble team that. Big bubbles. Small bubbles. Bursted bubbles. (Ever seen the "Bubble Boy" episode of Seinfeld? It is classic.)

The names Palm and Lunardi have been tossed around on this website more than Hoiberg and Rhoads.

Ask yourself the following question though: Just what if Iowa State is finally playing its best basketball? Or better yet, what if we still haven’t seen the best from this basketball team? Its big downfall this season has been closing games out on the road. Iowa State has caught more bad breaks away from home this season than probably any other team in the country. But Hoiberg has done some teaching and last night, every time that Baylor made a run, the Cyclones responded.

But what if this team has finally clicked?  Uh oh.

When you look at the remaining schedule and combine it with the way that this group is playing, 12 Big 12 wins isn’t crazy-talk. In fact, it is very realistic chatter.

The Cyclones have been and probably still are a "bubble team", but the thought of Iowa State making some serious noise down the stretch (and in Kansas City) and jumping up to that six or seven seed line is a major possibility.

Sure, Iowa State let some tough games slip away from it earlier this season. But the Cyclones have a real opportunity to erase all of that over the next two weeks. This can very well still be a special season. I know one thing – if I was a head coach at anywhere else in America, I would not want to see this Iowa State team on my bracket. When the Cyclones are good, they are really, really good. And it is an experienced basketball team to boot.

March is just around the corner. Crazy things happen in March.

Get ready for what could be a very wild ride. 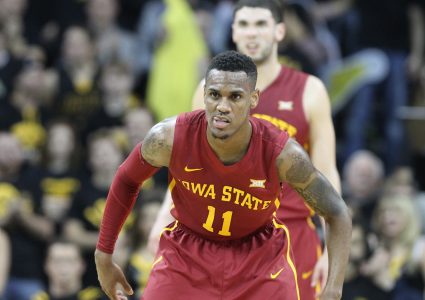