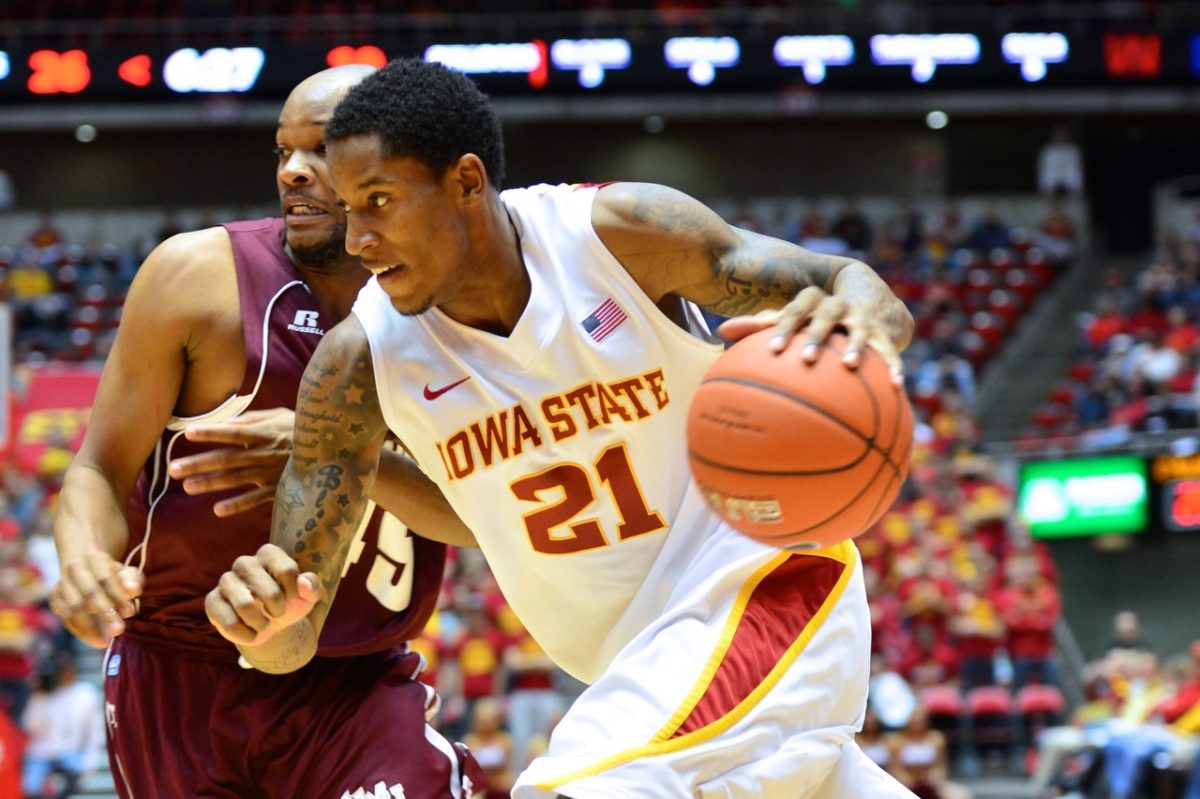 I don’t want to overstate the significance of Saturday’s duel between Iowa State and BYU in Hilton Coliseum. This is far from being a “must-win” or anything like that for the Cyclones, losers of two straight.

If you don’t believe me, just think back to last year after Iowa State lost to Drake and in the minds of many, Fred Hoiberg couldn’t coach, Royce White was a bust and the Cyclones were doomed for another March full of sitting at home while watching the Big Dance on HD.

While this is without a doubt the biggest non-conference game that you’ll see in Hilton Coliseum this winter, what happens at 1 p.m. on Saturday will not make or break the fate of the Cyclones come March. It shouldn’t at least.  Win or lose, Iowa State will have plenty of opportunities to rack up "quality wins" throughout the course of the always tough Big 12 season.

But don’t kid yourself either. After dropping two last weekend Cincinnati and UNLV, Iowa State is now in need of an impressive non-conference win on its NCAA Tournament resume in a bad way. The Cyclones are running out of ways to gloss up that resume in the months of November and December.

An opportunity is currently knocking on this program’s door and the 5-2 BYU Cougars are on the other side.

Breaking down the Cougars

It’s an interesting basketball team that BYU head coach Dave Rose has in 2012-13. The Cougars, who are being picked to finish around third in the West Coast Conference (behind two solid programs in Gonzaga and Saint Mary’s), are currently 5-2 on the season but have yet to play any opponent in a single-digit basketball game.

BYU’s wins have all been by double digits, as have their losses.

When you look at BYU’s resume so far, it’s actually very comparable to Iowa State’s. The Cougars really haven’t beaten anybody with a pulse and their two losses have come to tournament teams, Florida State and Notre Dame.

“They are actually a lot like UNLV. They run a lot of the same stuff," said Iowa State head coach Fred Hoiberg. "Dave has done a phenomenal job. They shoot a great percentage from the 3-point line. It is a team that is going to come in here and not beat themselves. We are going to have to come out with great energy and effort but we expect to win every game that we play in Hilton Coliseum.”

BYU is led by a guy who realistically might be one of the two or three best players that Iowa State will play all season long. He’s a 22-year old sophomore named Tyler Haws who at this point, is averaging 22.6 points per game while knocking down 50 percent of his shots. Haws, a 6-foot-5 guard, is also a 92 percent free throw shooter. Haws spent the last two years on a mission trip in the Philippines. He averaged 11.3 point sand 4.2 rebounds as a freshman in the 2009-10 season. He was a runner up for the Mountain West’s Freshman of the Year award at that time. Haws does have an Iowa State connection. Remember the name Justin Hamilton? Hamilton, who played at Iowa State for two seasons under Greg McDermott (2008-09, 2009-10), was Haws’ high school teammate at Lone Peak H.S. in Alpine, Utah.

His partner in crime is big man Brandon Davies, a 6-foot-9, 235-pound bruiser, is currently averaging 18.6 points and 7.7 rebounds per game. I’ll touch more on this duo and what’s around them the "prediction" portion of this preview.

*** Iowa State forward Will Clyburn played at Utah during the 2010-11 season and played against the Cougars twice. Clyburn averaged 20.5 points in those games vs. the Cougars.

*** Iowa State has out-rebounded its first six opponents this year by a +14.0 margin. That number ranks Iowa State second in the Big 12 and fifth nationally.

*** Iowa State will put an 11-game home winning streak on the line Saturday.

It’s an intriguing match-up, no doubt. The fact is that both Haws and Davies each might be better than any single player on Iowa State’s roster. But after that, there’s a major drop off. BYU has two legitimate NBA prospects surrounded by a mixture of mid-major talent.

I fully anticipate Chris Babb to be locked on Haws all day long. As for Davies, my guess is that Anthony Booker gets the assignment. Having said that, seeing some trap defense from the Cyclones seems to be an option in defending him as well.

I see this being a high scoring, close game from the opening tip until the final buzzer. As for the pick, Iowa State’s depth will win out and be too much for the Cougars. 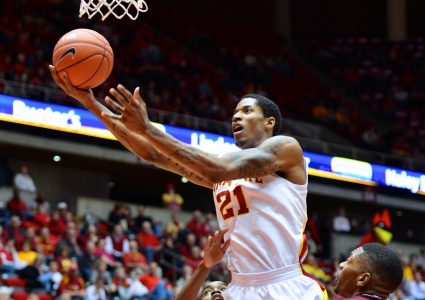