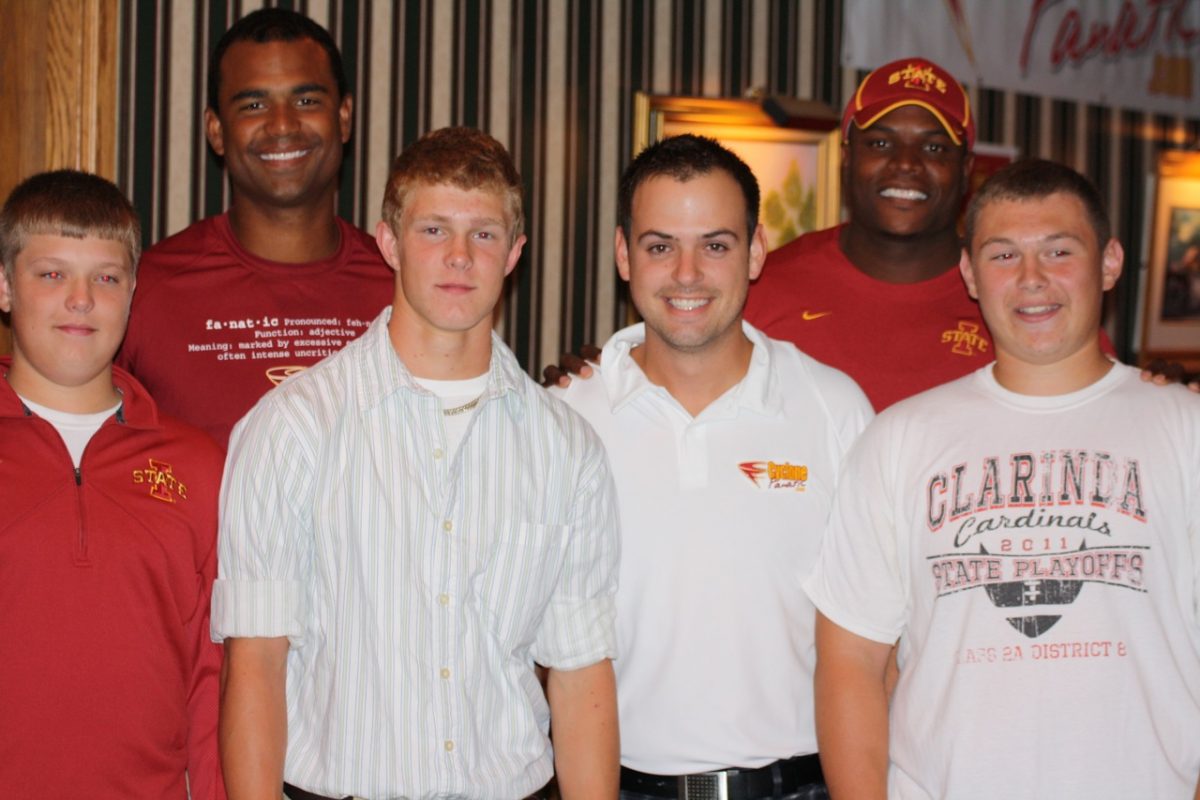 As we creep closer to the 2012 Iowa State football season, we’re also nearing the beginning of a new era here at Cyclone Fanatic. CF 3.0 to be exact.

Before I begin to get everything off of my chest from the last week (that’s what Monday Musings are you know…), I wanted to give you all an update on where we are with “Unrivaled” Cyclone Fanatic. We’re close. Very, very close. So close that I’m requesting you all keep checking on our forums, Facebook page and Twitter over the next 24 hours for updates on when the switch is going to go down.

With the way our forums work, we’ll have to shut them down for a period of time. We’ll work all through the night to keep you all from missing out on the site as much as humanly possible but with changes like this, things happen so we won’t make any time guarantees. But I want to thank you all for your patience in what has been a long road but I’m sure it will all be worth it when the new site is finally launched.

Now – onto this week’s musings.

— Here’s a shout out to the hundred or so folks who turned out at our Cyclone Fanatic preseason party last night at J’s Pizza and Steakhouse in my hometown of Clarinda. I’m pretty sure that my friends Tron Smith and Austen Arnaud showed up expecting 10 people or so but southwest Iowa proved them wrong!

For real – the event was a huge success and one that we plan on doing again next year. Thanks to my dad for being the brains behind the operation and throwing this thing together. Also, happy birthday dad!

If you’re interested in hosting a Cyclone Fanatic party at some time in the future, shoot me an email (chris.m.will@gmail.com). We always have a good time and this is a way that I see our company growing in the very near future.

— Here’s another shout out to someone who is maybe the biggest Cyclone fan I’ve ever met. Her name is Mary Etta. She resides in my hometown of Clarinda and was unable to join us last night due to some health concerns. However, Austen, Tron and I decided to bring the party to her instead!

— Speaking of preseason party’s, we’ll have our central Iowa bash this Saturday night at Kippy’s Place (home of the Cyclone Fanatic Call-In Show – Thursday’s from 7-8 on 1460 KXNO) starting at 6 p.m. with great food, live music and all of the cold beverages that you can handle.

— Big news last night…Ankeny High School quarterback Joel Lanning finally committed to Iowa State. A lot of people have Lanning tabbed as an “athlete” right now but I’m hearing that he will get a chance at quarterback when he arrives in Ames. Will he stick at the position? Who knows? Paul Rhoads has been consistent on his stance on positions since day one though. Give the kid an opportunity to play where he wants. Go from there. Lanning, who led Ankeny to an 11-2 record as a junior, will get a shot as a signal caller.

Want to hear something crazy? Lanning will begin his senior season THIS FRIDAY (a little early huh) when the Hawks host Marshalltown in what has to be called week negative 2 by the Iowa High School Athletic Association.

— In other news, Paul Rhoads did NOT name a starting quarterback after Saturday’s scrimmage. I think I’ll wet my pants (sarcasm alert – sarcasm alert).

I won’t be shocked if we don’t know after next Saturday either. If you’re keeping track at home, scrimmage No. 2 will take place this Wednesday. The final scrimmage of fall camp is on Saturday afternoon. I’m interested what wide receivers coach Todd Sturdy has to say after tonight’s practice.

— During a question and answer session last night, Arnaud and I got to talking about Iowa State and the strong safety position. I don’t know about you all but we just stumbled upon how loaded this group is looking a few years down the row. You’ve got Jared Brackens, who the staff thought highly enough to play as a true freshman in 2011. There’s T.J. Mutcherson, a young guy who gets talked up about as much as any other freshman on the roster. And then there’s the freshman with the last name of Knott…Luke is his first name. It’s early but this is a good group.

— One thing I’ve heard a lot of coming out of camp…Iowa State’s secondary will be fine in 2012. Jansen Watson is a dude.

— Mark your calendars now Fanatics for Wednesday, Sept. 5. That’s the date of our first-ever Iowa State Basketball Tip-Off Party at the Keg Stand in West Des Moines. Details are on the way.

— Iowa State and Indian Hills C.C. wing Dustin Hogue remind me of an old Seinfeld episode. The two parties appears to be awfully “hot and heavy” as of late. In attempting to get inside the recruiting mind of Fred Hoiberg for a moment, Hogue looks like a guy who could soften the blow of losing Will Clyburn for the 2013-14 season. No, Hogue isn’t Will Clyburn. I mean, Clyburn is a potential NBA prospect. But at 6-foot-6, Hogue has a similar skill set and would be in the conversation to start at Iowa State the day he steps on campus.

— I won’t be shocked if Matt Thomas is a McDonald’s All-American. By no means is this a slam dunk but this future Cyclone will be in the mix to make a roster. But I thought all Fred Hoiberg did was bring in troubled transfers right?

* The Campbell Camels are coming to town heh? Isn’t that the team that won at Carver Hawkeye Arena last year? The ONLY reason I remember that is I believe that game took place the night before Thanksgiving, or sometime around there. I watched the game with one of my best friends, a big-time Hawk, who FREAKED out. Good times.

* A holiday tournament with Cincy, UNLV and Oregon seems to be the perfect fit for Fred Hoiberg’s program. All three are well-respected programs and at the same time, very winnable games for Iowa State. It’s a bummer that this event takes place the same weekend as Iowa State vs. West Virginia football though. I’m 28 and never been to Vegas (what a life I live…). This would have been the perfect opportunity.

* BYU in Ames should be fun. That’ll be a nice Saturday gate in December.

* I still hate the concept behind the “Big 4 Classic.” Good luck in attempting to change my mind.

That’s it that’s all. Remember to stay tuned on the launch of the new site. We’re really, really close. Thanks for reading and have a fantastic Monday evening Cyclone Nation.