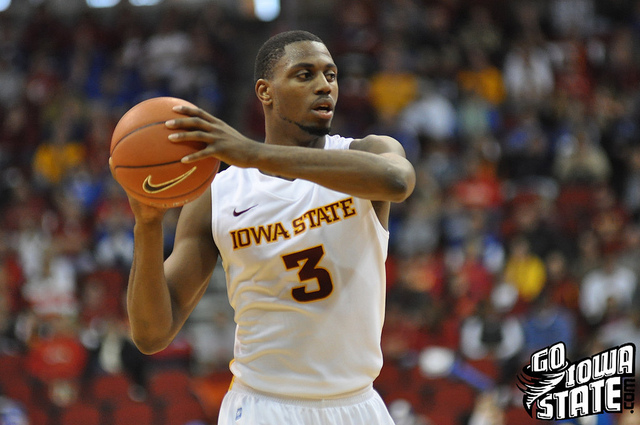 We’re counting down to hoops season here at CycloneFanatic.com. Keep checking out the site for more basketball previews from now until the exhibition season tips off on Nov.6 against Grand Valley State.

When it comes to the upcoming Iowa State men’s basketball season, all anybody seems to want to talk about is Fred Hoiberg’s incoming group of four transfers.

While all of that chatter is going on, a guy like sophomore Melvin Ejim is being overlooked. Ejim, a 6-foot-6, 220-pound sophomore, started 30 games as a freshman for Iowa State last season, where he averaged 10.3 points and 6.7 rebounds per game.

During the first few weeks of practice, Hoiberg has asked for more out of Ejim.

In order to do that, an improved jump shot is a must for Ejim, who shot only 23 percent from 3-point range last season. With shooters like Scott Christopherson, Chris Allen and Chris Babb on Iowa State’s roster, knocking down the three isn’t necessarily the focus of Ejim’s game heading into the season, but the threat of being able to do so wouldn’t hurt either.

This is where Hoiberg comes in.

Before the 2010-11 campaign, we heard stories of Hoiberg’s tweaking of Diante Garrett’s jump shot. Because of that, we saw Garrett’s numbers skyrocket between his junior and senior seasons. Garrett made 39 3-pointers in his first three seasons in Ames. As a senior, he knocked down 59.

Hoiberg has made similar adjustments to Ejim’s jumper.

“He’s told me a lot of things about keeping my head straight and my body straight," said Ejim. “I used to lean a lot on my shot, lean back. He told me to keep my balance and my head forward. My body position is the biggest idea. I have a good stroke. It’s usually the swaying of my body that throws off my shot. I’m just focusing on that and being conscious of that to help my shot get better.”

In addition to Hoiberg’s advice, Ejim has spent extra time shooting with guys like Christopherson and Babb.

"I’ve been doing the things that they do and trying to incorporate that into my game to become a better shooter," said Ejim.

“It definitely feels like I am forcing myself to do something but once you start seeing it go in more, I know that it is for the best and you start developing good habits," said Ejim. “I’m making more shots. I’m more consistent. It’s very noticeable.” 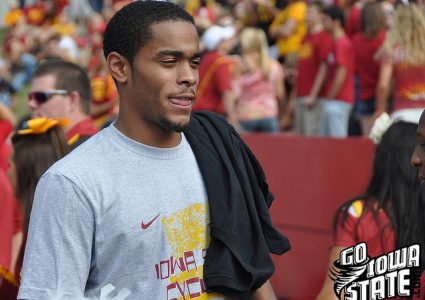