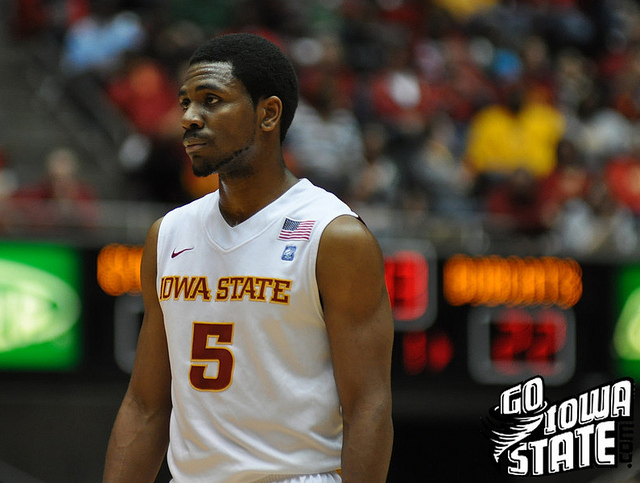 He could slung some mud, but that’s not "Uncle Jake."

“It was fun. Those guys weren’t just my teammates. A lot of those guys were my friends. I talk to them on a daily basis, even today. When that ball went up, they knew it was business,” Anderson said. “I thought that it was going to be much better with Scott (Christopherson) in the lineup. We came out with a victory so I can’t complain about that at all.”

After last night’s contest, it was obvious that Anderson did not want to discuss his relationship with the Northern Illinois program. When asked about the situation, Anderson ducked, dodged and avoided questions like Jim Harbaugh after the Orange Bowl.

Anderson stayed consistent. Leading up to the game, he kept it clean. Anderson never gave NIU head coach Ricardo Patton any bulletin board material. Anderson constantly took the high road and in the end, got the final laugh.

“He is just going to say that it is another game but it was a big one for Jake,” said Iowa State head coach Fred Hoiberg. “He really wanted to go out there and play well.”

Anderson also volunteered to take care of some dirty work while preparing for the Huskies.

“He said ‘I’ve got Silas. I’m taking him,’” said Hoiberg. “He wanted to go out there and perform. For the way that it ended for him, it was great for him to go out and get this win over his former team.”

Silas scored 18 points in the game, which was six points below his season average.

In three seasons at Northern Illinois, Anderson compiled 1,152 career points and was named MAC Freshman of the Year in 2008.

Iowa State ended the non-conference portion of its schedule 13-2. The Cyclones will travel to Lincoln to tip off the Big 12 season against Nebraska on Saturday night.