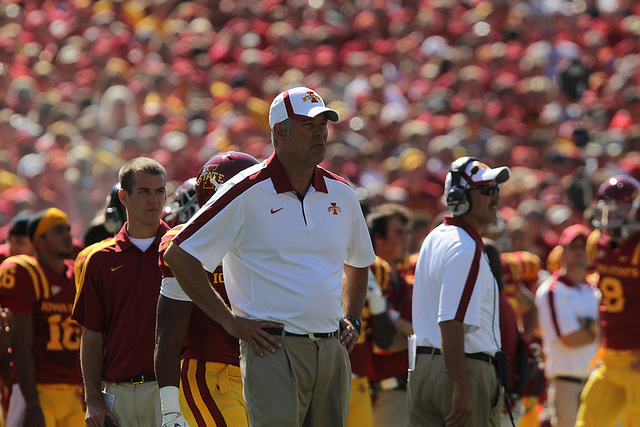 I went to school last night. Kind of.

The zone-read. She’s a bear to stop, especially with a quarterback as deadly as Taylor Martinez running the show.

At this point in the week, members of the Iowa State coaching staff are more than likely sick of me asking them about this. Wally Burnham broke the zone-read down for a group of reporters yesterday after practice.

As did head coach Paul Rhoads. Here is how this interview started. This is Rhoads’ initial response to my first question about the scheme.

“I would say that their scheme is set up differently than a lot of people and how they attack you. Who they are reading, where they are reading it and how they open it up with movement. That is one of the newest phases of the zone-read. It is to shuffle and slide with it and move the whole. They read more inside stuff as well as outside stuff. It is a combination of that. Then, his athleticism and speed is really good.”

I believe it was at this point where Rhoads thought that he lost us. It was sort of a deer in the headlights type of moment. From here, the ball coach not only elaborated on his first answer, but somewhat acted out the actions of Nebraska’s offensive line in this attack.

Nebraska’s offense fascinates me. As Burnham put it, Taylor Martinez is the perfect quarterback for what they are trying to do. That’s why it is such a big deal if he is slowed or potentially unable to go on Saturday. The latest word out of Lincoln is that he’ll play. Only time will tell.

–       Paul Rhoads on Ben Lamaak’s status as of Tuesday evening: “Good. Really good. He did some position stuff today. They are going to tape him and brace him up tomorrow to see what he can do with the team."

–       We’re all talking so much about Iowa State stopping Nebraska’s rushing attack. While that will obviously be a key to Saturday’s game, I don’t think that anyone is paying enough attention to the other side of the football. Which Iowa State offense will show up on Saturday? The one that we saw against Texas or the one that went scoreless in the first half against Kansas?

–       Have you seen this video of Kansas City Star Missouri beat writer Mike DeArmond calling out Husker fans yet? If you haven’t, this YouTube video is well worth two minutes of your time. If you’ve already viewed it, you should watch it again. 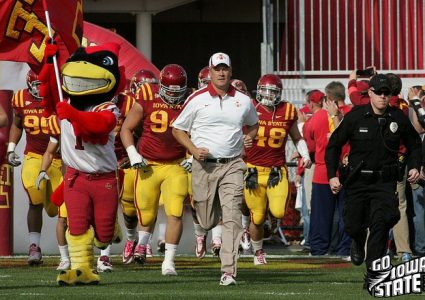