How are we doing today Fanatics? Have your minds blown up due to fretting over conference realignment scenarios? Are you worried that your beloved Cyclones will end up in the wonderful Sun Belt Conference?

All jokes Fanatics. All jokes.

No joke here though. As expected, this week’s mailbag was filled with conference realignment questions. So here’s what I am going to do. Today, I’ll do the traditional CF Mailbag.

Tomorrow, I’ll attempt to answer your realignment questions and give all sorts of opinion on all of the recent happenings? Sound good? Great. Let’s start with a men’s basketball question from Galactawitz.

Galactawitz writes: If you could pick a cyclone basketball player to be all Big 12 next year (recruits included) who would it be and why?

CW: That’s a tough one my friend. I could go a couple of different ways with this. I’ll begin by stating the obvious. Next year’s Cyclone team will not have an All-Big 12 player. It’s just not in the cards. But that wasn’t the question. Two guys come to my mind right now. The one I’d put my money on is Diante Garrett. He’ll be playing Big 12 basketball for his fourth consecutive season. I really think that Garrett will be an improved shooter after working with Fred Hoiberg for an entire off-season. Still, he’s never shown us anything to believe he’ll just all of the sudden be All-Big 12 as a senior.

I also think that LaRon Dendy and DeMarcus Phillips could be considered the longest of long shots. Dendy is extremely talented. From what I hear, he’s been putting in a ton of time towards improvement over the last few months. As far as Phillips goes, we really don’t know what we are getting. He’s never played against Big 12 competition. He could be Mike Taylor or he could be Cory McIntosh. Take your pick. Hopefully, he scores like Taylor did but subtract all of the turnovers.

4429 mcc writes: Chris, what do you think would happen to the message board if everyone was truly anonymous…no avatars, no names, just opinions. WWIII or civil discussion?

CW: This might surprise some of you. I believe that boards would be more civil. I say this because the way things are today, posters kind of have two lives. They have their regular life and their online persona. The online persona can be anything you want it to be. It is like your own virtual brand. There’s essentially no accountability for whatever you say. Fanatics don’t post with their real names. It’s rare to see a real picture next to a username. You can claim to be whoever you want. It’s great. To me, that’s the appeal of a message board. While you’re chatting about real life events, it is an online community where you can create your own person. Pretty cool. If you start to take away avatars and signatures, all of the sudden, that persona isn’t as bold and in return, I say a lot of the Internet tough guys would disappear. Personally, I like things the way they are now.

Ms3r4ISU writes: If you invited Tiger Woods to the first official CycloneFanatic.com golf tournament at Veenker, would anyone show up?

CW: I think that the opposite would happen. We’d have to turn people away. This is a great idea though. Think of the exposure!

Erikbj writes: Do you think Tiger’s neck injury came from Elin giving him the right cross after seeing the Vanity Fair spread this last week?

In all seriousness, when is the first annual Cyclone Fanatic Golf Open? I say Thursday morning before the first football game!

CW: Every time I look at Elin, I can’t help but think about how ridiculously stupid Tiger is. That woman is the epitome of gorgeous. What a moron.

We’re still working on our inaugural CycloneFanatic.com golf outing. This one is out of my hands. I am kind of just waiting to get details on when/where/if it will happen. I’ll keep you all up to date.

Clones21 writes: Who are you most exited about in this up and coming men’s basketball recruiting group?

CW: I am really pumped up to see how DeMarcus Phillips competes against Big 12 competition. From what I’ve seen up to now, he looks legit. But we all know how it goes with JUCO kids. Who knows? To be honest, this entire class excites me. I like what I’ve heard about Eric McKnight. Melvin Ejim is one of the brightest recruits I have ever interviewed since I started doing this back in 2004. Calvin Godfrey has had a heck of a last couple of weeks on the AAU circuit. I’ve been told that Jordan Railey is comparable to a young Justin Hamilton. You decide if that’s a good thing. It’s a nice mix. I think that 2011 could be a very special class when it is all said and done. Stay tuned.

Bobber writes: Have you met 1-on01 with Fred Hoiberg yet? Any ideas on who assistant coaches will be?

CW: No, I haven’t gotten to meet with Coach Hoiberg yet. He’s been awfully busy as of late, as have I for multiple reasons. I plan on doing this when I get back from my honeymoon. I figure I’d let things calm down for him before doing any sort of an interview. I’m actually planning on sitting down with all of Iowa State’s major coaches here over the next few months to give you Fanatics some solid content to chew on during the dog days. As for his assistants, I don’t plan on knowing anything for at least a couple of weeks.

MoreCowbell writes: How surprised would you be if a busload of CFers just "happened" to "break down" at the Page County Fairgrounds this Saturday night?

Just kidding! Best wishes on this weekend and enjoy your honeymoon. Hopefully CF won’t have imploded in your absence.

CW: I would welcome this. We’ve got six kegs of Busch Light to take down in a matter of hours. Bring it! Thanks for the kind words.

CW: Sure. You’re a big boy. I don’t really care what you Fanatics do on your own time. Just don’t get this website sued.

12alphmacchio writes: Are you and you fiance / wife getting each other gifts? If so how much thought did you put into yours?

CW: Isn’t the wedding ring enough? Let’s be honest. Guys kind of get the raw end of that deal. Is this a normal thing? I didn’t know I was supposed to get her ANOTHER gift. Okay, now you have me worried…

Kentkel writes: Too what extent do you think today’s country music is being influenced by "pop" music? Also, concerning a couple of the "greats," which artist do you prefer – Randy Travis or Merle Haggard?

CW: To answer your first question, it all depends on the artist. For Eric Church and George Strait, not at all. For the Keith Urban’s and Brad Paisley’s of the world, a lot. I remember when Keith Urban used to be cool. He was actually a real country singer. Now he’s a country version of George Michael. Have I ever told you guys how much I hate Rascal Flatts? They’re like a “country” version of N’Sync. There’s a major difference between the two though. N’Sync actually had some talent. My three favorite country singers are Strait, Church and Blake Shelton. That should tell you the type of country I prefer…The REAL country music.

Randy Travis or Merle Haggard? Haggard in a heartbeat.

Skelly writes: Is there real interest on ISU’s end for Grant Gibbs?

CW: I honestly do not know. I know that Grant is interested in Iowa State but I haven’t talked to him myself. I think that Iowa State should at the very least take a look at him.

Cyfanatic13 writes: Why don’t you join a mafia game?

CW: I’ve been hit up about this a lot lately. Unfortuantly, I don’t know how to play. I’ll give it a shot sometime this summer though when things calm down a little bit.

GeronimusClone writes: Which is the better Hulk Hogan movie: No Holds Barred, Suburban Commando or Mr. Nanny? What movie would have benefitted more from having Hulk Hogan in the leading role?

My answers are No Holds Barred and Ghost (Patrick Swayze’s role not Demi Moore’s, although that would be interesting).

CW: I don’t know if this counts but I have to go with Rocky III. The thing is, he didn’t have a lead role in that though. Of the ones that you listed, No Holds Barred was pretty sick. I’ll agree with you there. I think that Hogan would have been great in Gladiator. Just imagine Hulkamania owning the arena. Sounds like a quality flick to me.

Are you not entertained?

SuperCy writes: Can you start a site called "Realignmentfanatic.com" so that we can get all of these threads off of the front page?

CW: I hate to break it to you but this might be the single biggest story in the history of college sports. Get used to it brother. If you don’t like the topic, it is going to be a very long summer.

CyCloned writes: Do you think Fred will add a JC guard to the 2010 class.

CW: No I do not. I think that the only players he might or could add would be transfers.

Cyrevkah writes: I hope the weather clears up too since you’ll be gone for a bit, you’d you put in charge of the ‘madhouse’? Or at least the mailbag?

CW: I’m going to make a post about this on the main board sometime on Friday but I’ll give you the scoop now. The mods will run the show while I am gone. You’ll all be getting a guest mailbag from my main man Brent Blum next week so that should be cool. You’ll also read some guest blogs from Kirk Haaland and Yaman3. Enjoy.

Isucy1234 writes: What’s the last movie you saw in theatres?

Kurimski writes: What are the odds that Deadliest Warrior on Spike TV does a Walker Texas Ranger vs. B.A. Barracus? Also, who wins?

CW: I have to apologize. I have no clue what you are talking about. 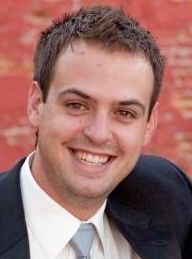