By Chris Williams, CycloneFanatic.com Publisher It’s been an eventful weekend in Ames. Two 2010 basketball prospects were in town on official visits in Bo Barnes and Andre Clark.

Clark, a 6-foot-9, 225-pound power forward out of John A. Logan Community College, currently holds onto a scholarship offer from Iowa State. In a Sunday afternoon interview with CycloneFanatic.com, Clark said that he did not commit to Iowa State over the weekend.

That news was to be expected as Clark plans to visit TCU next weekend.

How did the visit go? Clark was pleasantly surprised.

Former Iowa State assistant coach Daniyal Robinson had been Clark’s main recruiter over the past few months. On Friday, CycloneFanatic.com learned that Robinson would be heading to Houston to join James Dickey’s staff.

“I like the coaching staff and the team,” Clark said. “The campus was nice and all of that good stuff. The biggest thing is that I could come in and be an immediate impact player.”

As for when a decision could come, that fact is still unknown.

“I’m not sure right now,” Clark said. “I don’t want to rush it. I’m just going to wait until the right time.”

Clark will visit TCU next weekend. His other three visit possibilities are still up in the air at this time.

In one other men’s basketball recruiting note, according to THIS REPORT, Iowa State target Matt Pressey has committed to Missouri. CycloneFanatic.com didn’t have any luck in trying to reach Pressey as of Sunday afternoon.

Andre Clark down to ISU and TCU 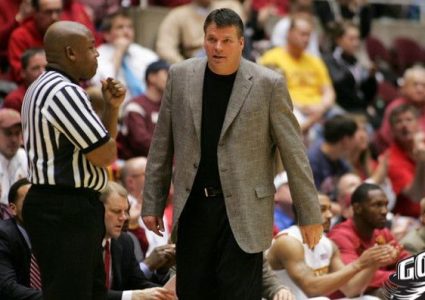