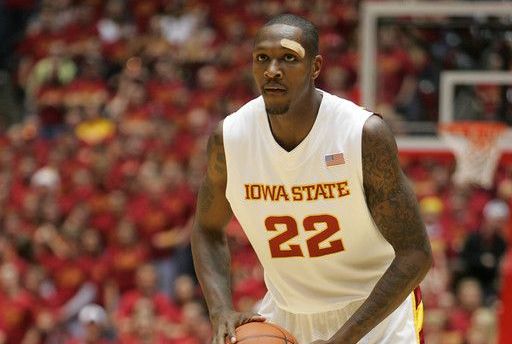 Happy Monday evening Cyclone fans! I hope that all is well with you and yours on this beautiful day after Valentines Day in central Iowa.

I have a confession to make to you tonight. I planned on having a long column on the possible Big 12 realignment ready for you this afternoon but it simply is taking me too long. I won’t have it up on the site until tomorrow.

Frankly, all of this talk of realignment is making my head hurt. The problem is that guys like me, who really have no clue as to what is going to happen, keep writing and talking about what potentially could be a giant story that would shape the future of college athletics. In return, fans get riled up. Then, they start talking…and here we are today with probably a lot of inaccurate information floating around the Internet. Gotta love it.

Today, Lee Barfknecht of the Omaha World Herald put it best when he wrote, ”The breathless ‘reporting’ of random tidbits and the endless speculation over bald-faced rumors is another disturbing sign of how today’s 24-hour news cycle values filling time and space over finding facts.”

Very, very true Lee. I take offense to a lot of that but he raises a good point. Up to now, EVERYTHING is speculation.

Speculation can be fun though. So I plan on doing a whole lot of it and making Mr. Barfknecht (who is a very respected journalist) cringe in tomorrow’s blog.

This topic has seemed to really spark all of you Cyclone Fanatics. CLICK HERE to join the very lively conversation that is taking place on our Big 12 forum.
The Dendy saga

I wasn’t able to attend today’s men’s basketball press conference due to some other CycloneFanatic.com business but from the sound of things, LaRon Dendy is still a member of the Iowa State men’s basketball team.

Reports from today’s press conference state that Dendy will be in uniform on Wednesday night when Oklahoma State comes to town.

This is yet another tough decision that is staring Greg McDermott right in the face. Do you play Dendy on Wednesday night? From an outsiders perspective, the young man was gone an awfully long time for his great-grandmother’s funeral. I’m not going to rip him for it. Maybe he was very closed with his loved one, who unfortunately passed away. But according to reports, it has been over a week since Dendy last practiced with the team. Can he really play on Wednesday?

If Iowa State wants to make the NIT, they absolutely have to win against the struggling Cowboys. LaRon Dendy’s contributions would help a lot.

Don’t look now, but Bill Fennelly’s Cyclone women’s basketball team is now ranked 13th nationally. Earlier today, I got to thinking about this. At the beginning of the year, we were all questioning if this team would be in contention to make the NCAA Tournament. Now, they’re ranked a lock to make the Big Dance and will have home games in the first two rounds.

Fennelly should be the Big 12’s Coach of the Year but the award will likely go to Nebraska’s Connie Yori. That makes sense. The Huskers are undefeated and ranked third in the country. They are also Iowa State’s Wednesday night opponent.

Think about what this year’s team has done though. They haven’t missed a step from last year’s squad that went to the Elite Eight. And if Fennelly can find an adequate point guard for next year, with a very bright frontcourt, Iowa State should once again be a serious contender in the Big 12.

We haven’t talked about it much on CF over the past week but there is still an open spot in Iowa State’s football coaching staff. Remember, Chris Ash left for Wisconsin a little over a week ago.

We’ll keep you updated on this story here at CF over the next week.