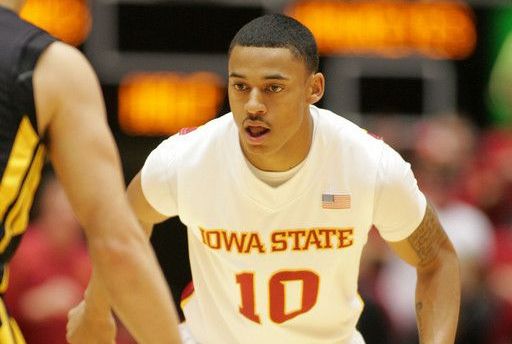 For the first time in history, Iowa State and Duke will meet in men’s basketball action tonight. This dual will take place in Chicago’s storied United Center with an 8 p.m. tip on ESPN 2. Duke (12-1, 1-0) is the fifth-ranked team in the country. Do the Cyclone have a chance to pull off the upset? Let’s break this thing down.

Breaking down the Blue Devils Duke’s one loss this season came to Wisconsin in the Big Ten-ACC Challenge. The Badgers won the game by a 73-69 final.

Cyclone fans will hear the names Nolan Smith, Jon Scheyer and Kyle Singler a lot this evening. All three Blue Devils are averaging over 15 points per game.

Iowa State’s toughest match-up in the game just might come against Singler though. At 6-foot-8, 230-pounds, the junior out of Medford, Ore. constantly harasses opposing defenses because of one reason according to Iowa State head coach Greg McDermott. That is his versatility.

“He’s made the move from playing primarily as a power forward last year to more on the wing this year,” McDermott said. “He has got a very good in between game. He can stop at any time off the dribble and shoot it or get all of the way to the basket. At the same time, he shoots a good enough percentage from the 3-point line that you have to respect that.”

Marquis Gilstrap will primarily be assigned Singler tonight. Gilstrap has had a tough week. It’s Singler tonight, just after he defended one of the nation’s best in Aubrey Coleman of Houston on Sunday.

“It will be an interesting match-up for Marquis,” McDermott said. “He’ll be on him a lot. As will a couple of other guys if they get switched onto him.”

Scheyer is the Blue Devil who Cyclone fans really don’t want to get hot. He’s a 43.0 percent 3-point shooter on the year and leads the team in scoring at 18.8 points per game. He’s also a 90.7 percent free throw shooter, so Iowa State will avoid putting this guy on the line at all costs.

Iowa State’s basketball team was assigned to watch Duke play Clemson on Sunday night. What the Cyclones saw was an epic first half defensive performance. Duke held Clemson to 12 first half points in route to a 74-55 win.

Other impressive Duke wins this season have come against the likes of: Arizona State, UCONN, St. John’s and Gonzaga.

Breaking down the Cyclones Does Iowa State belong on the big stage? The Cyclones will have a giant opportunity to prove that they do this evening.

Read those stats again and tell me this isn’t a big game.

If Iowa State is in fact going to be a real player in the Big 12 this season, there is no better way to prove it than by at the very least giving Duke a legitimate scare on national television tonight.

Prediction This is how I see this game going. We all know that Iowa State is talented and athletic. I honestly think that Iowa State has players with enough ability to hang with Duke.

I also look at it this way. Iowa State fans have been talking about this game since they found out about it. Regardless of what they tell the media, this one means a lot to the Cyclone players as well.

Iowa State could very well come out and play their best game of the season tonight in Chicago, based off of emotion alone.

Will it be enough though? I don’t think so. Having said that, I firmly believe that the Cyclones will show up and put up an awesome fight.

Then, there’s the Duke side of the equation. The Blue Devils posses top of the line talent and one of the greatest coaches in the history of college basketball. But this is just another game to the Blue Devils. Yes, it’s in Chicago, at an NBA arena, but that’s about where it ends for this storied program.

Will they match Iowa State’s intensity? Will they need to? Those are major questions.

At the end of the day, Duke is really, really salty. Some experts think that they’re playing as good, if not better, than anybody in the nation.

I just don’t think that we have seen enough out of Iowa State so far this season to pick the upset. I think that the Cyclones will hang, but in the end, the Dukies will be too much.