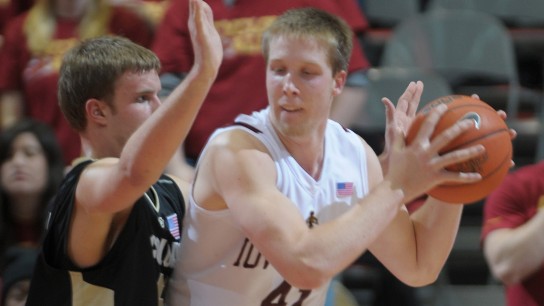 Good news Iowa State basketball fans. The Cyclones will have their starting center back in the starting lineup when second-ranked Texas comes to town on Wednesday night.

After missing Saturday’s two-point win over North Dakota State with a concussion, Justin Hamilton told CycloneFanatic.com on this morning that he’ll be back and ready to go when the Longhorns and Dexter Pittman enter Hilton on Wednesday evening.

Hamilton practiced with the team on Monday morning.

“I was a little light-headed and stuff but that was expected after missing four days,” Hamilton said.

Hamilton has had a history of concussions that date back to when he was a child.

“I have had quite a few in high school, middle school, just playing sports, biking and stuff like that,” Hamilton said. “So I know how my body will react to things.”

Iowa State desperately missed Hamilton down low against the Bison on Saturday. The undersized Bison scored 30 points in the paint against Iowa State. North Dakota State outrebounded Iowa State 47 to 39.

“It was kind of frustrating just because I had never missed a game yet,” Hamilton said about watching from the bench. “I was a little antsy trying to get out. I was trying to stay positive for our team. They were a little hesitant on things.”

Hamilton also said that the Cyclones are pumped up to take on Texas, who will likely be the number one team in America come Wednesday night.

“It is good. We have a tough team coming in and we all need to do all of the little things to get better.” 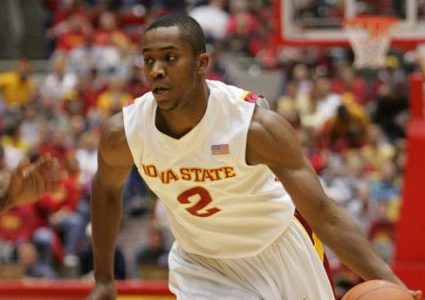 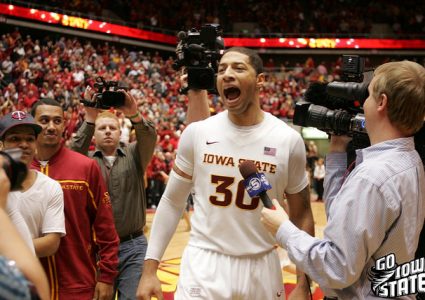